The latest Smite update brings new, challenging foes to the battleground of the gods – in the form of a Battle Pass. Available now on Xbox One, each skin is themed to represent a final boss from an epic gaming adventure. Gear up to vanquish these villainous characters and become victorious in Smite.

“When we were thinking about boss battles, we weren’t just thinking about going up against a boss that has to be defeated with brute strength,” says Lead Designer AJ Walker of Smite. “So these skins are intended to reflect a range of challenges that gamers will be familiar with. From the “dark lord” final boss of countless fantasy games, which inspired The Shadow Guan Yu skin, to the traditional action game bosses that have unique visual themes, which is the thought process that led to The Legion Hades skin. We also wanted to capture the style of boss fights that require as much brains as they do brawn, which is where Elder Djinn Baba Yaga comes from – she’s a bit cryptic and mysterious, so not the kind of boss character you’d necessarily defeat by facing her head on.”

The Final Boss Battle Pass has over 100 rewards! When you purchase the Battle Pass, you’ll instantly unlock The Legion Hades, a terrifying creature consumed by the lost souls in Hell. Then, keep playing Smite to earn more rewards like skins, a loading frame, death stamp, and more. With the Battle Pass Plus, you can instantly unlock everything up to the Elder Djinn Baba Yaga skin! The Elder Djinn is an ancient soul who is summoned by various subjects to have their wishes granted. However, what they don’t realize is that once a wish is uttered, Baba Yaga becomes their master, consuming their soul. This is also Baba Yaga’s first skin since her release.

The Grim Omens storyline continues with Mulan’s quest to find the cause of corruption and decay happening in the Smite universe. Heimdallr, Zeus, Olorun, and more come together to find that the world tree Yggdrasil is sick, and as Persephone arrives, conflict arises. Make sure to log-in to find out what happens in this chapter of Grim Omens!

Plus: with the updated event, comes new skins!  One of my personal favorites is The World Kitty Jörmungandr skin. He is absolutely adorable while terrifying the battleground with his size. This new skin and equally exciting ones like Lunar Explorer Chang’e are now available through the Grim Omens Event.

We here at Titan Forge Games hope you enjoy The Final Boss Update and we can’t wait to see you on the battleground of the gods. 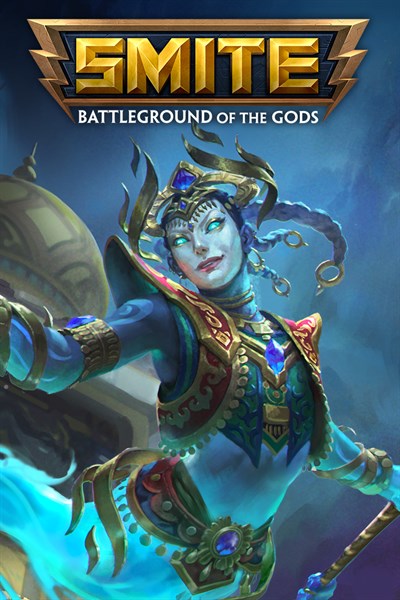 ☆☆☆☆☆ 1329
★★★★★
Get it now
Xbox One X Enhanced
Enter the Battleground of the Gods Join 35+ million players in SMITE, the world’s most popular action multiplayer online battle arena. Become a legend of myth, enter the Battleground of the Gods, and play FREE now! 100+ Gods Unleash each deity’s unique strategies, legendary weapons, and earth-shattering powers. Rain lightning down upon your foes as Zeus, assassinate from the shadows as Loki, or transform and trick your foes as the Monkey King, Sun Wukong. Which God will you choose? Unique Perspective Unlike other MOBAs, SMITE puts you directly onto the battlefield with a third-person action viewpoint. From blind-side ambushes to aimed shots, a new pantheon of strategic possibilities awaits. Become Godlike Never played a battle arena before? Don’t worry. Auto-buy, auto-level, and the deathmatch-like Arena mode let you jump right into divine MOBA action. Aspiring pro? Top the ladders, join a competitive team, and you too could be playing at the SMITE World Championship. © 2012 – 2020 Hi-Rez Studios, Inc. "SMITE", "Battleground of the Gods", "Titan Forge Games", and "Hi-Rez Studios" are trademarks or registered trademarks of Hi-Rez Studios, Inc. in the U.S. and/or other countries. All trademarks and copyright material are property of their respective owners. All rights reserved.