Skull and Bones is set to launch November 8, bringing the pirate fantasy to Xbox Series X|S. Set in the Indian Ocean during the Golden Age of Piracy at the end of the 17th century, Skull and Bones’ world is teeming with opportunity and chaos. People have traveled here from across the world in search of untold riches, but without grit and wit, they’ll never survive. It’s up to you to write your story and earn your fortune by plundering riches on a journey from outcast to kingpin. As you sail from arid Africa to the tropical East Indies, you’ll face deadly wildlife, raging seas, and, of course, enemy merchant and pirate ships.

Naval combat is the cornerstone of Skull and Bones’ gameplay – and is crucial for your survival. You can craft and sail up to 12 different ships, each with varying speed, health, and capacity stats, as well as unique perks for greater adaptability. Equip your ship with fearsome weapons like cannons, mortars, ballistae, torpedoes, and more. Whether you like to charge headfirst into a fight or sneak up on your enemies, these ships and their equipment can be customized and upgraded to fit your playstyle.

You won’t have access to all 12 ships at first – you’ll need to unlock bigger, more powerful ships by gaining infamy. There are 10 Infamy Tiers, which you can climb by completing contracts from vendors, local factions, and pirate kingpins. Each tier you unlock gives you access to more ships, upgrades, resources, and tools. Gathering resources from the diverse biomes within Skull and Bones’ world is also a major part of gameplay, and is imperative for every pirate’s success, as these precious resources are the only way to craft upgrades to your ship, weapons, and tools from unlocked blueprints. Just be mindful of your ship’s cargo limits!

You can play Skull and Bones solo, or team up with up to two other players – or enable PvP battles to see who is the most ruthless pirate. Skull and Bones is a live-service game, and each season will bring new content, contracts, and challenges. Do you have what it takes to survive, thrive, and rule on the open seas? Find out when Skull and Bones launches on November 8 – Long Live Piracy. 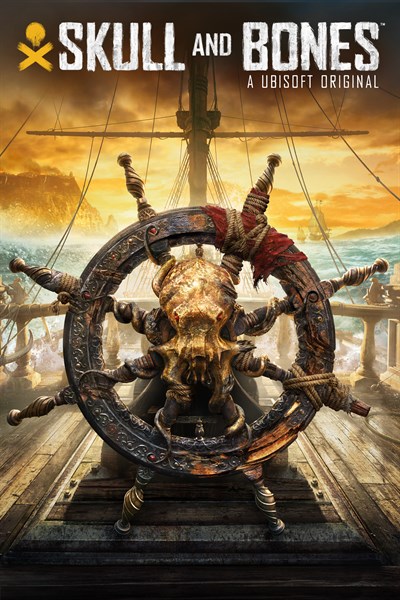 ☆☆☆☆☆
★★★★★
$69.99
Pre-order
Pre-order now to get the Highness of the High Sea Pack, which includes the Notoriety Garb and Coronation Firework. Enter the perilous paradise of Skull and Bones™ inspired by the Indian Ocean during the Golden Age of Piracy, as you overcome the odds and rise from an outcast to an infamous pirate. – Grow your infamy to gain access to more resources and opportunities as you take on riskier contracts to gain the most loot.
– Craft up to 12 ships and customize them with a variety of weapons and armor to maximize your chances for success.
– Be wary in this untamed open world inspired by the Indian Ocean. There are predators lurking around every corner.
– Choose how you want to take on the seas. Sail solo or team up with two friends to watch your back in either PvE or PvEvP.
– Get two buddy passes to invite your crew for a free trial.