The Ruiz brothers at Adafruit have used Phillip Burgess’s PixieDust code to turn a 64×64 LED Matrix and a Raspberry Pi Zero into an awesome sand toy that refuses to defy the laws of gravity. Here’s how to make your own.

Simulated LED Sand Physics! These LEDs interact with motion and looks like they’re affect by gravity. An Adafruit LED matrix displays the LEDs as little grains of sand which are driven by sampling an accelerometer with Raspberry Pi Zero!

As the latest addition to their online learning system, Adafruit have produced the BIG LED Sand Toy, or as I like to call it, Have you seen this awesome thing Adafuit have made?

The build uses a Raspberry Pi Zero, a 64×64 LED matrix, the Adafruit RGB Matrix Bonnet, 3D-printed parts, and a few smaller peripherals. Find the entire tutorial, including downloadable STL files, on their website.

Alongside the aforementioned ingredients, the project utilises the Adafruit LIS3DH Triple-Axis Accelerometer. This sensor is packed with features, and it allows the Raspberry Pi to control the virtual sand depending on how the toy is moved. 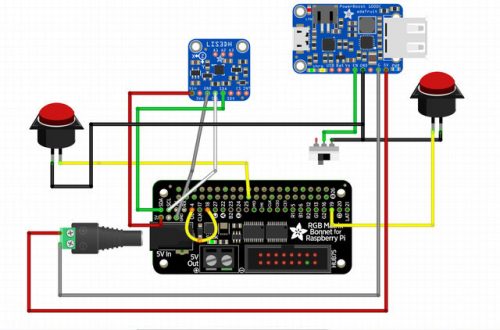 The Ruiz brothers inserted an SD card loaded with Raspbian Lite into the Raspberry Pi Zero, installed the LED Matrix driver, cloned the Adafruit_PixieDust library, and then just executed the code. They created some preset modes, but once you’re comfortable with the project code, you’ll be able to add your own take on the project.

This isn’t the first time a Raspberry Pi has met an accelerometer: the two Raspberry Pis aboard the International Space Station for the Astro Pi mission both have accelerometers thanks to their Sense HATs. 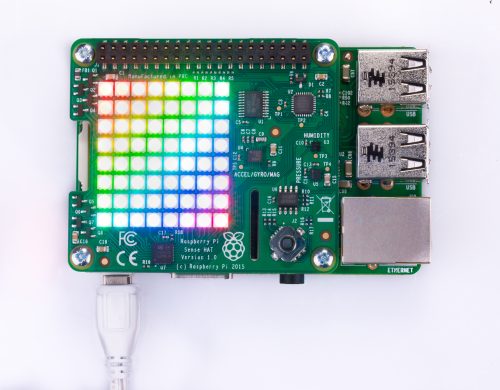 Comprised of a bundle of sensors, an LED matrix, and a five-point joystick, the Sense HAT is a great tool for exploring your surroundings with the Raspberry Pi, as well as for using your surroundings to control the Pi. You can find a whole variety of Sense HAT–based projects and tutorials on our website. 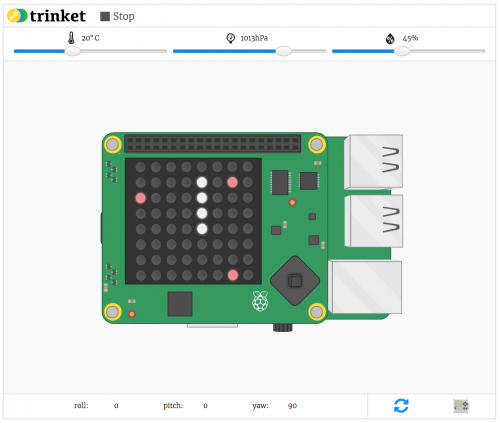 And if you’d like to try out the Sense HAT, including its onboard accelerometer, without purchasing one, head over to our online emulator, or use the emulator preinstalled on Raspbian.