KartRider: Drift is the latest iteration in the KartRider franchise, a free to play racing game with a global audience of over 300 million players. With fierce competition and huge fans of the kart racing genre, the KartRider franchise has made revolutionary changes to ensure an expansive, accessible, and engaging game that appeals to newbies and diehard racing aficionados alike. The closed beta will start June 3, 2020.  You can sign up now and pre-download the game to get a head start on June 1, 2020, details below.

Players seeking personalized gameplay are sure to love the endless opportunities for customization, including seasonal updates featuring new karts, characters, skins, tracks, and more. Competitive gamers will appreciate Speed Mode, demanding precision controls and a high skill level to succeed, and cross-platform functionality means no barriers – anyone with a PC or Xbox One can participate and play with friends anytime, anywhere.

If you are seeking adrenaline-fueled, high-skill competition; love the thrill of arcade gameplay; and demand inexhaustible options to customize karts and characters; KartRider: Drift exceeds expectations. With stunning graphics only the Unreal Engine 4 can deliver, KartRider: Drift is complete with challenging gameplay and personalization that every virtual racer craves.

KartRider has been around since 2004, when Nexon first launched the online, multiplayer racing franchise. It has become hugely popular in Asia and beyond, amassing an incredible 300 million players during its 15-year run. As a franchise, KartRider has established a strong brand across Asian markets and a huge eSports presence in Korea with the official league starting in 2005. It continues to be the longest running eSports league to date.

With competitive, drift-fueled racing action, distinct game modes, kart and character customization, and a blend of fictitious and branded game models based on real-world cars, KartRider has become one of the top 10 grossing mobile games in China. It is estimated that about 25% of the population of South Korea has played the game, and with KartRider: Drift, a Western audience will have the same opportunity to enjoy this immensely popular franchise.

After completing a previous closed beta, KartRider: Drift is offering a second opportunity for players to try out the game before it is released later this year. The game features two main play modes: Item Mode and Speed Mode.

Item Mode is ostensibly for newbies or those who want the opportunity to learn the game and play with family and friends of different skill levels. This mode features the fun and gratification of item pick-up, where gameplay is enhanced by items like speed boosts, magnets, UFOs, water bombs, and more that can impact the race. It’s a thrilling and refreshing way to compete and enjoy virtual racing.

Speed Mode, on the other hand, is for seasoned gamers seeking intense, skilled competition.  Unique to the kart racing genre, this competitive mode is eSports ready. Players will need to hone their racing and drifting skills to gain speed boosts and become real contenders. Speed Mode is marked by precision controls, an advanced drift system, and highly-skilled gameplay in a lightning-fast environment.

Regardless of the play mode you prefer, customization is a major draw in KartRider: Drift.  The closed beta will introduce a new character, Diz, and deliver new karts, tracks, and skins for existing characters. Racers will have the opportunity to paint karts, create unique decal designs, and upgrade with license plates and new accessory balloons and character emotes. All closed beta 2 participants will receive special login rewards.

This closed beta will also showcase new functions, including a Racing Pass and new Racing School, where players of all levels can work to improve their racing skills in single-player mode.  A new user interface and HUD (including rear view mirror) round out upgrades.

When added to the cross-platform setup, which promises no barriers, no pay walls, and no pay to win elements, KartRider: Drift is poised to become the overnight sensation in the West that it’s become in Asia.

To learn more about KartRider: Drift, visit the official KartRider website. You can also register for a chance to join the second closed beta. If you’re invited to play, you’ll receive an acceptance email, after which you can pre-download the game starting June 1, 2020.  If you participated in the first closed beta, you will automatically be invited to join the second. See you on the track! 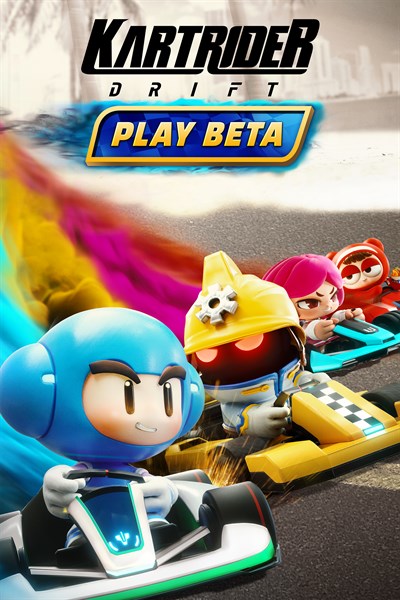 ☆☆☆☆☆
★★★★★
Get it now
Welcome to the newest free-to-play title in the popular multiplayer racing franchise with over 300 million players! KartRider: Drift is the only free-to-play, cross-platform kart racer where arcade thrills, the fastest drift fueled skilled competition, & deep kart + character customization in stunning Unreal® Engine 4 graphics awaits you on the track. Challenge your friends across platforms with no barriers, no Pay Walls, & no Pay To Win elements preventing you from having a great time while topping the leaderboards. Created from the ground up for dynamic, online gameplay there’s new content being added regularly and huge content updates every Season. No Limits.

Related:
Have a Spring Fling with Trove on Xbox One
Top Tips for Huntdown, the Action Comedy Arcade Shooter Launching Today on Xbox One
Tony Hawk’s Pro Skater 1 and 2, Radically Remastered and Coming to Xbox One on September 4