Since the very beginning of time, the Realm has been in peril. Be it calamitous threats rivaling the scourges of old, or the unbridled ambitions of evil men, fate has always conspired against the Realm. It was in defiance of this injustice that the Outer Tribunal was formed – bolstered by their mission to enact judgment and restore order. But for true justice to prevail, the order would need more than pious judges – they would need an Executioner. Enter: VII. VII is one whose past is chronicled upon the gravestones of the wicked. He is a collector of tithes made in guilty blood. He undertakes missions that would break most men & enforces justice with ruthless force and deadly precision. VII, the Right Hand of the Outer Tribunal, is the newest playable Paladins Champion!

VII is the newest flank Champion to join the Paladins roster. His heavy SMG allows for quick shifting between burst fire, automatic and mag dumping – making him a deadly force as he effortlessly adapts to his enemies attacks.

VII also instills fear with his other abilities, like Explosive Dodge, which allows him to quickly dive in a direction, dropping an explosive trap in his wake. VII’s Grappling Hook ability allows him to grapple to walls & stealth drop on his enemies. Finally, VII’s ultimate is Decree 77 – a deadly ability which allows him to target up to five enemies with his Mask & unleash devastating damage. When you’re on VII’s list, there is nowhere to hide from his brass masked gaze.

Alongside VII, there are exciting new updates coming to Paladins including an all new game mode – Siege: Beyond! Just like in Siege: Core, players will play against opposing teams to capture & secure the payload to earn points. However Siege: Beyond will feature rotating gameplay features called ‘Schisms’ which will allow players to experience classic Siege gameplay in new and exciting ways! Several rotating Schisms will debut throughout the year with the first Schism of 2022 will be an all-new Item Shop. This new Item Shop will give players more unique combinations of Items to choose from than ever before, ensuring no two Siege Beyond matches are ever the same!

In addition to Siege: Beyond, the legendary Rambo enters the Realm as February’s exclusive Prime Gaming Reward! Live for nothing or die for something with this bombastic new skin for Viktor, available to all Xbox players when you link your Hi-Rez and Prime Gaming accounts!

This update also includes an all new Abyss Hunter Academy Event Pass, a new Ranked Reward Will.0 Skin, new Limited Time Modes, and more! Track down your enemies as VII, crush demons with the Abyss Hunter Academy Event Pass, or lock and load as Rambo in the Season 5: Schism update, available now in Paladins across all Xbox platforms! Download today. 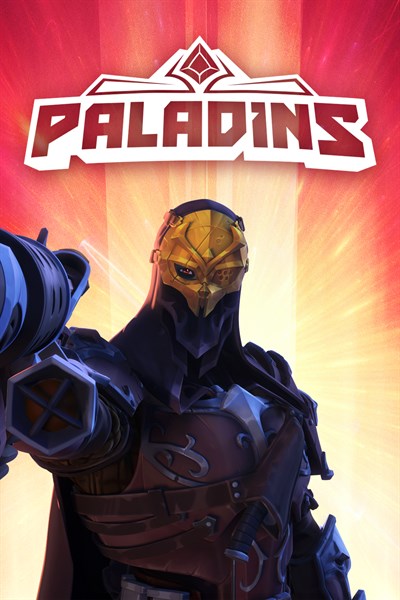 ☆☆☆☆☆ 556
★★★★★
Get it now
Xbox One X Enhanced
Join 50+ million players in Paladins, the free-to-play fantasy team-based shooter sensation. Wield guns and magic as a legendary Champion of the Realm, customizing your core set of abilities to play exactly how you want to play. © 2015 – 2021 Hi-Rez Studios, Inc. "Paladins", "Champions of the Realm", "Evil Mojo Games", and "Hi-Rez Studios" are trademarks or registered trademarks of Hi-Rez Studios, Inc. in the U.S. and/or other countries. All trademarks and copyright material are property of their respective owners. All rights reserved.