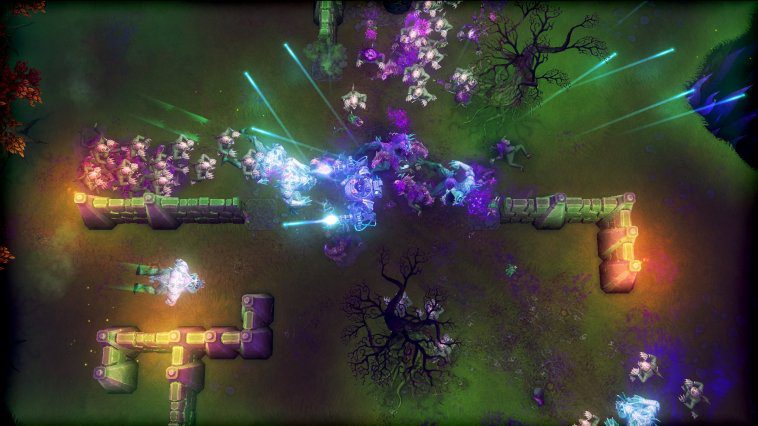 Tesla vs Lovecraft is a rush of a twin-stick shooter, and everyone here at 10tons is abundantly delighted we now have a date for the Xbox One release: March 16! Launching a game is always exciting, but I’d like to take the opportunity to share some of the excitement during development as well.

You might think that after making top-down twin-stick shooters like Crimsonland, Neon Chrome, Jydge, and Time Recoil, we’d have solid routines to just put a plan together and know exactly what our next shooter would be like. While we certainly have plenty of genre expertise, things are rarely as simple as that. 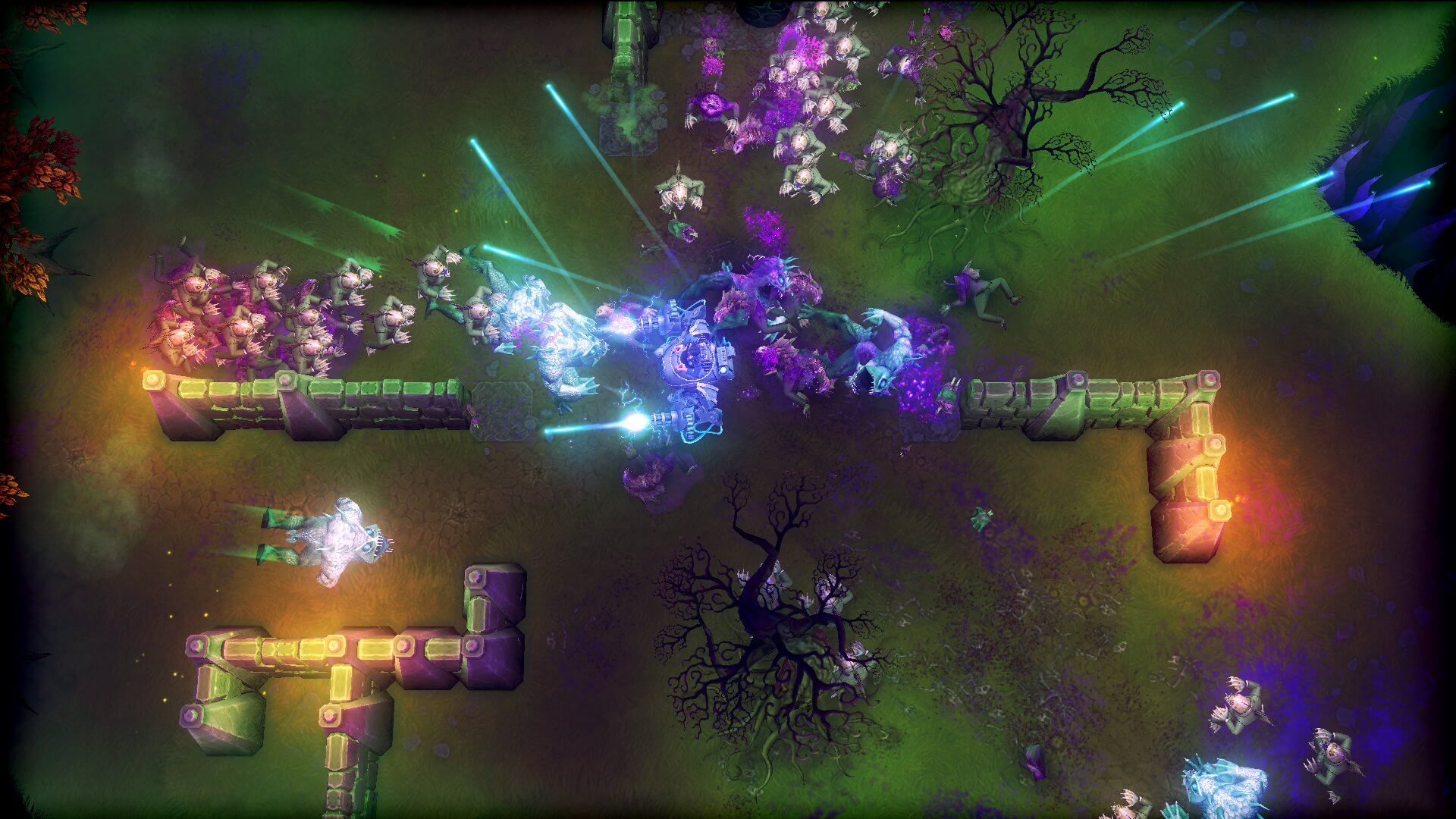 Tesla vs Lovecraft started its life more than two years ago. We had finished the colossal project of upgrading our engine to 3D graphics, and the first game to use that capability was Neon Chrome. The idea was to make a simpler arena based twin stick shooter, something roughly along the lines of Crimsonland, but with the new tech. But as we weren’t making a Crimsonland sequel, we needed another theme.

The first concepts and prototypes of Tesla vs Lovecraft were in fact about wizards, even the internal work title was simply Magegame. With a skeleton crew of one developer, we tried all sorts of gameplay mechanics, the most notable one being the ability to teleport a short distance. It ended up in the final game as the Quantum Teleport. 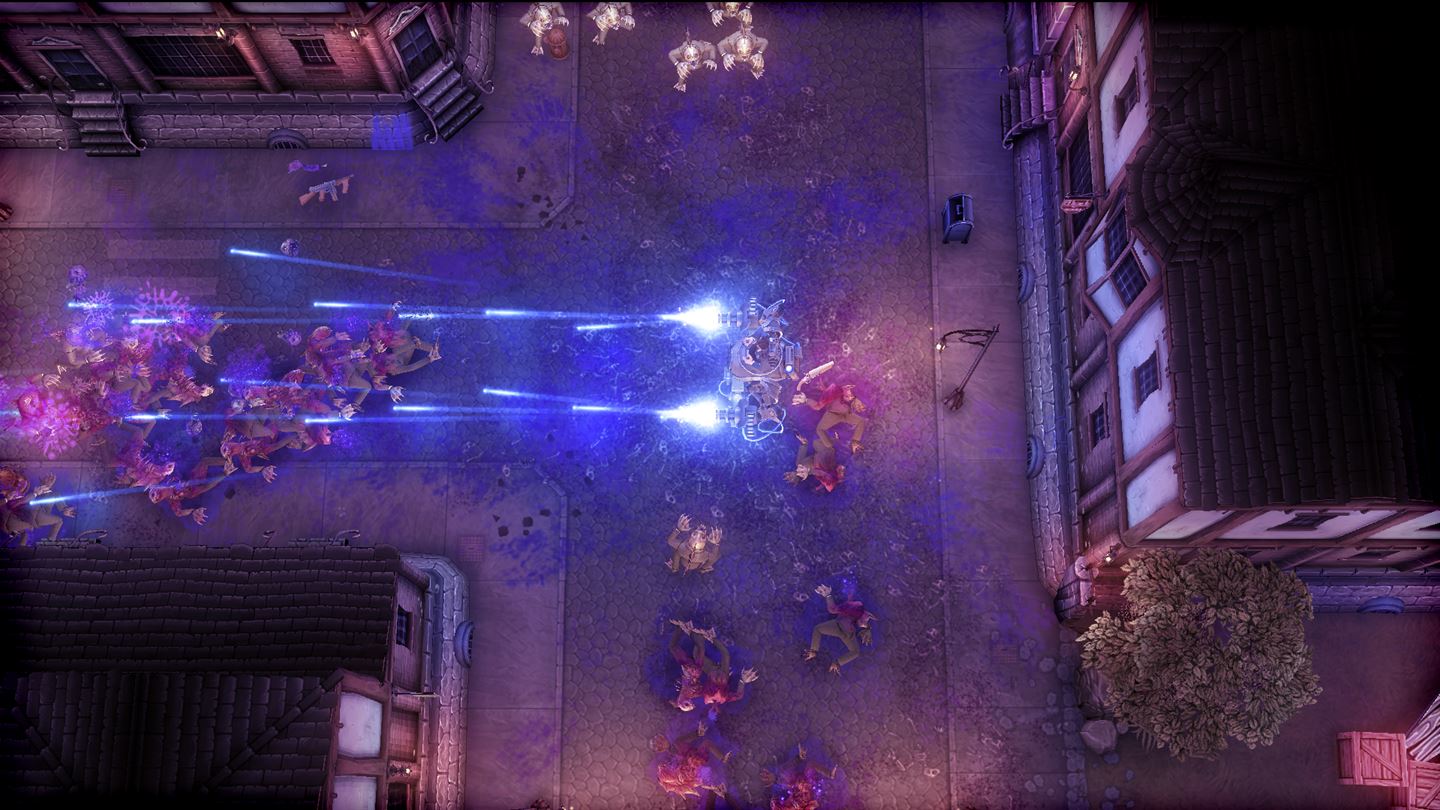 Back then it also became apparent that making a great game wasn’t enough any longer, you also need a catchy marketing hook. We searched high and low for something with the right amount of uniqueness to stand out, but also with enough popular culture relevance for people to latch on to. We felt like being onto something by replacing wizards with a bunch of scientist from the golden age of scientific discovery, like Marie Curie, and by having the antagonists be some of the most iconic monsters of roughly the same period, like the Frankenstein’s monster.

Then, as almost a year had passed and the time to start production with a full team loomed, a revelation struck: What if we removed all the other scientists, and made Nikola Tesla the game’s hero. And maybe remove all the other monsters, and just leave H.P. Lovecraft the villain? We could call the game… Tesla vs Lovecraft. Heureka! 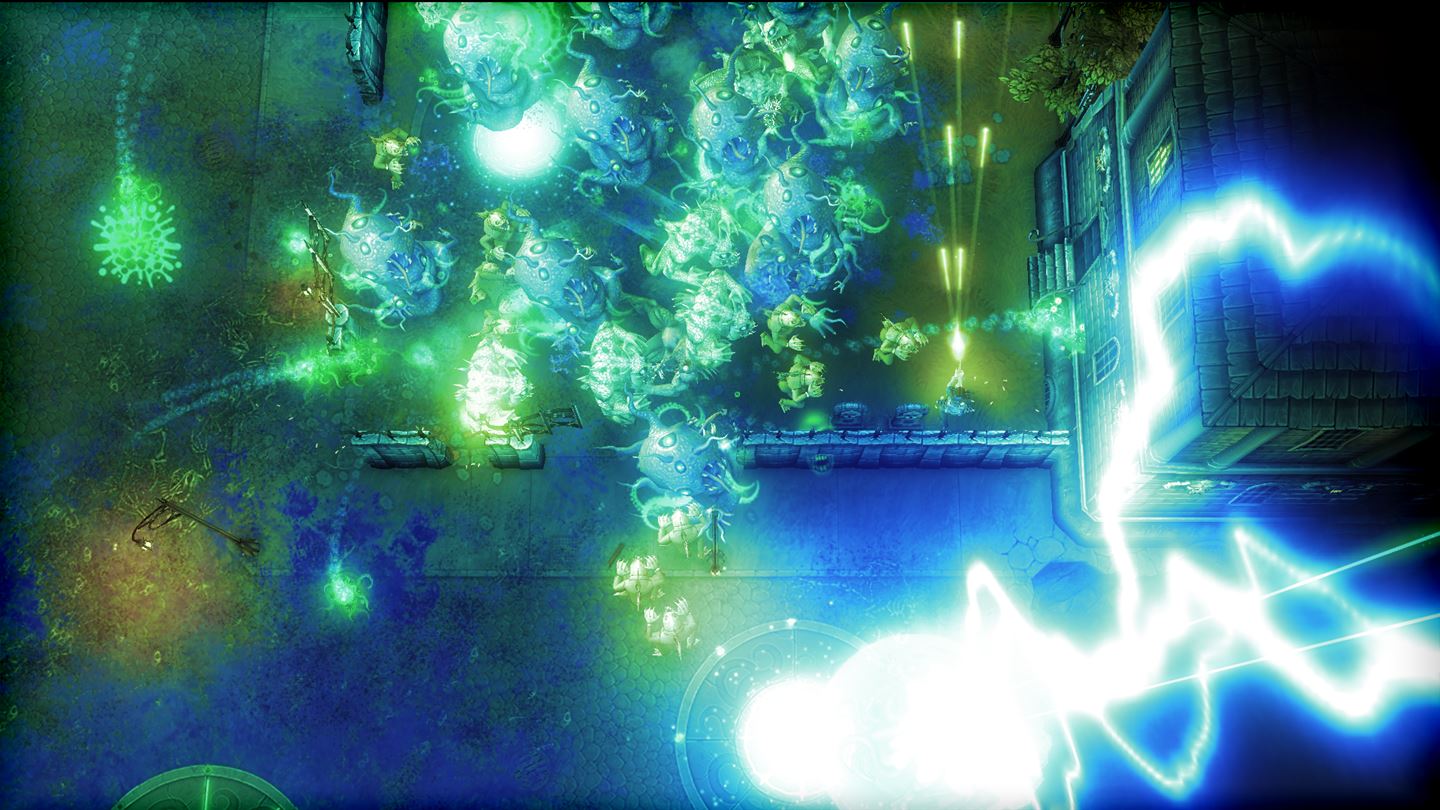 Not only does Tesla vs Lovecraft sound like a very cool shooter title, it practically paints the boxshot for us: H.P. Lovecraft riding something with lots of tentacles, eyes, and fangs, with Nikola Tesla riding something awesome equal in size, like… A Tesla-Mech? How cool is that! We didn’t have a battle robot mechanic in the game at that time, but we sure had room for another key feature in addition to the teleportation. And what a feature it turned out to be; pretty much every gamer reacts with at least a chuckle, some with maniacal cackle, when they call down the Tesla-Mech for the first time.

With that, we had the elements of Tesla vs Lovecraft in place. Fast forward a year, and the game is now heading for Xbox One. I hope you like it!

Related:
Tips and Tricks to Get You Started with Shoppe Keep
New Preview Alpha 1804 System Update – 3/5/18
Xbox Insiders Receive Thanks from the Robocraft Infinity Team