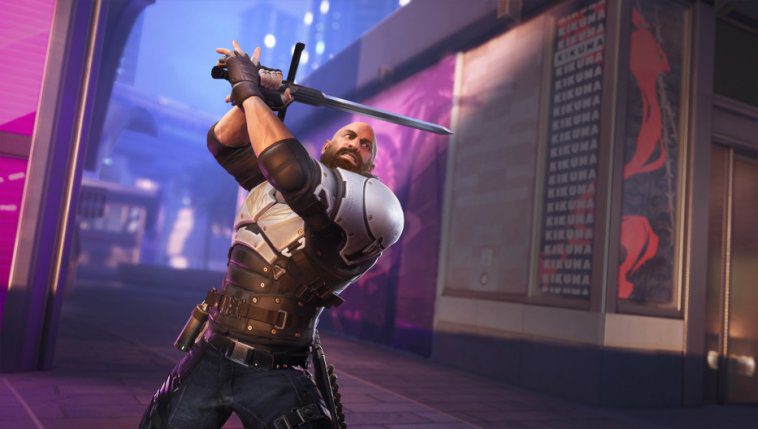 Rogue Company Season Two starts now! Featuring an all new Battle Pass, new rogue, and more, this season of Rogue Company is shaping up to be our biggest yet – read on for all the exciting details about our Season Two update!

Rogue Company has always seemingly existed beyond the reach of the law – until now. All of that changes with the introduction of Mack, an unrelenting Justicar agent who will stop at nothing to bring those he’s charged with to justice. What happens when an elite vigilante force who considers itself above the law collides with a man who considers himself to be the very embodiment of the law? Find out in Rogue Company Season Two!

Mack’s main tools for law enforcement are Conviction and Objection – and we aren’t talking about courtroom maneuvering, we’re talking about his trusty guns, which can be used to lay down major suppressing fire on the battlefield! If the fight gets up close and personal, Mack is always prepared with his massive claymore. This powerful sword, a weapon which hails from Mack’s home in the Scottish isles, can do some serious damage in close quarters. A defender who excels at repelling attacking enemies, Mack also comes equipped with his Lightbomb device, which can temporarily blind anyone on the opposing team who is caught in its blast!

Season Two also introduces an all-new Rogue Company Battle Pass. Incarcerated by Mack, Ronin’s new Prisoner 625 outfit headlines this Battle Pass — she may be locked up for now, but no one can keep Ronin under lock and key for long! Players advancing through this Battle Pass will also unlock Golden Absque Lancer, Urban Explorer Gl1tch, and Wasteland Scavenger Phantom, as well as dozens of other rewards! Every player will earn free rewards during Season Two, whether or not they’ve unlocked the full Battle Pass — meaning you can dive in today and start earning free rewards!

A new Rogue is great, but how about a whole new battlefield to test his mettle? A top-of-the-line training facility which has succumbed to a surprise attack by Jackal, Breach is an all-new Rogue Company map which also debuts with Season Two. Countless Rogues have trained for deadly missions in this facility, but now comes their most important mission yet — defending their home base when an enemy brings to fight to their doorstep!

New Battle Pass. New rogues. New maps. New events. Rogue Company Season Two promises to be the biggest yet for Rogue Company, and you can play it free today on Xbox One and Xbox Series X|S! 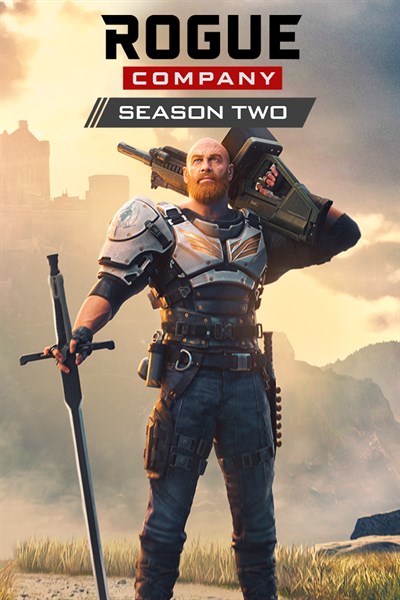 ☆☆☆☆☆ 491
★★★★★
Get it now
Xbox One X Enhanced
The world needs saving and only the best of the best can do it! Rogue Company is the third-person tactical action shooter that puts the fate of the world in your hands. Suit up as one of the elite agents of Rogue Company, each with their own individual set of skills, and go to war in a variety of different game modes. Download and play FREE now! Rogue Company is action packed with no shortage of weapons, gadgets, and style. The mission starts now. Save the Day, Look Good, Get Paid.