The Assassin’s Creed series lets players dive into several different re-creations of historical eras and places — and from Ancient Greece to Victorian London, they’re all rife with intrigue and filled with opportunities to parkour across ancient rooftops on the hunt for Templars and other shadowy conspirators. If you’ve missed any, the Assassin’s Creed Franchise Sale runs until October 25, and it’s a chance to experience the secret history of the Assassins and Templars for some of the lowest prices ever.

Assassin’s Creed Valhalla, available for Xbox One and Xbox Series X|S, lets you explore the Viking Age as Eivor, a raider carving out a permanent home for their clan on the shores of England — and it can be yours for up to 50% off. That 50% discount also applies to the Gold Edition and Ultimate Edition, which include access to this year’s Wrath of the Druids and The Siege of Paris expansions. Taking you to Ireland and Francia, respectively, the expansions offer huge new territories to explore and conquer as you battle a sinister druidic cult and the armies of a greedy, ambitious monarch.

If you’re looking for even bigger savings, Assassin’s Creed Origins is up to 80% off, offering a journey back to Ancient Egypt during the reign of Cleopatra. Here, you’ll take on a father’s quest for revenge, form a secret society known as the Hidden Ones, and explore (and climb around on) timeless landmarks including the Sphinx and the Great Pyramids. Assassin’s Creed Odyssey (up to 75% off) jumps even further back in time to Ancient Greece, inviting you to experience the life of a mercenary who wields mysterious powers as Sparta and Athens battle for control of the land.

That’s a lot of history to discover! You’ve got until October 25 to save big on the series, so if there are any eras you’ve been curious to jump into, don’t sleep on these deals. Check out the Assassin’s Creed Franchise Sale here.

☆☆☆☆☆ 468
★★★★★
$59.99 $29.99
Get it now
This game leverages Smart Delivery allowing access to both the Xbox One title and the Xbox Series X|S title Build your own Viking legend at 60 FPS and in 4K resolution on Xbox Series X. Become Eivor, a legendary Viking warrior. Explore England's Dark Ages as you raid your enemies, grow your settlement, and build your political power in the quest to earn a place among the gods in Valhalla. – Lead epic Viking raids against Saxon troops and fortresses.
– Relive the visceral fighting style of the Vikings as you dual-wield powerful weapons.
– Challenge yourself with the most varied collection of enemies ever in Assassin's Creed.
– Shape the growth of your character and your clan's settlement with every choice you make.
– Explore a Dark Age open world, from the harsh shores of Norway to the beautiful kingdoms of England.

☆☆☆☆☆ 505
★★★★★
$59.99 $14.99
Get it now
Xbox One X Enhanced
Write your own epic odyssey and become a legendary Spartan hero. Forge your destiny in a world on the brink of tearing itself apart. Influence how history unfolds in an ever-changing world shaped by your choices. LEGENDARY SPARTAN HERO
Embark on your journey from outcast to legendary Spartan hero. ANCIENT GREECE AWAITS
Explore an entire country full of unexpected encounters in untamed environments and bustling ancient cities. CHOOSE YOUR PATH
Your choices shape the world around you. Play in a living world that constantly reacts to your every decision. FIGHT EPIC BATTLES
Charge into epic clashes between Sparta and Athens in battles pitting 150v150 soldiers against each other.SAIL THE AEGEAN SEA
Recruit crewmembers and customize your ship as you explore and battle your way on the open seas. 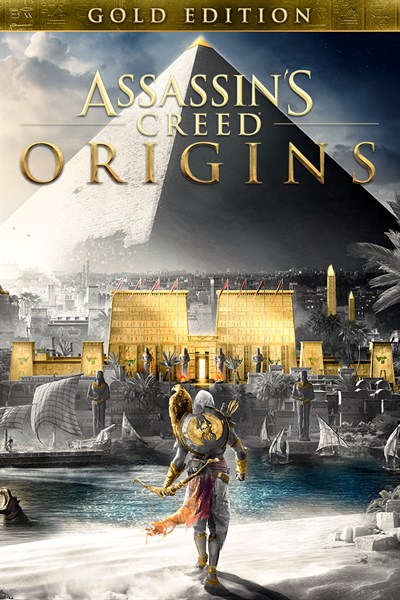 ☆☆☆☆☆ 408
★★★★★
$99.99 $19.99
Get it now
Xbox One X Enhanced
Over 50 E3 Awards & Nominations ASSASSIN’S CREED® ORIGINS IS A NEW BEGINNING The GOLD EDITION includes the game, the Deluxe Pack, and the Season Pass, giving you access to all major expansions. The Deluxe Pack includes:
– The Ambush at Sea mission
– The Desert Cobra Pack (including 1 outfit, 2 legendary weapons, 1 legendary shield, and 1 mount)
– 3 Ability Points The Season Pass includes:
– The Hidden Ones DLC
– The Curse of the Pharaohs DLC
– The Roman Centurion Pack (including 1 outfit, 2 weapons, 1 shield, and 1 mount)
– The Horus Pack (including 1 outfit, 2 bows, 1 shield, and 1 mount)
– Free Helix Credit Pack & Day 1 Weapon Ancient Egypt, a land of majesty and intrigue, is disappearing in a ruthless fight for power. Unveil dark secrets and forgotten myths as you go back to the one founding moment: The Origins of the Assassin’s Brotherhood. A COUNTRY TO DISCOVER
Explore this vast and unpredictable land. Within its beauty lies deadly and various wildlife. A NEW STORY EVERY TIME YOU PLAY
Engage in multiple quests and gripping stories as you cross paths with strong and memorable characters. EMBRACE ACTION-RPG
Experience a completely new way to fight with many weapons and abilities against unique bosses. 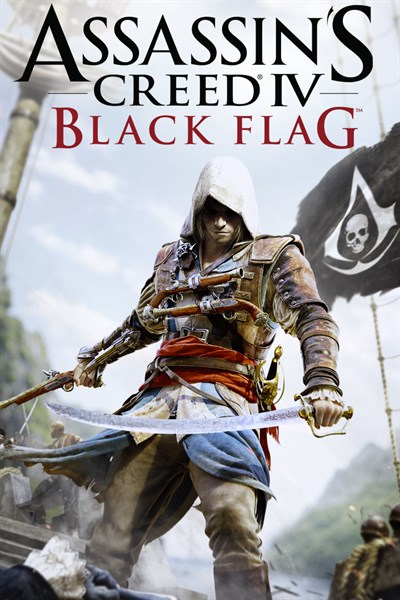 ☆☆☆☆☆ 1857
★★★★★
$29.99 $8.99
Get it now
It is 1715. Pirates rule the Caribbean and have established a lawless Republic. Among these outlaws is a fearsome young captain named Edward Kenway. His exploits earn the respect of legends like Blackbeard, but draw him into an ancient war that may destroy everything the pirates have built.