Launched in 2014, Girls Make Games provides a service that’s near and dear to our hearts here at Xbox: inspiring the next generation of designers, creators, and engineers to change the world. As an organization, Girls Make Games aims to increase gender diversity in the both the video game industry and in STEM fields. To that end, the team offers a series of summer camps, workshops and game jams that have reached over 6,000 girls in 52 cities worldwide, and they’re growing every year.

We are very proud to have been supporting them from the start, and we’re even more excited to share that we’ll be hosting another camp on the Xbox campus this summer.  The camp will run from July 8 to July 26 and will allow girls 8-17 to learn about designing, programming, and pitching their own video games. The Girls Make Games team says the camp’s attendees “will work in teams to create fully functional games while meeting and interacting with video game industry professionals in the region.” 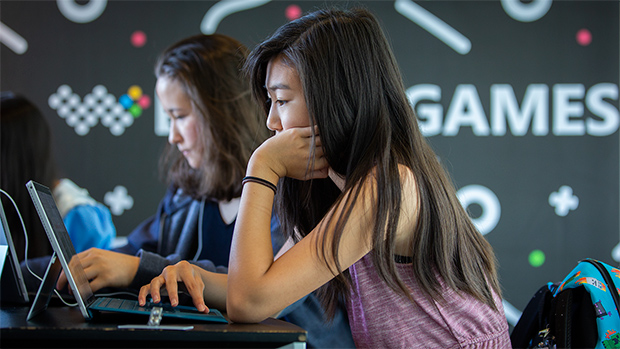 We’re also happy to announce that there will be scholarship and financial aid opportunities for summer camp participants. During the camp, attendees will learn about the many different roles that bring a video game to life, including Game Design, Game Art, Level Design, Narrative Design, Audio Engineering, and Game Music. We’ll also be partnering with our neighbors at Nintendo with shared activities for girls attending either the Xbox and Nintendo camps.