Hi, everyone! We’re thrilled to finally launch The Sinking City on Xbox One and we have prepared something special for you today. The Sinking City is a game of investigation and adventure taking place in a fictional world inspired by the works of H.P. Lovecraft. You step into the shoes of Charles Reed, a 1920s private investigator tortured by his past and seeking to salvation while exploring a strange flooded city. Before you dive in though, we wanted to share a few pages from Charles Reed’s personal journal, to shed some light on our hero’s somber past…

…He was screaming in agony, shaking and twitching in disbelief as he was bleeding from deep, ragged wounds on both legs and chest. His apparel was soaked with blood, huge crimson stains all over his shirt, so you couldn’t even make out the name of the poor fella.

The bomb that had hit our ship wiped out almost a third of the crew in an instant, leaving dozens of others injured and maimed. Me, I was just standing there, petrified, but mostly unharmed… if you don’t count fragments of debris grazing my face.

“Oh God, this will certainly leave scars”, I thought to myself, trying to clean the blood from my face with the back of my palm. Funnily enough, this realization made me even more panicked. I always knew war was hell, but could never imagine it would be such a minor injury that would put me on the verge of a mental breakdown.

“Charles! Charlie!” I suddenly heard a voice from afar. “Get your ass down here and help me! Now!”

I was never fond of being called “Charlie”, but I guess it was no time to focus on petty things like that. I rushed to help the doctor, a 24-year old boy who seemed to be keeping his composure, way better than I was.

That was a few months ago. Our ship was completely destroyed by the Germans, now resting on the ocean bed like that British liner that sank a few years ago. I, along with some others, was saved by a friendly troopship. Since then, I requested a transfer to the USS Cyclops, an enormous collier that transports resources for the Navy. Frankly, I couldn’t care less about its purpose, just wanted to get away from blood and deaths. 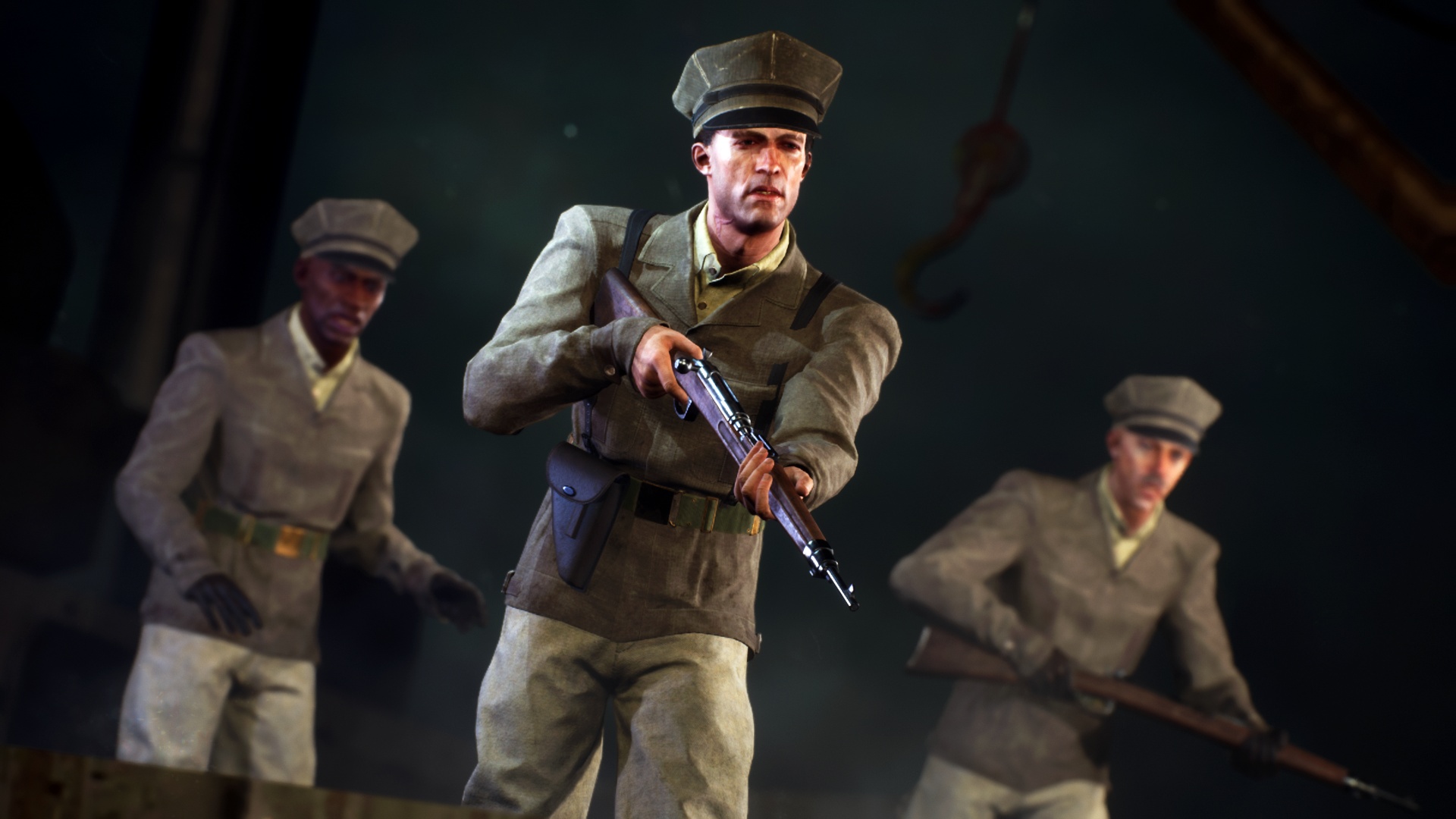 At first, it was easy, boring even. Exactly what I wanted for myself. We would deliver troops, coal and other materials to our allies, to fuel their ships. These voyages would take weeks, but I didn’t mind. I enjoyed the callous view of the vast, endless ocean.

A couple of weeks ago they gave us a new cargo, God knows how many tons of manganese ore. They use it to make steel. We were supposed to bring it from Rio to Baltimore. That’s not that far from my home in Boston.

At first, there was nothing extraordinary about this voyage. Sometimes, we would spot unidentified vessels on the horizon, but they would never react to our signals. I thought it was strange, but didn’t have a reason to care. As I said, at first.

With each passing day our captain grew more aggressive and agitated, yelling at the sailors over the slightest mishaps. Never seen him being so abusive, acting as if he was possessed. He wouldn’t explain what came over him, but I could tell whatever plagued his mind was clearly infectious.

“Look, look, in the water!” a deeply horrified voice pierced the air one day. “Please, tell me it’s not real!” it begged. We all rushed to see whatever was out there, only to find a gigantic patch of rotten seaweed drifting nearby. “I swear I saw a giant eye, like… like it was staring at me”, the voice tried to explain, embarrassed. “I’m sorry, I… I haven’t slept in days…”

‘You are not the only one, moron, but you don’t see me making a fuss over nothing’, an angry thought flashed through my brain as I touched the scar under my right eye. Truth be told, I was really scared.

Recently, I learned a few of my crewmates had had the same dreams as me – underwater ruins of inexplicably weird structures, like the remains of a city built by an ancient race. They even described it using the same words that I would. Think there was also something else in there, like a huge heap of flesh, but I cannot tell if it was a dead whale or something else… 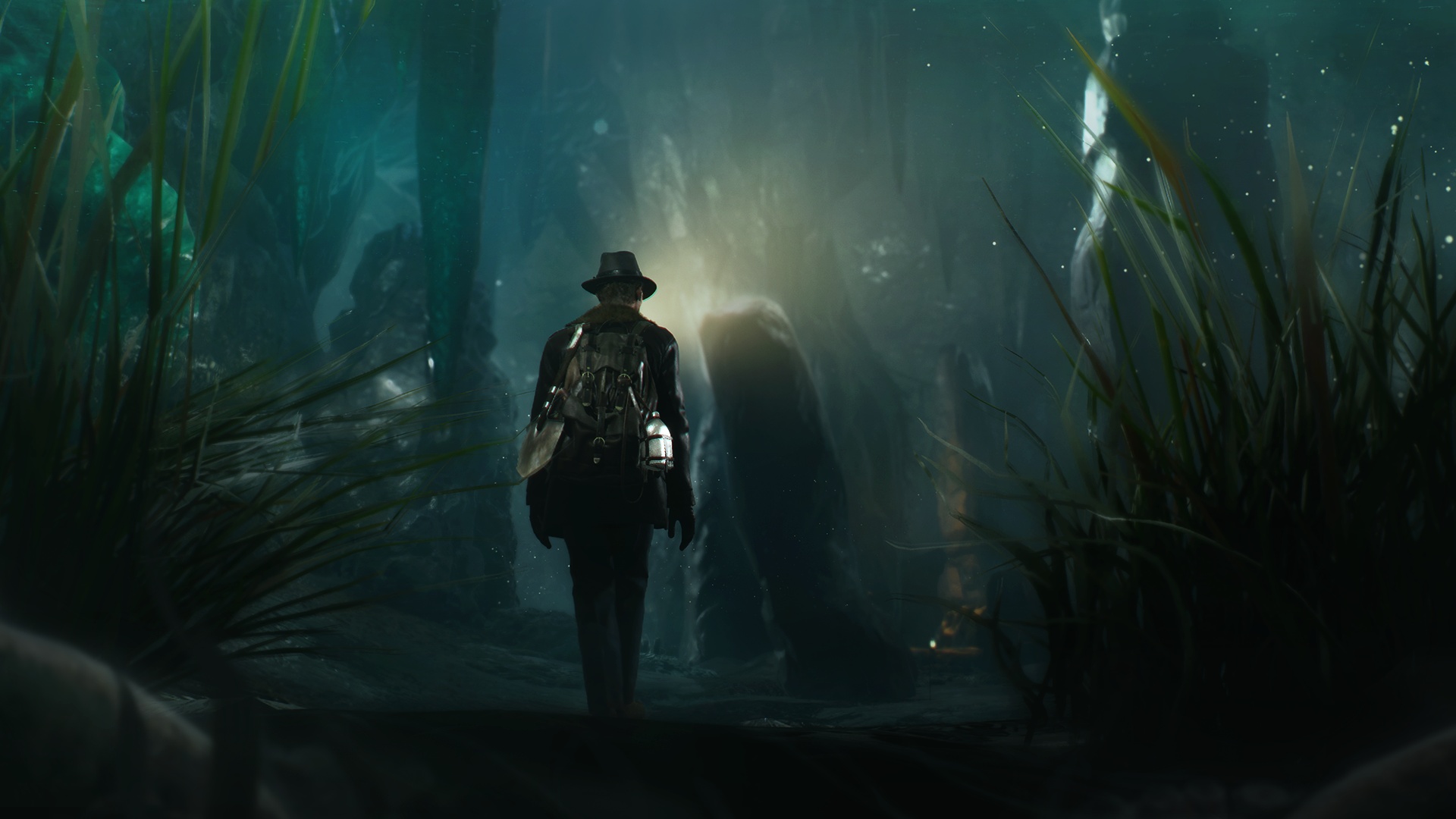 In the next few days things got really bad. Nobody I spoke with had been able to fall asleep, as if there was something in the air that kept them awake. They were all mumbling like madmen, letting out random gasps like you would if you saw a ghost. We gave up on any attempts to beg our captain to send a distress signal, after he locked up a few people in an empty cabin without any food. We’d force him to comply, yet he managed to get quite a few bulky fellas to support his deranged leadership. Would a riot have been better than the reality? I guess it wouldn’t have changed anything.

“Oh my god, what is happening?” the screaming woke me up from my troubled sleep. 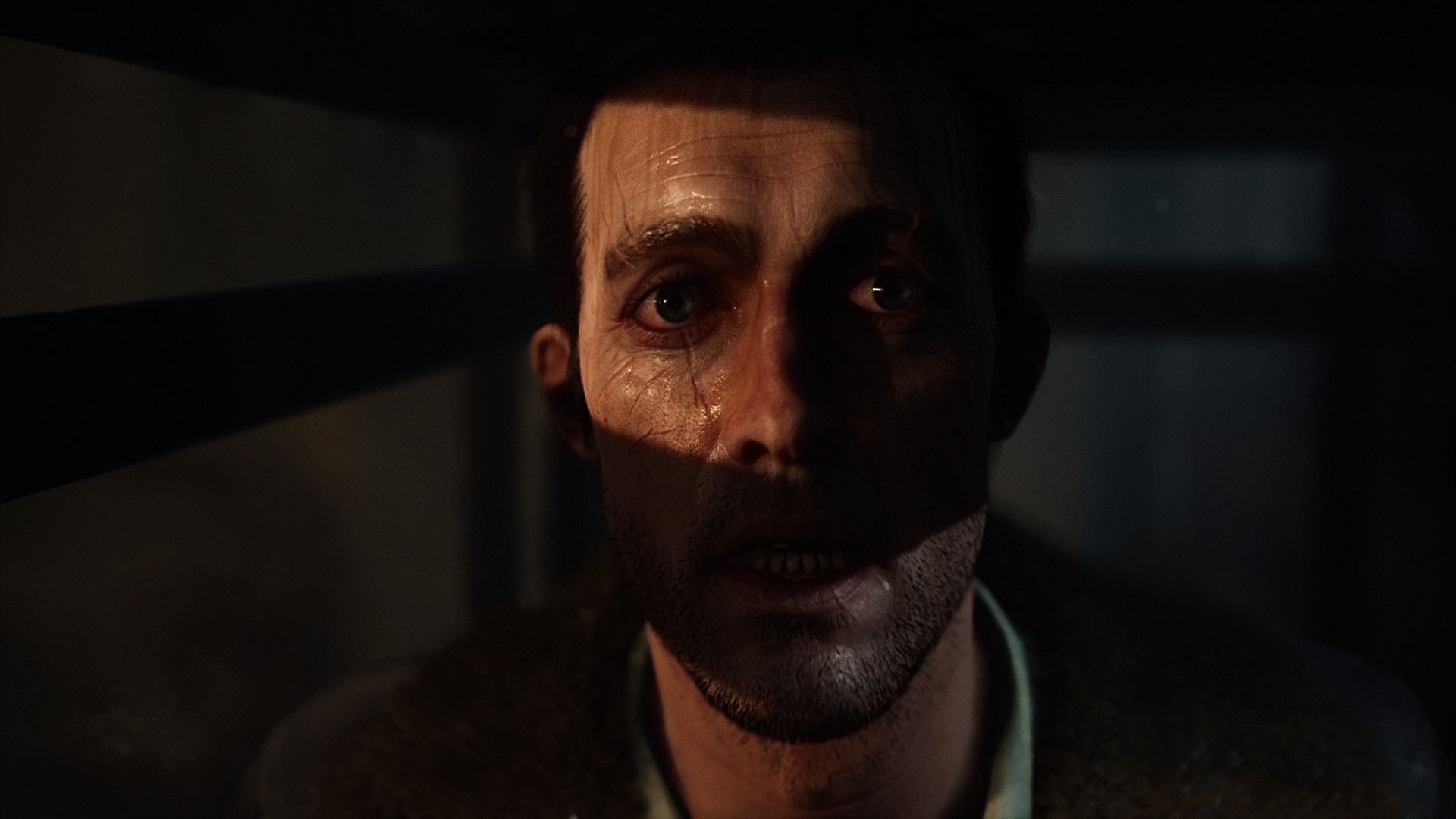 The whole ship was trembling, like somebody – or something – was trying to snap it in half. Trying to stay calm, I peeked outside. I don’t know if I really saw what I saw, but that was the moment my sanity took a devastating blow. That was when I went mad.

The ship was hanging above the water. It was being held like a toy in what appeared as the monstrous limb of a humongous creature, so titanic that its upper body was covered in clouds. Before it dropped the vessel, it landed a brutal blow crashing the mast and turning the sailors underneath it into a bloody pulp. The fall literally kicked me out into the water, but I didn’t notice that. 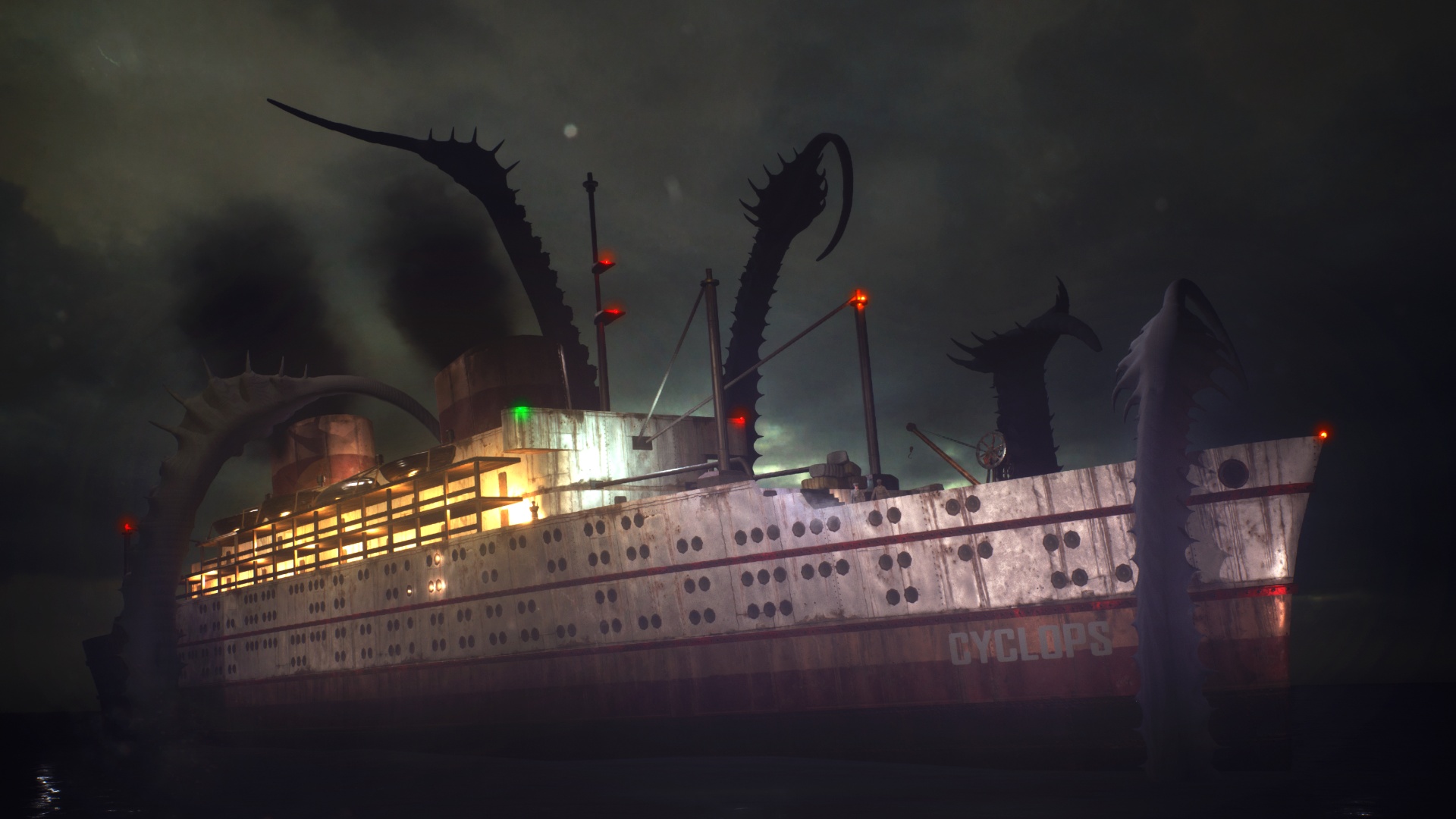 I couldn’t keep my eyes off that creature. It was grandiose. I had never witnessed anything so significant, yet I cannot possibly describe it. I think I recognize the patterns of a biped body, but all proportion where off, and I think I also saw wings on its back. When I try to recall it, I believe I also noticed enormous tentacle-like creatures that protruded from the water, but I have no idea what they were.

I have no idea about anything anymore. I’m drifting in the ocean, surrounded by bodies and debris. The creature, if it was real, is gone now. It’s so peaceful now. I like it that way.

We are still putting Charles’ notes in order, so stay tuned for Part 2 of The Sinking City‘ s short story in a couple of days!

The Sinking City is available now for Xbox One on the Microsoft Store. Click here for additional purchase details.