For Vanessa Bradley and Martin Spendiff, collectively known as VEEB, the scenario came up because their “lovely” neighbour sometimes watered their houseplants, but the plants didn’t always survive the experience. To save any more plants dying, they designed a carefully calibrated mechanism that would test whether the soil was dry enough for the plant to need watering, provide “a squirt” if needed, then check whether more moisture was required and apply it. Raspberry Pi was an obvious choice as they’d built a number of projects based on it before, some of which we’ve covered previously in The MagPi. 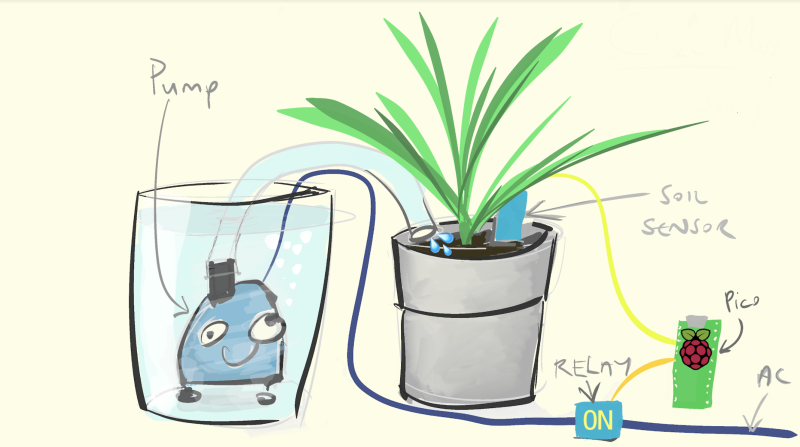 Vanessa originally worked in IT and Martin as a scientist, but they were “a bit bored” of their professions and became photographers instead. Their respective technical backgrounds and flair for visuals took off during lockdown, documenting their creations at veeb.ch. “We always had Raspberry Pi computers dotted about doing stuff. During lockdown we started building things that were a bit more involved,” Martin explains.

He says one of the real pluses of using Raspberry Pi is documentation. They used a Pico for their plant watering project, which meant losing some of the Python libraries in the switch to MicroPython, “but there isn’t a huge leap from [Raspberry Pi] Zero to Pico and there is an elegant simplicity to a little board that just does one thing, the moment that you turn it on.”

If it ain’t broke…

VEEB projects tend towards the weird and slightly wacky, such as an old Teasmade linked to a Google Calendar and a Boombox Jukebox. “The general pattern that has emerged is taking some simple/older technology, linking it to newer tools, figuring out something that could be useful, making a simple proof of concept,” says Martin. 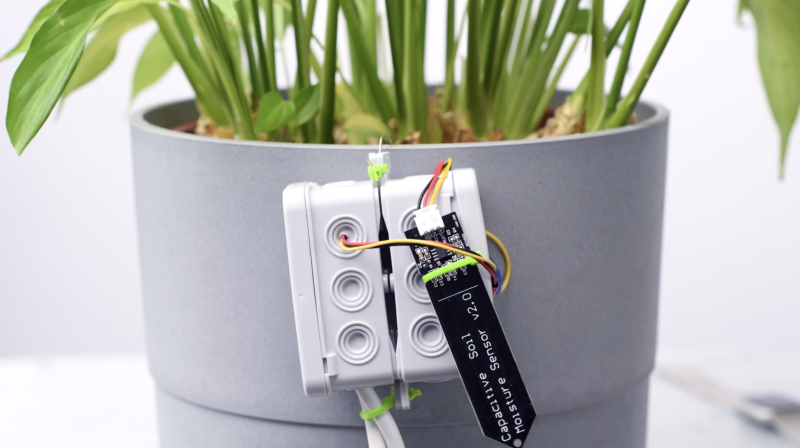 Clive Moss the Window Box Boss, as the Pico Plant Waterer has been named, is really a revamp of a VEEB project which cooks burgers in a water bath. “It’s a pretty general-purpose controller that can be applied to various situations that require some sort of monitoring/intervention.” Aside from the switch to Pico, little hardware was needed beyond what they had lying around. Martin and Vanessa bought a cheap fish tank pump and got any extras they needed from the local hardware store.

“We took the burger cooker, removed the screen and controls, and popped it all in a waterproof box. The only part we made was bending a paper clip to hang it on the side of a plant pot.” 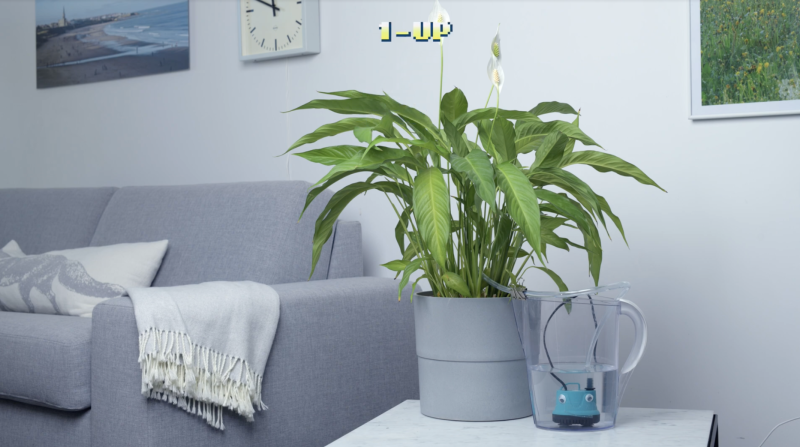 Watering a plant is only half the equation; the other part is checking whether the soil is sufficiently wet. As Vanessa notes, “not all types of plant require the same level of moisture.” Although the moisture sensor helps provide this information, common sense is needed too: Martin admits the first time they trialled the setup, all the water was pumped into the plant pot at once. “We were too stupid to remember that the siphon effect was a thing, so on the first run of the code we just looked puzzled as a couple of gallons of water emptied into a plant pot while the pump wasn’t even turned on.” Moving the water tank further away helped. “The distance between water source and sensor means that when it has dried out, it drops a lot of water at once. This was initially an accident, but it turns out it promotes root growth.“