Some of you may have noticed something different about this particular pair of Operators, which makes them stand out from their other CTU counterparts. That’s because they’re biohazard specialists, and for good reason: Operation Chimera not only includes these two Operators, but also a new cooperative event called Outbreak, in which these new Operators will join Smoke, Ying, Buck, Kapkan, Ash, Doc, Tachanka, Glaz, and the Recruit in Truth or Consequences, New Mexico to contain an extraterrestrial parasite in its quarantine zone, and prevent it from turning more of the locals into gruesome Apex monsters. 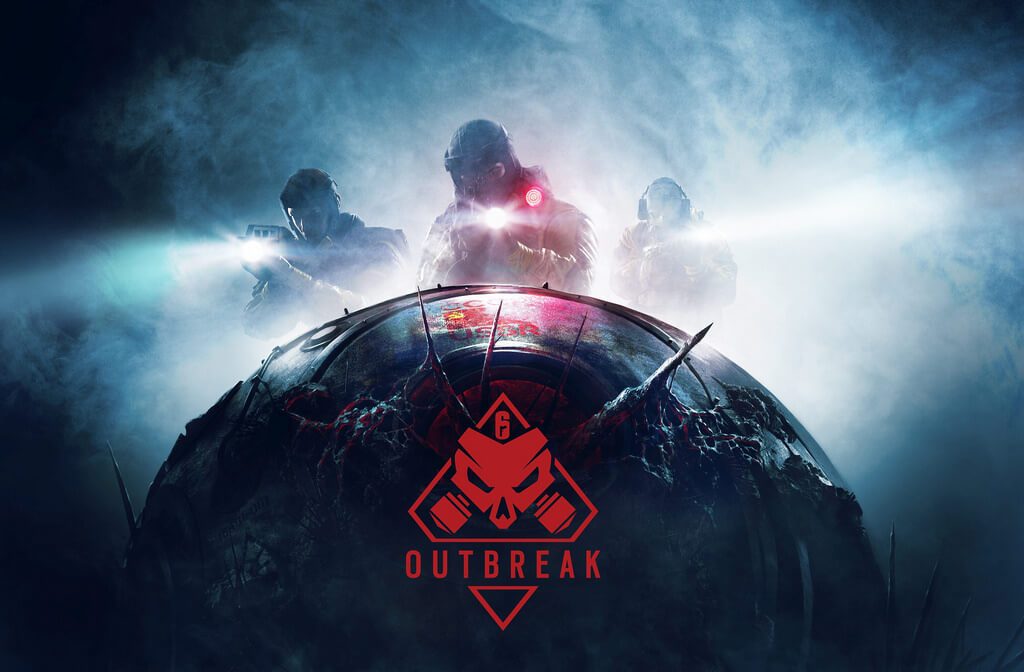 “With Outbreak, we wanted to celebrate Rainbow Six Siege’s third birthday by introducing a big change from Operations we have released in the past,” says Alexandre Remy, Brand Director for Rainbow Six Siege. “We took the key ingredients and mechanics of Siege and placed them in a different context, designing a three-player co-op experience, with a surprising environment, to say the least…”

Outbreak is a free four-week event that starts March 6, and a team of three Operators will be able to tackle it on two difficulty settings: Normal and Pandemic. Normal will be tough for players unless they use teamwork and communication to survive, but Pandemic will push any team to their limits – enemies will pack an extra punch, and friendly fire will be turned on. In either case, the Apex are relentless and will do everything to bust down walls, tear down your defenses, and invade your personal space with extreme prejudice as your team fights through three expansive maps designed for co-op.

“We had a lot of fun building this,” Remy adds. “We can’t wait to see you all discover Outbreak in March.”

Operation Chimera and Outbreak are just the beginning of Rainbow Six Siege’s Year 3 journey. The following Season in Year 3 will include two new Operators from Italy’s CTU, along with a new map located in that country. Two new Operators are also coming in Season Three (one from the UK, the other from the USA) along with a rework of an existing map, while later in the year, Season Four will come charging in with two Operators from Morocco and a new Morocco-based map.

Season Pass owners will get seven-day early access to all new Operators along with exclusive cosmetic items, renown and alpha pack boosters, a 10% discount in the shop, and 600 R6 credits. And if you have yet to try Rainbow Six Siege and want to see what the fuss is about, we’ve got some good news: The Rainbow Six Siege Free Weekend begins February 15 at 5AM PT/8AM ET for PlayStation Plus subscribers. If you like what you see, you can continue your progress in the full version of the game after the Free Weekend has ended.

The Rainbow Six Siege team has been able to create this content due to the support of millions of players, and they can’t wait for you to see what they have in store for Operation Chimera and the rest of Year 3.