Prepare to have your mind bent with the Viveport Video science series Mindbenders | Blogdot.tv

Mindbenders is an all-new immersive VR 360 video series on Viveport Video, allowing viewers to get up close and personal with the principles of science. We sat down to chat with creators Tory Belleci, Kari Byron, and Grant Imahara to hear what inspired them to create this immersive new way to learn about the world around us.

Why is a video based learning experience like Mindbenders so effective?

Kari Byron: When I was a kid, learning science in school was always more fun when we got to get our hands dirty. We had projects where you’d drop the egg off the top of the building. I never really liked it when you sat there and just memorized the components of a cell. My favorites were always when we had some sort of video. We didn’t have a lot of those when I was a kid, so this is a pretty exciting project for me.

How will the Mindbenders series work in the classroom?

Kari: We live in a digital age now. Everything, and I mean everything, is on screens, and that’s how kids see the world. Screens are everywhere. So, if we want them to engage in learning, why not put it on a screen? Make a video. That’s how they’re going to learn. 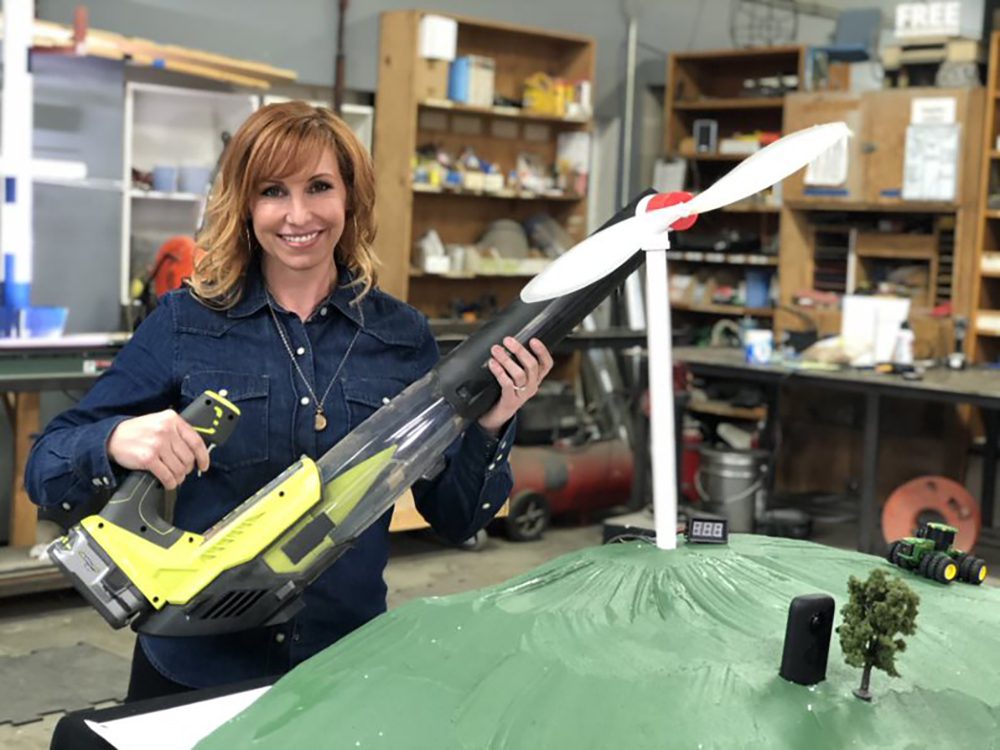 Kari: I’ve been involved in science-based reality television for over a decade now, and a really cool byproduct of it has been that kids started learning science from the shows I’ve been on. It’s like broccoli in the cheese sauce. They didn’t know that they were learning anything. They had so much fun watching, that all of a sudden, they found out they were learning. They’re like, “What? Cool.”

We live in a digital world. There’s screens everywhere, and that’s how kids engage with learning now. So, the Mindbenders learning series is really just playing on their field.

How important to you is getting girls involved with STEM?

Kari: Getting girls involved or interested in STEM, which is science, technology, engineering, mathematics, has become a personal passion project for me. I lost interest in science when I was a little girl, and I’ve really wanted to figure out why. For me, I just needed to see role models that looked like me. So, I feel like when little girls see me interested and excited about science, they’re going to, as well.

How effective is video learning ?

Kari: When I was a kid, I learned out of a textbook. I mean, it was learn the components of a cell. Now, kids have screens everywhere, so it’s really cool to be able to put learning on a screen for them because that’s how they engage.

I’m a mom, and I have watched my five-year-old repeat back infomercials to me. Now, I would really like to harness this for the power of good. I would really like to stick education on to a screen for them. So, the Mindbenders learning series is really… It’s a really selfish project. I want to see my kid learning good things, like STEM, instead of 1(800) numbers.

Why do you think the Mindbenders will be an effective tool in today’s classroom?

Tory Belleci: 02:44 I believe that the Mindbenders learning series is going to be a huge tool in the classroom. I mean, as we know, visual teaching is much stronger than, say, lectures. Because this is all video, it’s going to allow the students to retain that information.

When I was growing up, a lot of it was textbooks or overhead projectors and lectures, and I always found it very hard, because I’m dyslexic, to kind of retain the information. But with the video series, I feel like it’s going to be a lot easier for the kids to understand it and hold on to it. 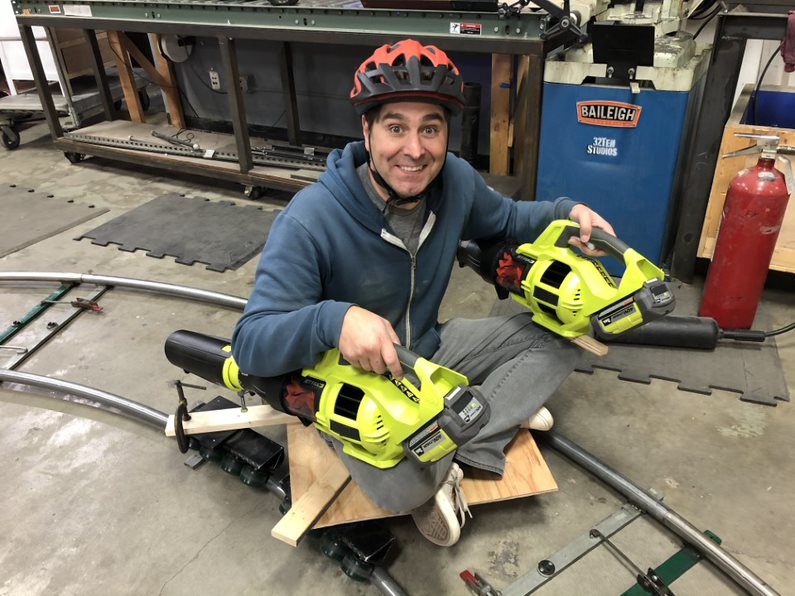 Why do you think it’s important to include a challenge to the kids after they watch the videos?

Tory: It’s so important that we’re including a challenge in each of these videos because it’s not just washing over them. It’s actually having them engaged in what they’ve just learned, and that is the best way to teach, is tell them and then have them do it, and then they’ll be able to hold on to that information.

Do you think this video series is a motivating tool ?

Tory: I think this video series is so motivating because it’s not just telling about the science. It’s actually showing and doing, and that gets the students involved.

What’s the value of showing, both, a small scale and then a big scale experiment?

How important for you is being involved in Mindbenders?

Do you think you’ll be able to turn on kids who traditionally don’t like science to science?…

What are your hopes for this series?

Tory: I’ve been on a science show for 10 years, but it never started out that way. We wanted it to be entertaining, and by default, people learn. So, I’m hoping that we’ll have that same effect with this video series, that we get excited about science, therefore, getting the students excited about science.

Grant Imahara: I think the Mindbenders learning series is going to be really effective because the classrooms are evolving. Kids are different these days. They’re in an on-demand culture. They expect things to come to them that speak to them in a language that they can understand. Traditional methods of teaching just aren’t appropriate these days, and that’s why coming at them with a video series that is cool and fun and neat, that’s something that’s going to get through. 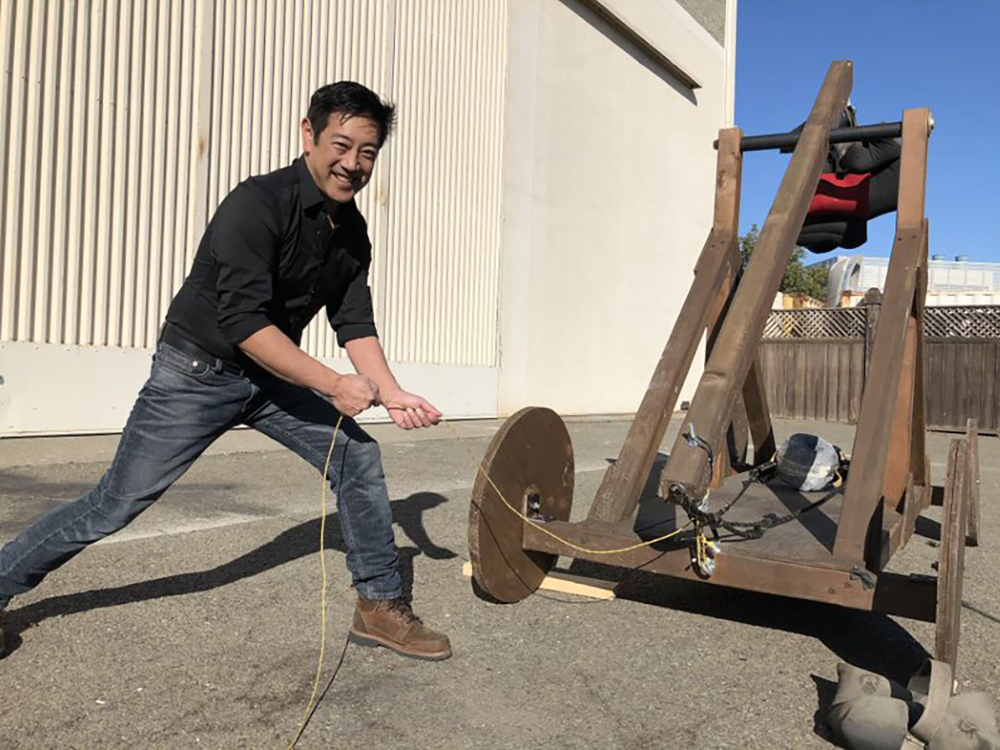 Do you think a video series has more impact on todays students than a conventional textbook?

Why do you think Mindbenders will be effective?

Grant: The thing that’s great about the Mindbenders is that it’s talking to kids in a language that they want to accept, that they understand. The classroom has evolved. The kids have evolved. The traditional methods of teaching no longer apply. If you want to get through to kids, you need to get them something that’s cool, and fun, and exciting, that speaks to them in a way that they’re willing to listen to.

In my experience, over the past 10 years, teachers have been incorporating television shows as media in their classrooms because teaching science in a way that’s exciting is something that they’re looking for, and this gives them that sort of material, that sort of content.

Do you think parents will also be interested in this series ?

Grant: This is the sort of program that parents could also participate in with their kids. I mean, it’s not someone in a lab coat teaching science in a very stoic, boring way. I mean, this is something that’s neat, that everybody can enjoy together.

Why are hands on challenges important?

Grant: The hands-on and thinking-type challenges are important because what we want to do is show the students something cool and fun, and then engage them and bring them into the content by challenging them. There’s nothing that gets someone more motivated than saying, “Look, I’ve done this, but what can you do? What can you do, and how can you make this better?”

How does Mindbenders compare to how you were taught science?

Grant: I have been a science student, too. I’ve been through these classes. I’ve suffered through really boring textbooks, and it’s exciting to see something like this that is a new approach to teaching. You know what? I can’t wait to see how it goes.

What do you hope your contribution to Mindbenders will be?

Grant: As a host of this show, it’s great because a lot of kids are familiar with other things that I’ve worked on, and so it’s a familiar face, teaching them things in a familiar way. And so, automatically, I’ve already got the advantage of, “Oh, yeah, I know that guy. Oh, yeah, that guy is cool. Okay, cool. I’ll listen to what he has to say.”

How was your experience of science education as a kid different to Mindbenders?

Grant: When I was a kid, science was taught with textbooks in a very controlled way in the classroom, and you know what? I learned and eventually went into sciences, but the interesting thing is that the most learning that I got was when I tried things on my own, and I’m not going to say that all those things were necessarily safe, but it’s that hands-on experience, I think, that is so important to learning. That’s what we’re offering here, a chance for kids to challenge themselves, to get involved with each of these episodes, and try something, and hopefully do it in a very safe way. 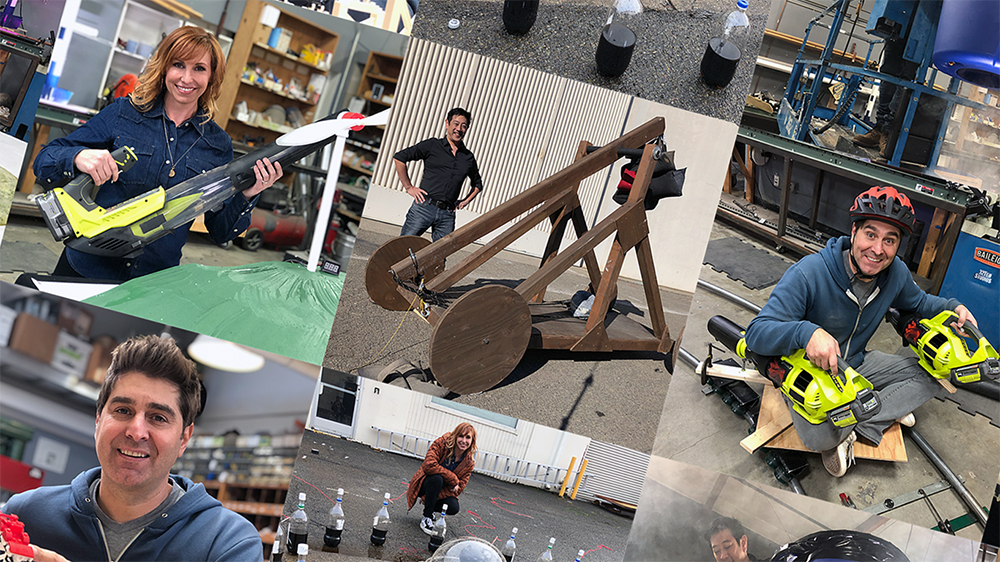 How can a passive experience of watching a video become motivational to children?

Grant: I think a lot of people view watching something on television, for example, as a passive experience, but I like to think of it as more of an active one in the sense that they can watch something and be inspired by it and say, “That’s really cool. I think I’d like to try that. I can do that.” That’s part of what we want to do here.

This show can be a motivational hook. It can show something to kids, something that they could do, that’s not super hard, that you don’t need all this crazy equipment for, stuff they can do at home, that they can get involved with science, get their hands dirty, try things out and learn something.

Thanks so much for sharing. We can’t wait to see what else you have to teach us in the future!

You can find the first four episodes of Mindbenders now available via Viveport Video, with more episodes on the way.