We couldn’t leave our little robotic friends out of our powerful projects round-up, now could we?

It’s not often dinosaurs are disappointing, but when the animatronic dinosaurs of the Isle of Wight theme park Blackgang Chine kept failing, Lucy came to the rescue. Retrofitting the bespoke mechanics with off-the-shelf parts controlled by a Raspberry Pi, she made them easier and cheaper to maintain, with more movement options. 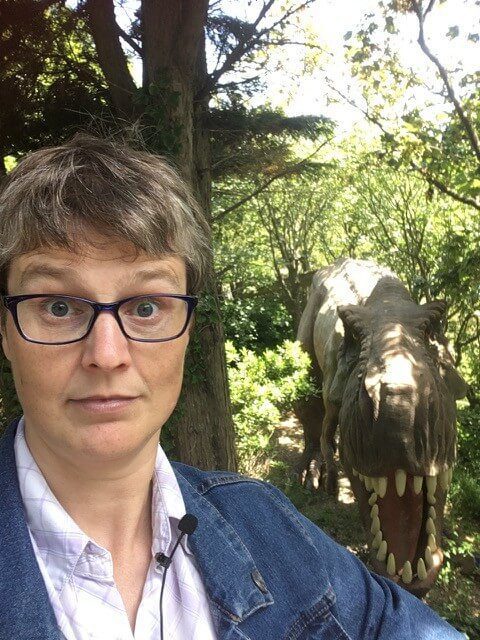 Neil wanted to show kids that robotics can be more than just a single ‘bot moving around, so he developed the SoccerBots, a pair of remote-controlled, ball-firing robots that try to score goals against each other. They’ve inspired hundreds of kids around the UK. 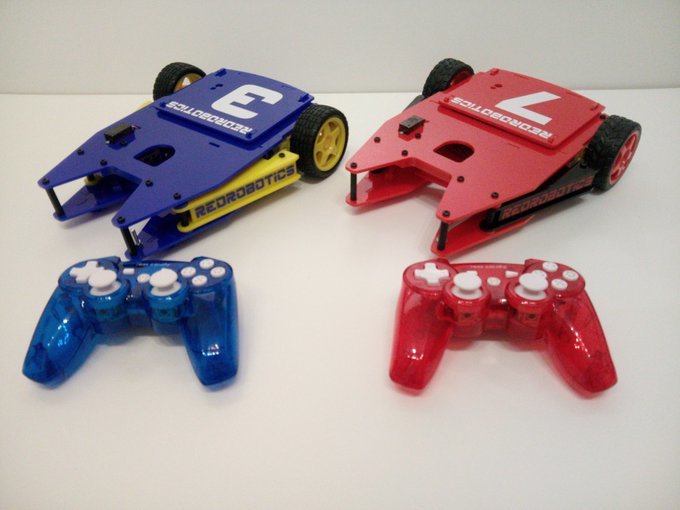 Hydroponics is all the rage. Growing plants without soil produces amazing results, but requires careful monitoring and care. Harry’s BioHex is a 3D-printed modular plant-growing machine that uses a Raspberry Pi to analyse the environment, operate the air pump, and provide lighting control. 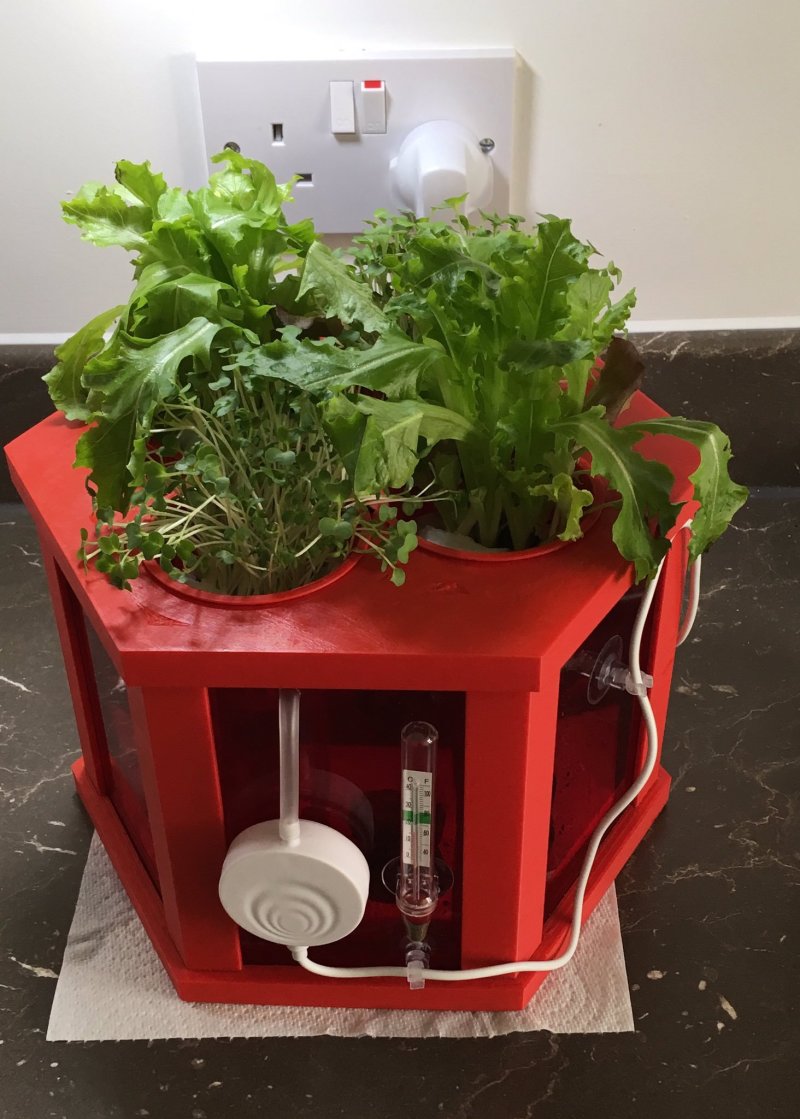 Want your own Mars Rover? Of course, you do. After a successful educational outreach programme demonstrating a small version of its real rovers, NASA’s JPL created a new robot, ROVE-E, that is made of off-the-shelf parts and runs open-source software on a Raspberry Pi. It costs around $2500 to build. 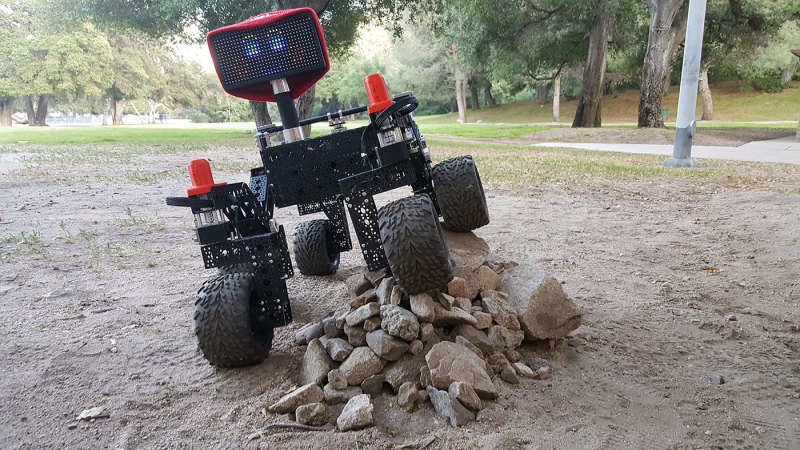 Build something super-smart with Raspberry Pi.

Coral is a range of AI products and projects made by Google. The latest star is the USB Accelerator. This dongle adds a Google TPU to Raspberry Pi, which rapidly boosts real-time classification – all local on the Raspberry Pi. Check out Teachable Machine in The MagPi 79. 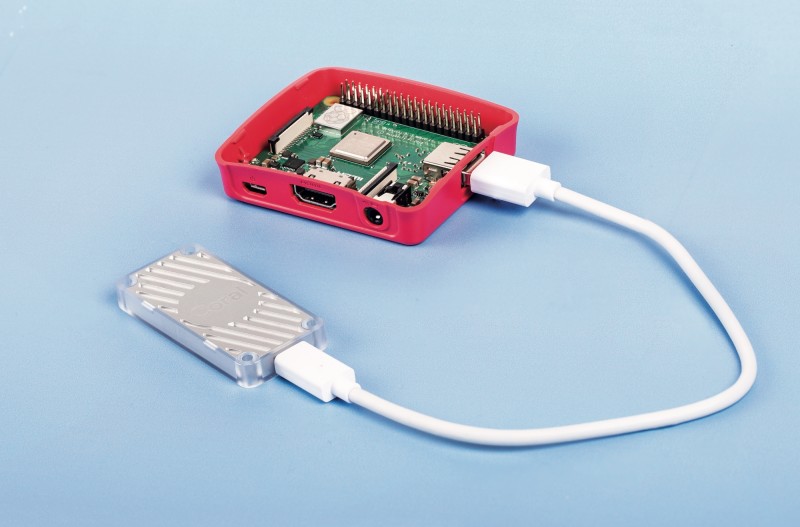 It’s lovely to see one maker put AI tech into practice to solve a problem. Makato’s father grows cucumbers and straight ones with lots of prickles command a high price. Makato trained an AI robot to spot and sort them. Perhaps there are a number of production lines that could benefit from a little AI.

Where’s Wally? (Or Waldo as he’s known in the US.) Matt Reed’s There’s Waldo robot is an irreverent demonstration of machine-learning. There’s Waldo uses OpenCV to extract all the faces from the page, and then sends them to Google Auto ML Vision service. This locates the striped one and sends it back to a Raspberry Pi, which points him out using a uArm metal arm. 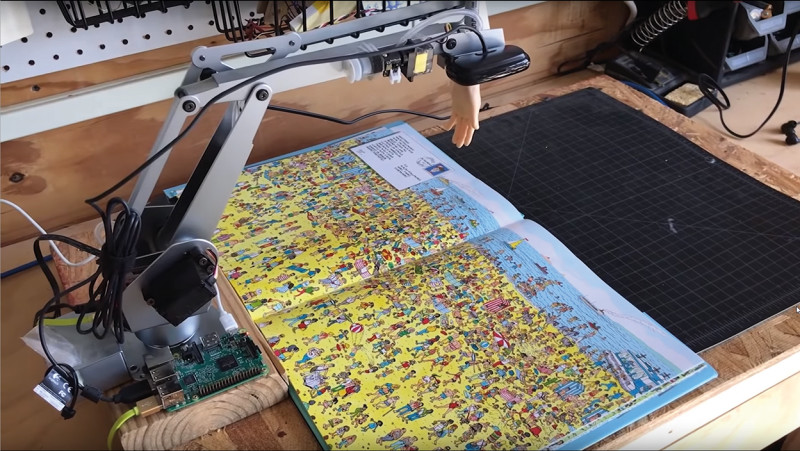 Whoa! What is that?

Some projects are just so ‘out there’, they defy categorisation.

The world’s best computer is no stranger to space, often hitching a lift on the ISS. If you’d like to send a Raspberry Pi skyward, it’s easier than you think. Dave sends Raspberry Pi Zero computers up to 100,000 ft (30,480 m) in the air using helium balloons, taking amazing photos. His comprehensive blog shares an immense amount of knowledge. 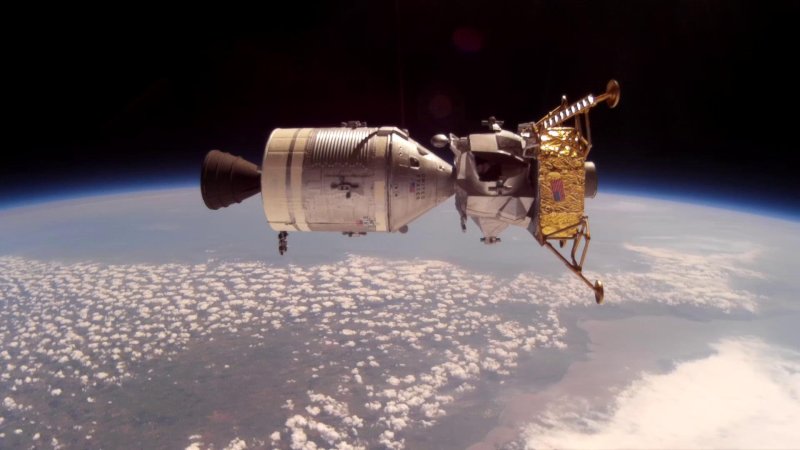 This project gets a special place on our ‘Whoa!’ list simply for 98 Raspberry Pi computers in use. Split over 19 poles, they provide a high-resolution 3D model of anything placed within the scanning area. Richard has not only written a great series of posts as the project has evolved, but has open-sourced many of the plans and code used. 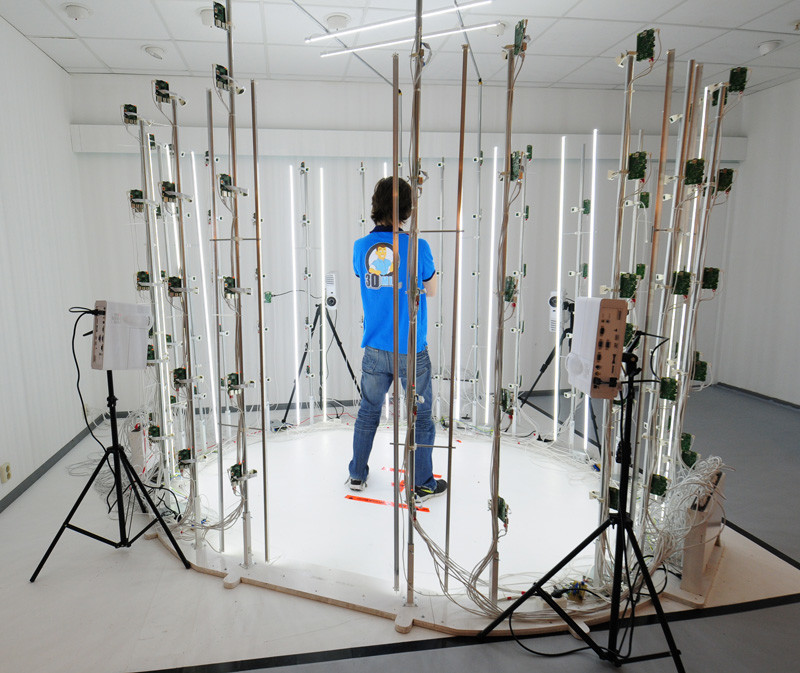 A Tesla coil as a musical instrument? Why not? Derek is famous in the community for his high-voltage antics. Here, a Raspberry Pi Zero can load MIDI files and convert each note to information that is sent to two coil driver boards. The result is your favourite tune rendered at 200 volts. 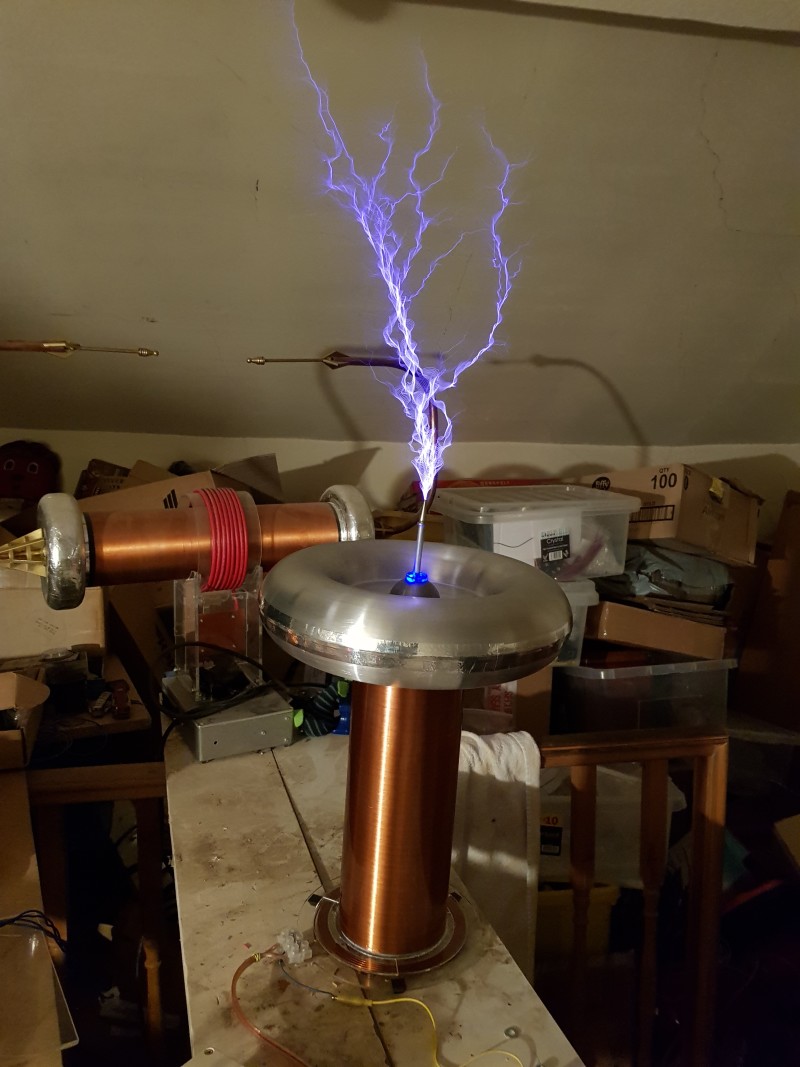 Mattel’s ‘Mind Flex’ toy appears to read your mind by measuring your brain wave activity. Egham Jam organiser Albert Hickey added an Arduino and Raspberry Pi to decode the output so you can play Flappy Bird. Move the bird down by thinking hard, then clear your mind to go up!

Citizen-scientist Ben Ward has invented a cheap, serviceable alternative to expensive flood-monitoring systems for his home town of Oxford, using Raspberry Pi computers. The system bounces sound waves off the water surface to calculate the level. The reading is then relayed by radio (LoRa) to a central database. The project is now spreading across the UK.

Spin up a digital animation

Brian is an award-winning robot maker, active member of the Raspberry Pi community, and self-titled ‘head meat-bag’ of Coretec Robotics.

He is a regular at Raspberry Pi events up and down the UK and is most often seen with his Pi Noon balloon-battling robots or FacePlant, the two-wheel balancing creation he entered in this year’s Pi Wars. There is another one of his builds that caught our attention, a digital zoetrope (an early animation machine) that threw up some real technical challenges, in particular trying to drive twelve screens from one Raspberry Pi. The images on the screens can be updated in real-time when the zoetrope is spun. 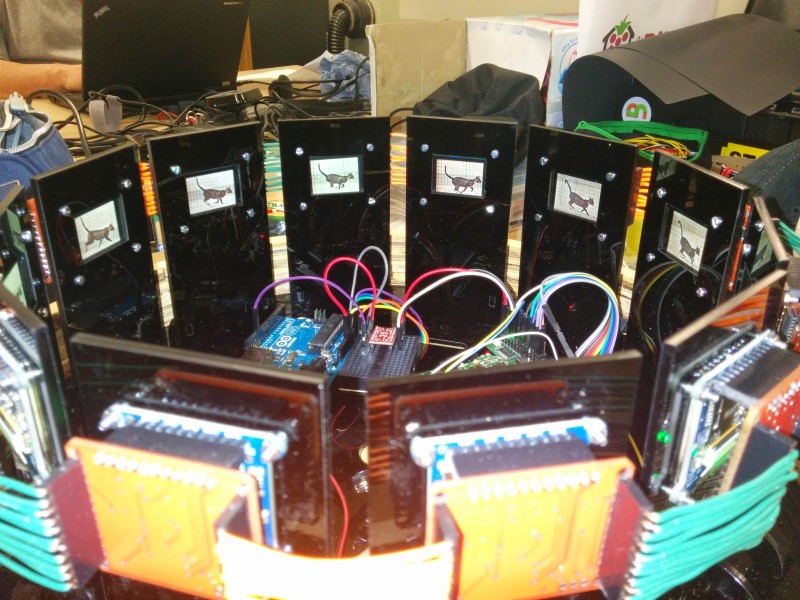 What inspired you to build a zoetrope?

While I was researching the images of Eadweard Muybridge and the history of moving images, I was reminded of the zoetrope. I had a crazy idea that I could make a digital version bringing Eadweard Muybridge’s images to life.

What challenges did you face?

I had to control 12 screens on a single Raspberry Pi and design a circuit to be able to select each screen. Then I needed to write software to render images for the screens, modifying the driver software to upload an image in four blocks.

Are you happy with the result?

I’m pleased with the way the Digital Zoetrope turn out after I changed the shiny black acrylic to matt black and the wiring to black. It ended up being as I first imagined it would be.

To make it more interactive and be able to import cells by taking a photo of a hand-drawn sheet of a one-second short film.

Are there any more zoetropes in your future?

Well, I have two projects planned. Hopefully, I will be making a second, larger, version of the Digital Zoetrope, using e-paper displays for Electromagnetic Field 2020 camp as an art installation, using twelve Pi Zeros and a Raspberry Pi 4 networked together. And of course, my annual robot build for Pi Wars. 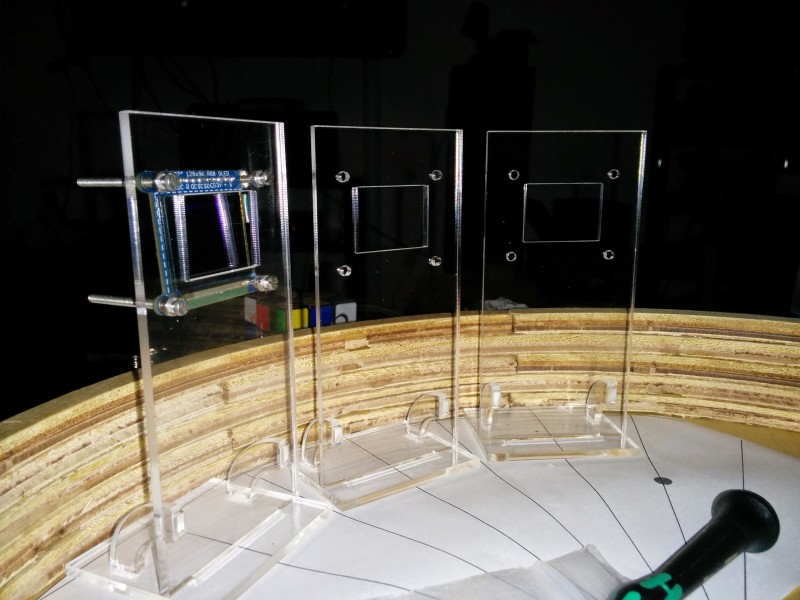