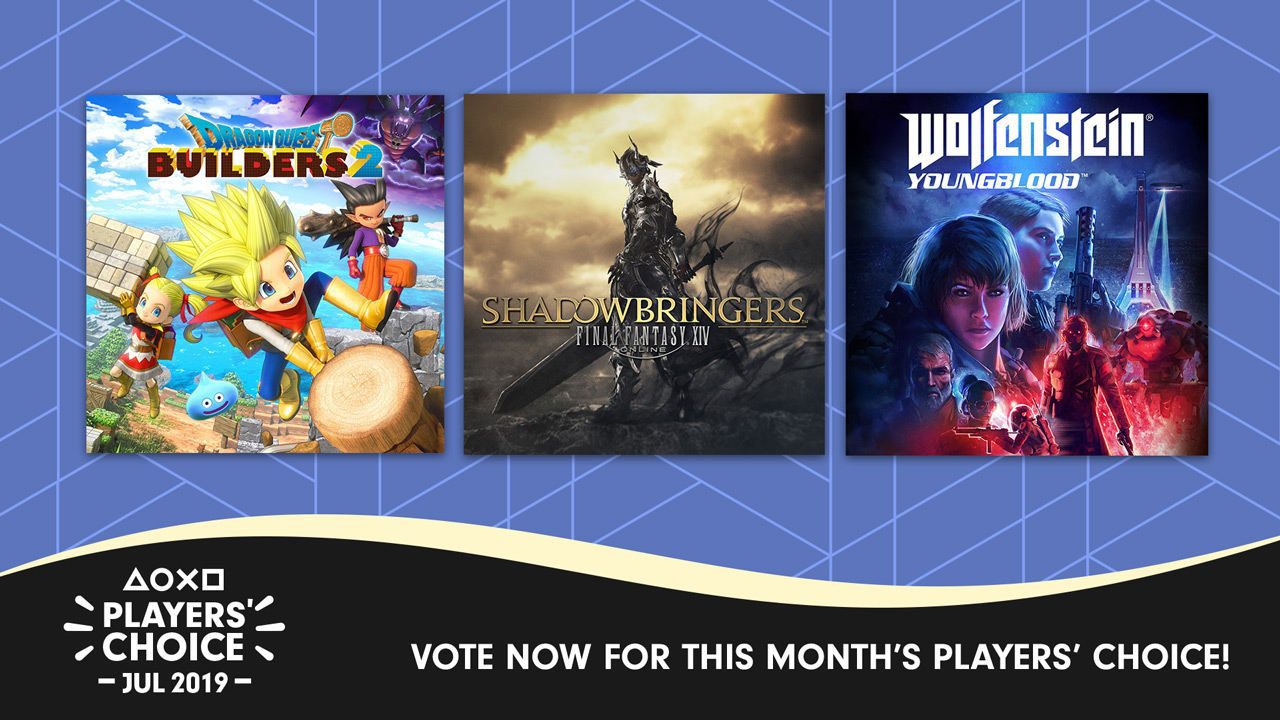 It’s summer! Take a break from that bright, hot ball in the sky and treat yourself to some video games. You’re worth it.

July saw a few fun surprises like Wargroove, Sea of Solitude, and Songbird Symphony, as well as bigger hits like Dragon Quest Builders 2, FFXIV Shadowbringers, and Wolfenstein: Youngblood. But, as always, only one can wear the coveted Players’ Choice crown.

Take a moment to consider your options, choose your favorite new game, and click the appropriate button below to cast your vote. We’ll shut down the polls next Thursday, August 8, at 11:59pm, then reveal the winners a few days later. Go!