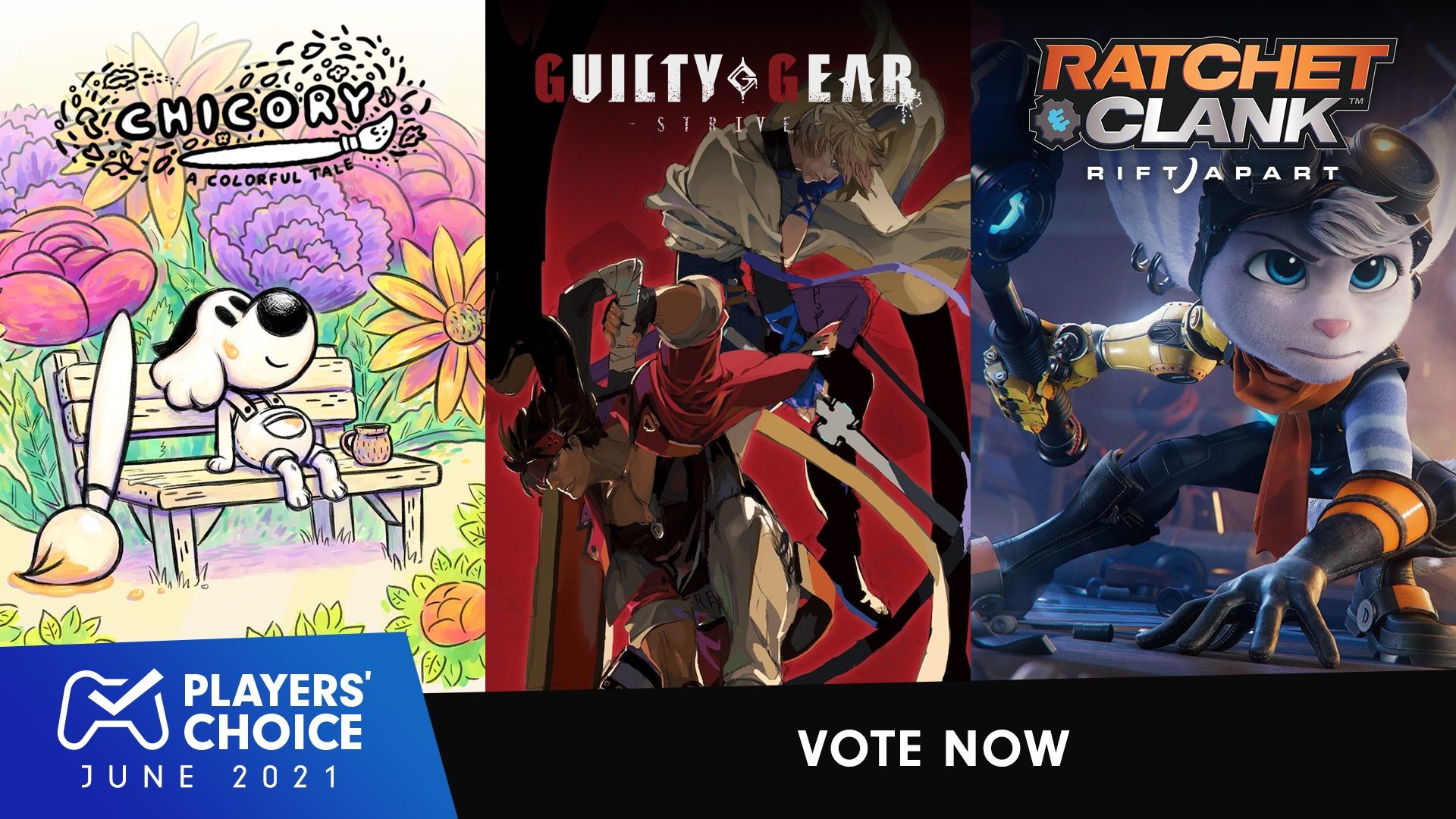 Welcome back! We’re opening up the ol’ Players’ Choice polls once again, and you’ll have until Monday to get your votes in before we tally them up next week.

June saw the release of delightful new adventures in Ratchet & Clank: Rift Apart and the impossibly charming Chicory, plus the return of a long-running 2D fighter in Guilty Gear Strive. There’s also Doki Doki Literature Club Plus… something seems weird about that one, but I’m sure there’s nothing dark or sinister lurking under the surface there.

Which one is getting your vote this month? Let us know in the comments!