Play with Fire in an Upcoming Skyforge Update on Xbox One | Blogdot.tv

A brand-new Skyforge update is coming in September and we’ll be taking you further back into Aelion’s history than ever before. Prepare to delve deep into an ancient saga of powerful cults, evil warlords, and a magical catastrophe that set the planet ablaze thousands of years ago. With Ignition, your new adventure will take you out of the frying pan… and into the fire!

The new trailer for Ignition introduces a mysterious group of fire performers. This is a brand-new playable class: Firestarters. They have an affinity with flames, which they have learned to control and wield as a tool and a weapon. For some time, they have been a nomadic people, travelling the planet and entertaining the inhabitants of Aelion with legends and stories of olden times. 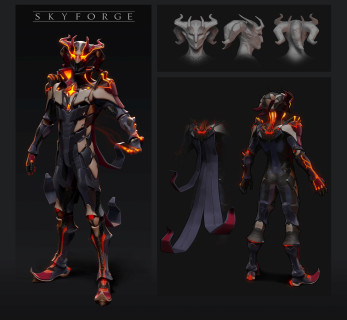 The Firestarters’ ancestors worshipped a vengeful Fire God and warlord called Kir. He was a powerful magic user and established a mighty empire of fire with the Cult of Flame as his personal army and enforcers. After a long and bloody war, the mage wrought a great cataclysm that destroyed more than half of all life on Aelion (Thanos, eat your heart out). After centuries in exile, Kir is now free from his prison, and his return has reawakened the abilities of the Cult of Flame’s descendants!

The Firestarters are ranged damage dealers who fight with a uniquely fast and agile combat style. With their lithe motions, they have a great deal of control over their primary weapons: a fire torch in each hand which can be used to strike enemies from a distance. They can conjure fireballs, flamethrowers, and even rain down meteoric firestorms from the sky. The Firestarters are quite a theatrical class, so the chains attached to the torches allow them to show off a bit of flair with the occasional twirling moves too! 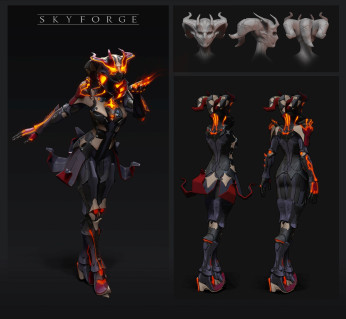 We wanted the Firestarters to have a truly unique and memorable design, and the harlequin-esque costume was born from the idea of the Firestarters being a theatrical group of storytellers. They are not entirely benign – some would even call them tricksters – so their ‘dark jester’ costume also bears some fiery demonic influence, and a touch of ancient depictions of the Norse god of mischief, Loki.

Our players have been asking for a fire class for a long time, and the introduction of this class is something that we really wanted to commit a lot of time and energy to in order to create high-quality, believable fire effects, and to ensure the game’s eighteenth class lives up to player expectations. There hasn’t been a whole lot of fire in Aelion since Kir’s reign, so we hope the fiery new effects will be a hot surprise for veteran players! 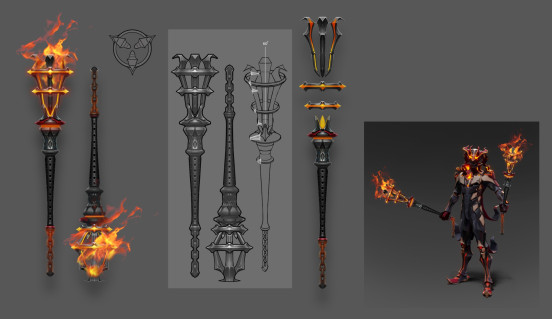 To determine how this class would move, attack, and behave in-game, we used real-life fire performers and dancers as a visual reference. Real fire performers skillfully wield this dangerous element with complete confidence and an assured sense of theatricality, and we’ve imbued the Firestarters with this same unusual and ethereal spirit to create one of the most unique classes in Skyforge yet.

Ready to play with fire? There are plenty more secrets hidden in the Ignition update, and we’re looking forward to inviting you to uncover them!

The free Ignition update is coming in September. Skyforge is now available to download for free from the Microsoft Store.

Related:
Getting Up Close and Personal with Spiritfarer’s Gwen the Deer Spirit
Challenge the Syndicate in Warface Battle Pass: Season 2 on Xbox One
The Guest Writers of The Church in the Darkness