All of the multiplayer maps and modes will be available, meaning you’ll experience all three eras of Star Wars. Whether you’re in the mood for ground-based combat in Galactic Assault, Heroes vs. Villains, or Strike, or thrilling space battles in Starfighter Assault, there’s plenty to try in the 10-hour trial. You can also play through the first three chapters of the single-player campaign, as Iden Versio guides the elite Inferno Squad through a galaxy plunged into chaos. 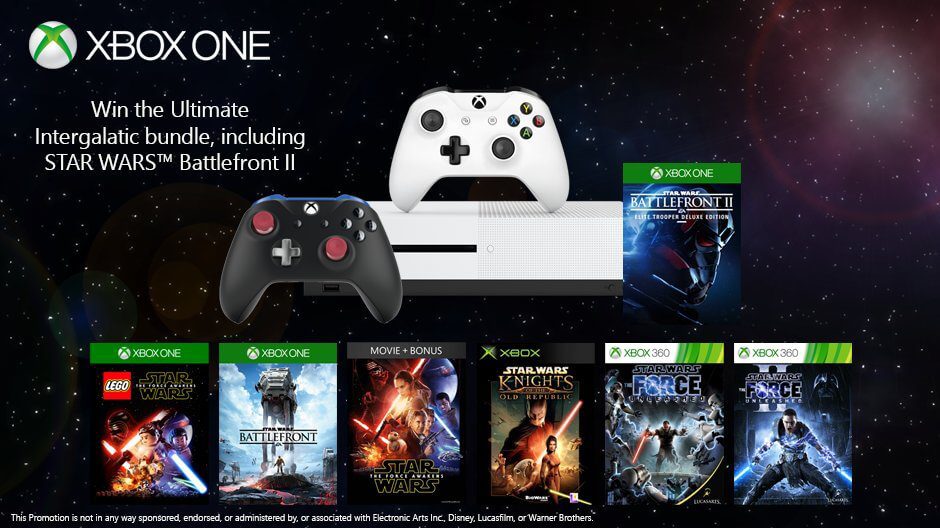 Plus, your daily entry also includes the chance to win the Xbox Ultimate Intergalactic Bundle, which includes an Xbox One S, custom Xbox Design Lab controller, and a collection of Star Wars digital games including Star Wars Battlefront II, Star Wars Knights of the Old Republic, Lego Star Wars The Force Awakens, and more! For terms and conditions and to enter the sweepstakes, visit the Star Wars Battlefront II Sweepstakes page here. 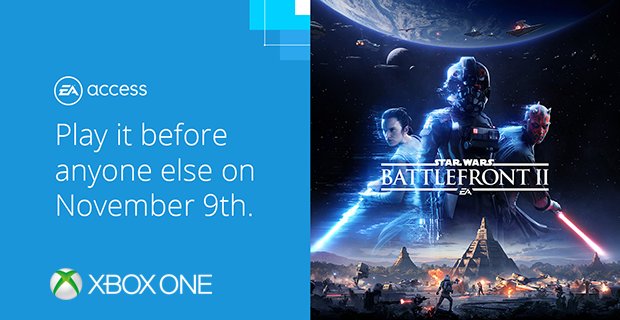 EA Access membership lets gamers play a growing collection of EA’s best games as much as they want, including games from series like Battlefield, Madden NFL, FIFA, Dragon Age and more. Plus, members get an automatic 10% discount on EA digital purchases on Xbox One, and the ability to play new EA games like Star Wars Battlefront II before they’re released for a limited time. All stats, achievements, and save progress carry over to the full game if they decide to buy.

Related:
Xbox and Under Armour Team Up To Create the Xbox One X “More Power” Curry 4 VIP Kit
Super Lucky’s Tale Is Here!
Native 4K Racing on Xbox One X Begins Today with Release of Forza Motorsport 7 and New Demo