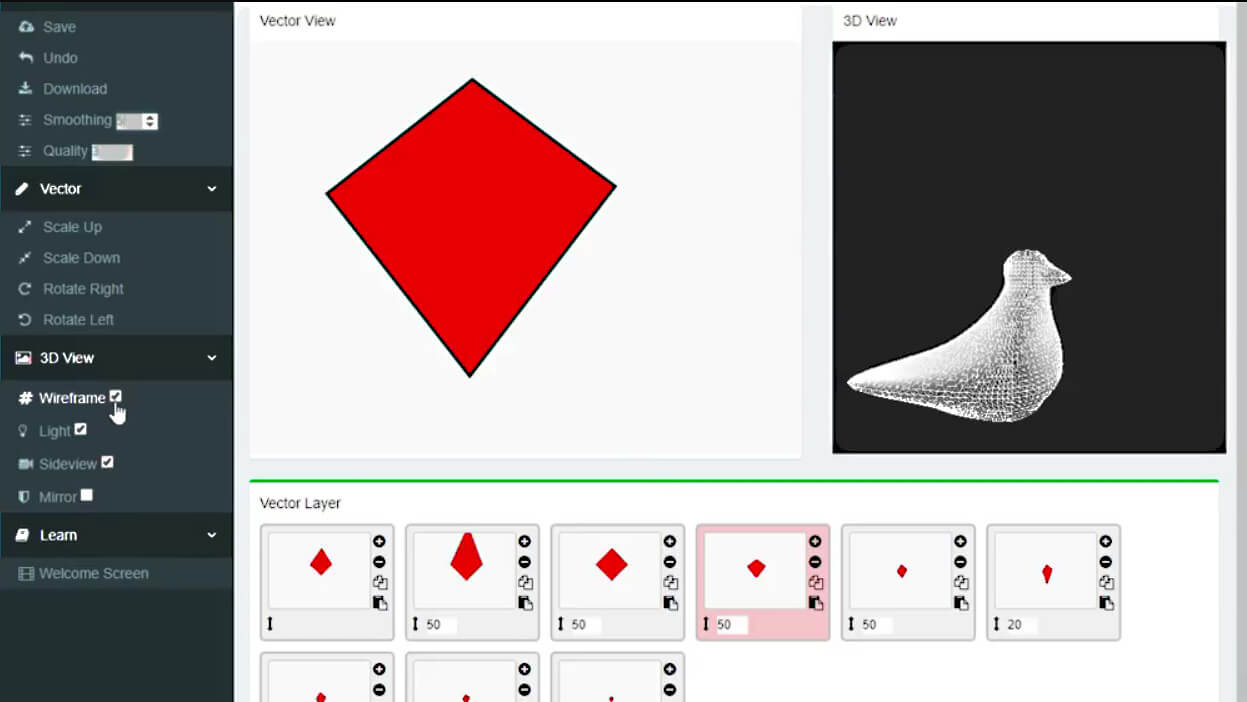 PlastiSketch offers a new method of 3D modeling that is an alternative to established tools. It is designed for those that want to create sculpted 3D objects, but lack the artistic finesse required by the likes of Zbrush and Blender.

In explaining his new creation, PlastiSketch, Marcel Urbanek also describes his personal frustration with 3D sculpting software. “I am totally unable to produce acceptable artistic output”. However, as he thinks himself a skilled vector graphics artist, he decided to develop a tool that meets him in the middle — taking what he knows well (2D vectors), and interpolating to form a 3D object.

Currently an in-browser app, Urbanek worked through several weekends to finish the prototype PlastiSketch. It is based on open-source  graphical plugins paperjs, threejs and others. The beta version of PlastiSketch is available online for free.

Urbanek describes the concept as a “reverse-MRT for 3D objects“. To create a 3D design you draw vector graphics that each represent one slice of the 3D object. Depending on the complexity of the object you wish to design, this may vary between two (the minimum number) and, say, half a dozen. You then fine-tune the design by specifying the distance between the slices. A preview of the design is displayed on the right of the program.

Admittedly it takes a while to wrap the head around this new approach to 3D modeling. Though from this early on in a protoype state, PlastiSketch already seems to have all the makings of a popular tool for beginners.

To save you from fiddling with hundreds of points, PlastiSketch lets adjust the smoothness and quality of the 3D design. When you are happy with your design you can save it as OBJ file for 3D printing or revision in other programs.

At the time of writing PlastiSketch is in beta, and is freely accessible online for anyone to use. If at a future point PlastiSketch becomes a paid service, Urbanek has promised to offer a free version with a similar feature-set as the version that is online now.