The October update for World of Warships: Legends is here, featuring the full release of the Italian Cruisers and the new Steel Redeemer campaign to earn the U.S. torpedo destroyer Benham. Alongside these additions, a batch of changes are coming to the game in the update, including a new way to coordinate with teammates and improvements to the Russian destroyer and Italian Cruiser lines. However, all of these are just a prelude to the update’s main event: Rust ‘n’ Rumble, a Halloween special event starting on October 19.

The Steel Redeemer campaign brings the Tier VI premium destroyer Benham as the final reward. Unusually for a US Navy destroyer, the Benham is bristling with torpedoes — sixteen of them. She is known for her service during the Battle of Midway, where she rescued hundreds of sailors from the sinking USS Yorktown and USS Hammann. To unlock this ship, you’ll have to complete 80 milestones in the Steel Redeemer campaign over the next 5 weeks with Admiralty Backing. If you can best the campaign’s Hardmode missions, you can even finish a week early!

Since their introduction, the Russian destroyer line has required precision to reach their full potential. To make them more approachable, we have buffed them across the board with greater main battery gun range, improved maneuverability, and faster torpedoes. You should be able to get a bit more damage out of the Russian destroyers and stay in the fight for longer now!

The highlight of the update begins October 19 — the Rust ‘n’ Rumble Halloween event! Get ready to battle it out in a four-way team deathmatch in a sunken post-apocalyptic city. As always, there’s a catch! In Rust ‘n’ Rumble battles, there is no hiding. You’ll have to play to the strengths of your chosen destroyer in a brawl with plenty of torpedoes and shells to evade. Each battle will earn you Tabz, a special currency to help you upgrade your event ships and unlock the Rust ‘n’ Rumble commanders and camos. If you get enough Tabz, you can even add the Tier VI premium Russian destroyer Ognevoi to your warship collection!

There are some small improvements on the way as well. Most notably, the Sector Alert function is here to help you highlight an area of the map for your teammates. This should help you to communicate more clearly and draw attention to changing tactical situations in battle.

It’s going to be a spooky update, captains. Get ready, and turn the tide! 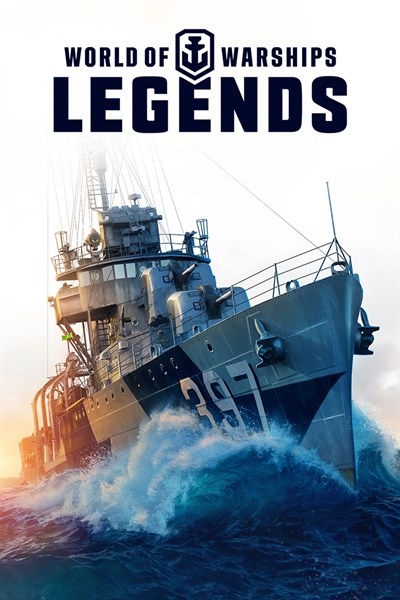 ☆☆☆☆☆ 250
★★★★★
Get it now
Experience epic naval action in World of Warships: Legends, a global multiplayer free-to-play online game in which you can master the seas on the decks of history's greatest warships! Recruit Legendary Commanders, upgrade your vessels, and stake your claim to naval domination alongside and against players from around the world. FREQUENT UPDATES New content in the form of ships, Campaigns, Bureau Projects, events, and more arrive regularly! Each update brings new features to shake things up in-game. FEATURE RICH Develop Legendary warships such as Yamato from the ground up in the Bureau, compete in Ranked Battles seasons for exclusive patches and extra rewards, and finish epic Campaigns to gain powerful new ships! CHOOSE YOUR COMBAT STYLE Take control of over 120 destroyers, cruisers, and battleships—a range that's perfect for every playstyle, whether it be an all-guns-blazing approach, more careful and methodical attacks, or tactics that are unique to you. TURN THE TIDE IN EPIC 9V9 BATTLES Join forces with friends to challenge players around the world, and work together across consoles to devise strategies and plan attacks via voice chat. Cooperate to outgun your opponents and Turn the Tide of battle!