Welcome to Next Week on Xbox! In this weekly feature we cover all the games coming soon to Xbox Series X|S, Xbox One, Windows 11, and Game Pass! Get more details on these upcoming games below and click their profiles for further info (release dates subject to change). Let’s jump in!

Yars: Recharged is the latest title from Adamvision Studios and SneakyBox, the team behind the Atari Recharged series, infusing elements of arcade, shoot ‘em up, and bullet hell into the classic game’s formula.

Are You Smarter Than A 5th Grader? – August 23
Optimized for Xbox Series X|S / Smart Delivery

Are You Smarter Than A 5th Grader? is a charmingly humorous quiz game based on the popular TV franchise. Multiple-choice questions, true-or-false challenges, and mini-games will test your proficiency in 24 different subjects. Faced with a tough question, you can always rely on your classmates for help.

With a simple set of movements like run, jump, dash, and attack, Flat Heroes encourages you to stylishly navigate and survive over 300 handcrafted levels, destroy the most epic bosses around and truly be the two-dimensional hero (or heroes!) you’ve always dreamed you could be.

Experience the biggest and best Saints Row playground ever created. The unique sprawling world of Santo Ileso is the backdrop for a wild, larger than life sandbox of thrilling side hustles, criminal ventures, and blockbuster missions as you shoot, drive, and wingsuit your way to the top.

Bounce your way through 100 rooms packed with perilous traps and devious enemies on a quest to save your lost love! Enter a fantasy world of bouncing balls and magic castles in this 2D precision platformer where risk is balanced with great rewards. Take control of Kid Ball as he pursues those who captured his love through treacherous castle dungeons.

A classic chess game in which players earn money by luck (dicing) and strategy (buying land and buying cards) to defeat other players.

Make your mark on Formula 1 in the officially licensed F1 Manager 2022. Be the boss of your chosen constructor and pick from a roster of 2022 drivers and staff. Featuring full F1 licensing and true-to-life presentation, you won’t just play F1 Manager 2022 – you’ll live it.

NHRA is back, bigger and better than ever. Immerse yourself into the teams, tracks, tuning, and strategies, then strap into the driver’s seat in your ultimate quest to become the Champion among the true beasts of the strip.

Dan is a bumbling first-time adventurer who risks everything to solve the legend of the twin books by exploring the abandoned town of Red Pines. Legend has it that a talented artist replicated the Spirits’ Book, and the replica was so perfect that the museum staff mistakenly left the original behind during the evacuation of Red Pines. After learning of the legend, Dan decides to check if it’s true, and recover the book if it is. Join Dan on this light, family-friendly quest and help his love for adventure thrive.

In SD Gundam Battle Alliance, Mobile Suits, and characters from across Mobile Suit Gundam history take center stage in this all-new action RPG. The story takes place in G: Universe, a world where Gundam canon twists and turns in ways no one can predict. To correct this world’s distorted history, you must lead a 3-unit squadron consisting of Mobile Suits and pilots from across Gundam history – a true battle alliance.

In the shadows, a war between the Yatagarasu and the Phantom Society is brewing, Devil Summoners who harness the otherworldly powers of “Demons”. Existing in the secret sea of humanity’s data, a digital hivemind has evolved into sentience: Aion. Observing humankind from afar, Aion calculates that a world-ending disaster is imminent and creates two agents to combat against it: Ringo and Figue. Together, these agents of Aion must investigate and prevent a butterfly effect that will lead to the end of the world.

First released in 1999, Pac-Man World saw Pac-Man’s exciting debut to the 3D platforming genre. Now, the remaster that fans have requested is nearly here! In Pac-Man World Re-Pac, Pac-Man arrives home on his birthday to find the Ghosts have kidnapped his family and friends and ruined his party! Now he must set out to adventure through the six areas of Ghost Island to rescue them and face-off against the Ghosts’ boss, Toc-Man! 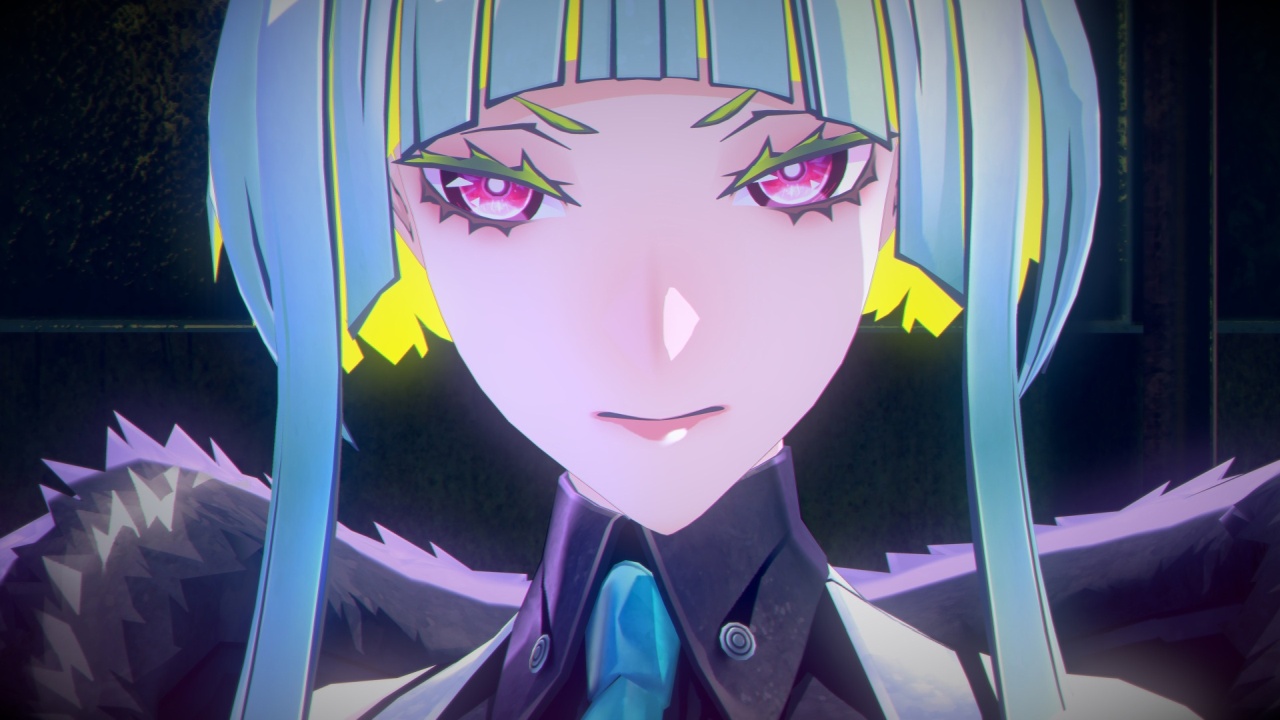