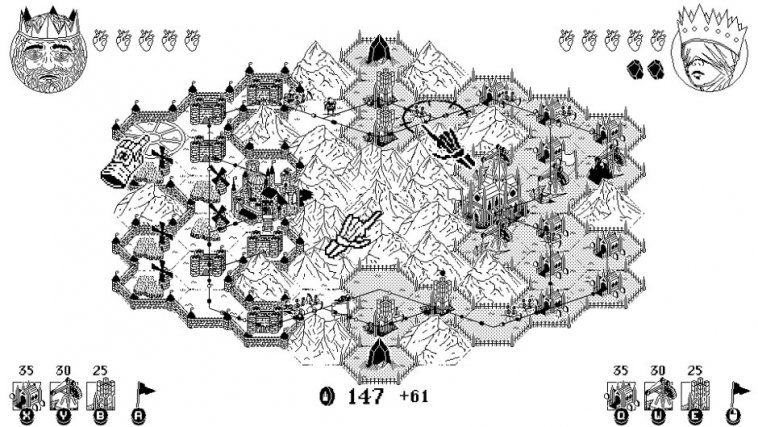 Death Crown is a minimalist real time strategy game in a 1-bit style, where you will be play Death herself, commanding her legions, and punishing humanity’s Kingdom for its overconfidence. Upgrade your troops, march through your foe’s lands, sowing death and destruction, behold the fall of the Humanity’s Kingdom in a breathtaking campaign.

Get ready for intense precision platforming as you take the role of a rascally racoon named Tucker who possesses a curious ability – teleportation! Tucker needs your help to find a way home and escape the mysterious robot that won’t get off his tail. Use his claws to climb walls, leap over pitfalls and spikes, teleport through barriers and more across 50 handcrafted levels.

Sure Footing – May 13 – Xbox One X Enhanced / Xbox Play Anywhere

A fast and frantic infinite runner about four friends saving their world from extinction. Play as one of our four heroes: Pixel Pete, Polly Polygon, Blip, and Plunk as they outrun Dave across the disk sectors of Computra: to warn their friends and find a way to stop Ramrafstar before their homeworld is destroyed.

In Exodemon you play as a scientist in the edge of the universe who was infected by an alien entity. The symbiotic force is trying to take control, but you may find a way to control the beast on the confederation laboratories. Resist the infection and blaze through various locations to reach the last escape pod before you lose what’s left of your humanity.

Our hero’s beloved has been abducted by evil spirits, and the only way to reunite them is to reincarnate himself as a dragon to defeat evil. But something has gone wrong, and his soul is reborn as a worm named Pip. Now Pip must overcome the challenges of a surreal world, solve mind bending puzzles, and save his love.

Experience an amazingly rich and detailed universe where your decisions have profound consequences on the action and the outcome. One person is all that stands between humanity and the greatest threat it’s ever faced. Relive the legend of Commander Shepard in the highly acclaimed Mass Effect trilogy with the Mass Effect Legendary Edition. Includes single-player base content and over 40 DLC from Mass Effect, Mass Effect 2, and Mass Effect 3, including promo weapons, armors, and packs remastered and optimized for 4K Ultra HD.

Dive into a freezing underwater adventure on an alien planet. Below Zero is set two years after the original Subnautica. Return to Planet 4546B to uncover the truth behind a deadly cover-up. Survive the harsh conditions by building habitats, crafting tools, and diving deeper into the world of Subnautica.