We’re excited to return in 2018 with new features that impact the way you access your games and Achievements, how you let your friends know whether you’re available to play, and much more. Over the next several weeks, Xbox Insiders will begin to see a variety of cool new features they can interact with and provide feedback on. Here’s a look forward at some of the excitement still to come: 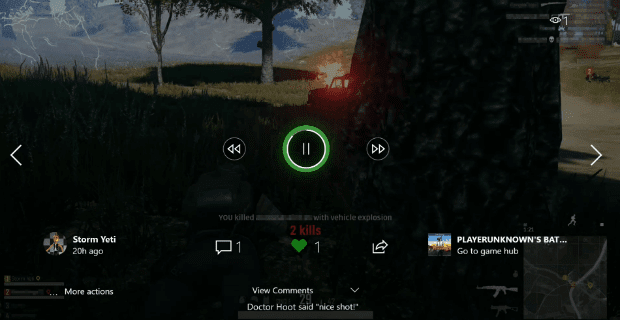 Alongside the updates listed above, which will work their way naturally through the Xbox One Update Preview rings, a subset of users may also see additional experimental features. These features are only enabled for a portion of the Xbox Insider audience to gauge interest and collect feedback. Your participation in the Xbox Insider Program helps us make the work-in-progress content and features coming to Xbox even better.

Editor’s Note: Scheduled themes was added to the list of features on 1/9.

Related:
How To Use the Windows Feedback Hub as an Xbox Insider
Best Xbox Insider Program Moments of 2017
Tell Us How You Use Light and Dark Themes on Xbox One