New Skyforge Update Adds the Firestarter Class, Out Next Month on PS4 | Blogdot.tv

The universe of Skyforge is vast and ever-expanding, and its planets and races are steeped in lore that spans millennia. Soon, the free Ignition update will rekindle a legend long-forgotten by the peoples of Aelion. With a brand-new class and even more content on the way, we have just one question: are you ready to play with fire?

An empire of fire

Long ago, much of Aelion was under the iron-fisted command of Kir, an incredibly powerful mage and Fire God. His army, the Cult of Flame, enforced his rule and built an empire in his name. A small resistance rose against Kir and nearly toppled his supremacy, but the unhinged warlord would sooner reduce friend and foe alike to cinders rather than accept his defeat.

The mage started a great fire that destroyed most of Aelion and its magic, trapping himself in an eternal vortex of fire in the process. But it looks like the hold of Kir’s spell has weakened, and the Fire God is once again free to unleash hell on a world that once succumbed to his will. 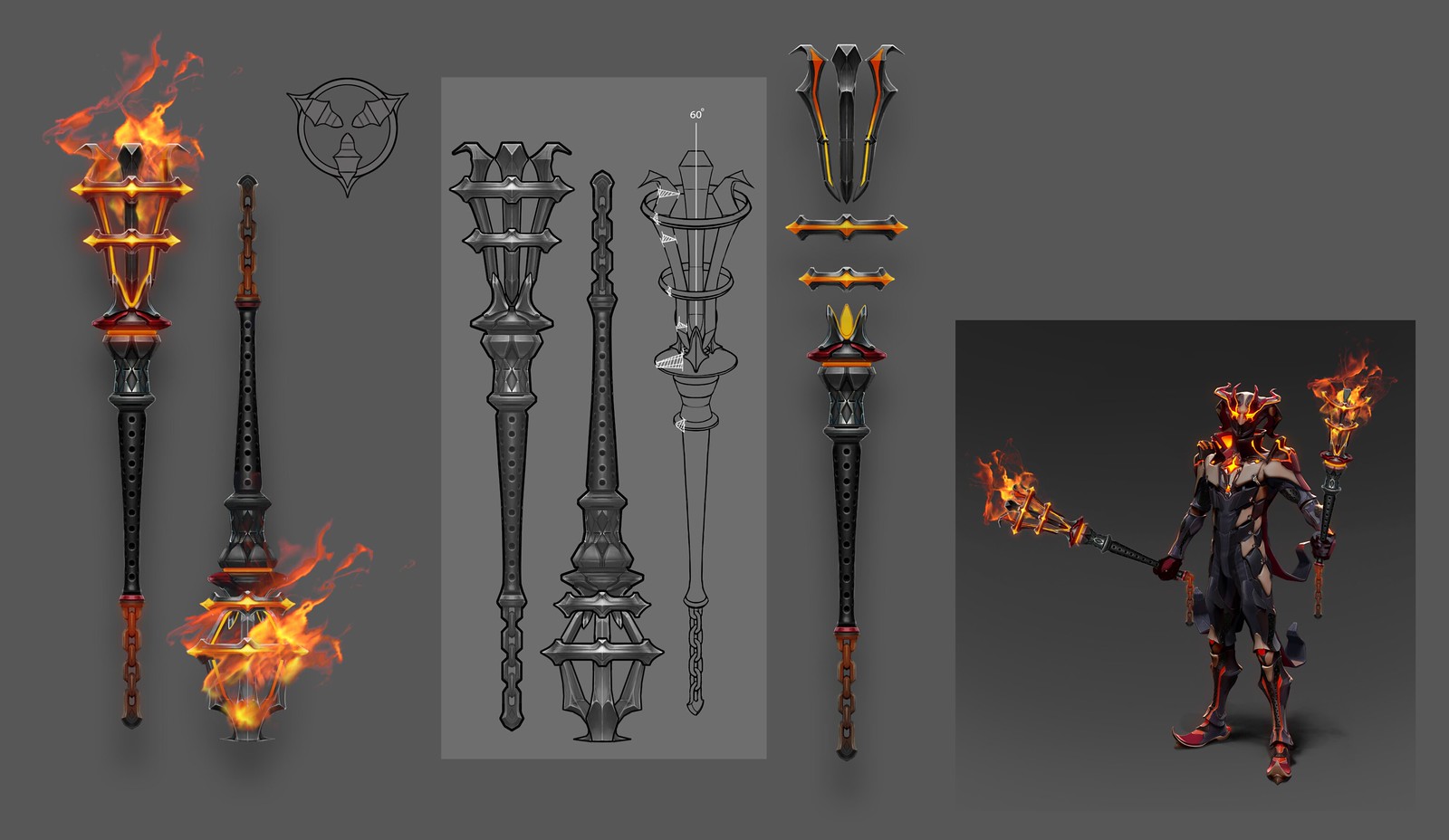 The new class, Firestarters, are descendants of Kir’s fire-worshipping followers, their powers newly reignited by the resurrected warlord. Firestarters are ranged damage dealers with great control over fire magic. They wield torches attached to chains, allowing to unleash swift and agile attacks, from fireballs and flamethrowers, to a cataclysmic hail of fire from the sky. Their nimble movements and great range make them an awesome addition to any team of Immortals!

The Firestarters are the eighteenth class to be added to Skyforge, and the game’s first ever fire-based class. A playable fire mage class has been one of the biggest requests we’ve received from Skyforge players, and we wanted to take the time to make sure we got it right.
We don’t have many in-game fire effects (in his rage, Kir took all the fire with him all those years ago), so we spent a lot of development time creating high-quality fire effects that can truly offer players a powerful experience of wielding one of the most destructive elements. 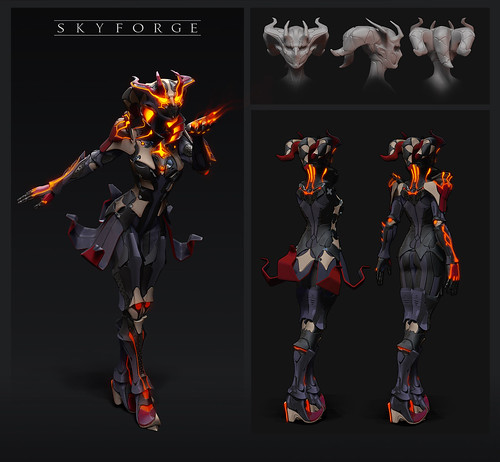 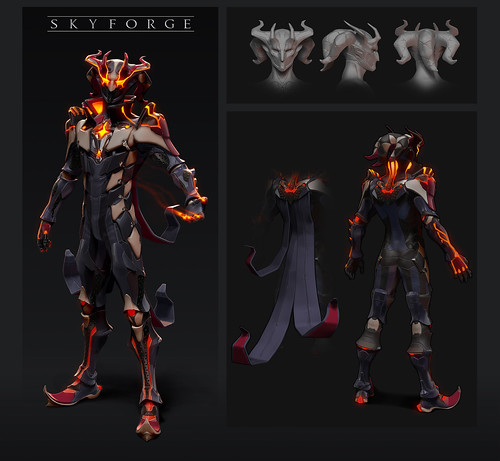 We always pick a cool source of inspiration for new classes to give every one of them a distinctive aesthetic and flair. Firestarters are nomadic entertainers, and they’ve relied on their theatricality and storytelling abilities to survive since Kir’s downfall all those years ago. As such, we ran with the entertainer aspect and gave the Firestarters a fiery harlequin look, with the final costume giving the class the look of a demonic jester, perhaps a dark trickster in service of an even darker master…

When we were figuring out how a fire-based class might move and behave in-game, we analyzed the movements of real world fire performers. The chains attached to the fire torches allow the Firestarters to pull off attacks with the same sort of flair and confidence you would see from live performers, such as throwing fireballs with the same effortless ease as a fire juggler.

We were always encouraged to never play with fire, but the Firestarters are more than up to the task, and they’re doing it in style! Skyforge is available to download now for free from PlayStation Store, and the free Ignition update is coming soon.