Just in time for the summer holidays, the open-world hunting simulator theHunter: Call of the Wild released a new reserve for Xbox One titled Yukon Valley and I’m here to talk about some of the thoughts and inspirations behind the latest addition to the game.

This is Yukon Vallen

Yukon Valley marks the 6th reserve for theHunter: Call of the Wild. As the name might suggest, it’s heavily inspired by the lovely state of Alaska, and the release saw the addition of seven new species to the animal roster. 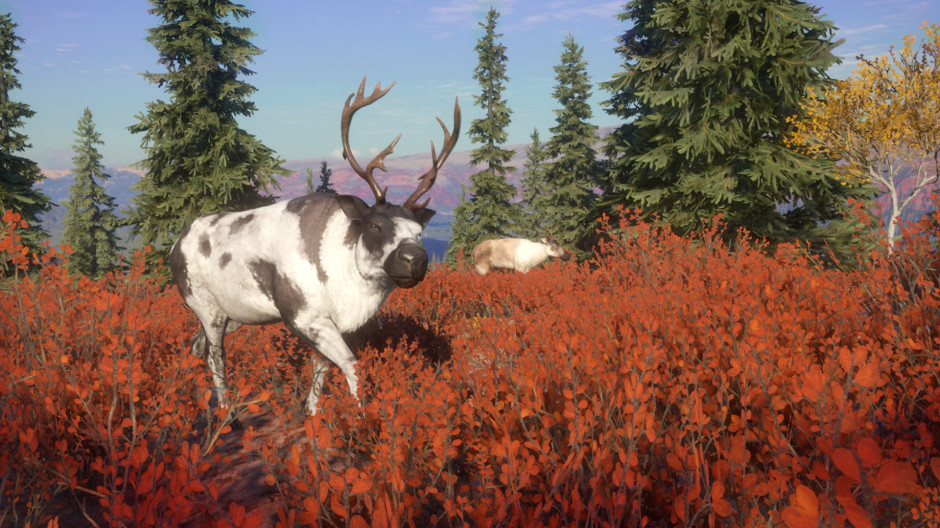 Last year saw the release of two reserves, one set in the heated African Savanna and the other set in the rolling mountains of South America. Our challenge was therefore to figure out where the logical next step would be, and after listening to player feedback and doing our own research, Alaska just seemed to make the most sense. Additionally, following the successful free release of the Lion earlier this year, we knew players enjoyed the challenge of interacting with apex predators and wanted more. Evolving and building on these behaviors therefore felt like the logical next step, and no animal made more sense to us than the gray wolves, which had been requested by our community for some time.

Our inspiration for Yukon Valley

I’m a big fan of all the Discovery TV shows based in Alaska, to the point where while I never watch TV otherwise I watch these on a weekly basis. A lot of inspiration during the development of Yukon Valley was therefore drawn from these shows. However, we never try to recreate an existing area, rather use it as inspiration to create something fictional yet believable. Alaska is huge, and depending on where you are you will find different wildlife. 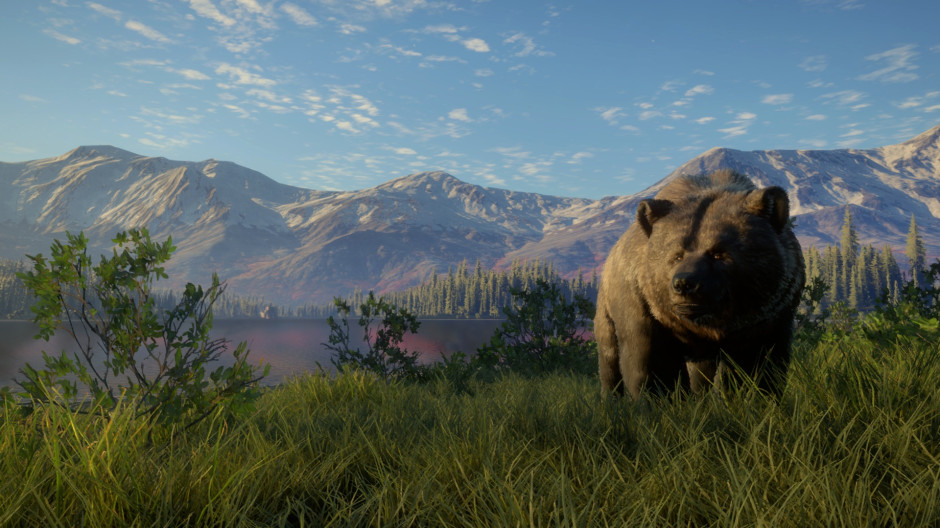 Some animals you can only find near the coast, and other live high up in the mountains, since the animal behaviors (how they spend their days) are based on their real life counterparts it’s important that they live in an equivalent environment.

This is what makes the new reserve different

We were able to utilize a lot of our learning from previous reserves to create the unique feeling of Yukon Valley. We know that to create a unique atmosphere and personality in a reserve, you must create a balance of contrasting biomes and interesting details to discover. 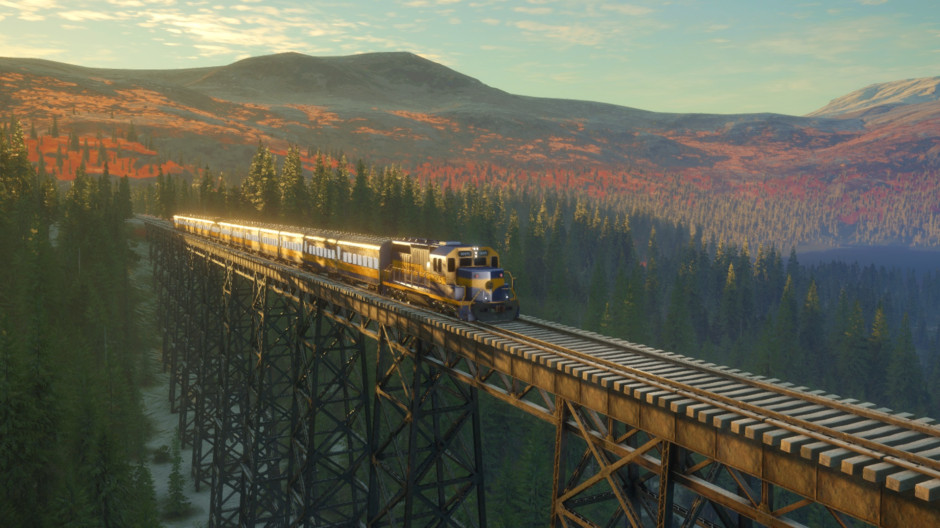 The dramatic landscapes seen in Alaska was therefore an amazing starting point for us when creating the distinctly unique look of Yukon Valley. From the snow covered peaks that frame the reserve to the crimson dwarf birch that coverers the hills, the region is filled with visual opposites. The yellow aspen and poplar forest contrasts the husks of the trees left behind in the forest fire. The seemingly untouched landscape is offset by the presence of rusted structures, old mining facilities and the train that crosses the region at regular intervals. In short, Yukon Valley is all about contrasts.

We have actually added a new feature to Yukon Valley that I’m very excited about from an environmental design perspective. All of our reserves have had day-night cycles with dynamic weather, but never before have we had a reserve where a snowstorm can hit a region and leave behind a trail of freshly fallen snow. This will transform the landscape, shifting and reshaping the contrasts of the reserve itself, and creating new ones in turn. 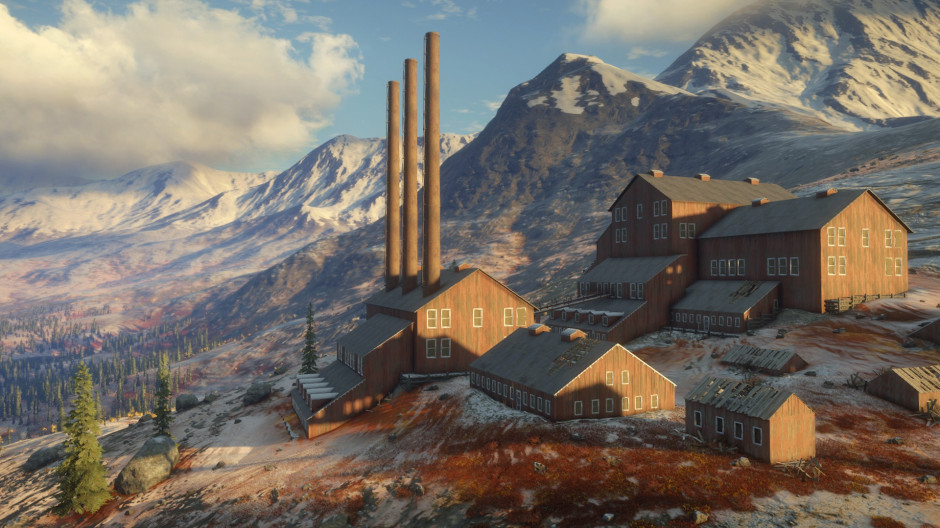 The animals of Yukon Valley

The rich and diverse nature of Yukon Valley allows for an equally as vibrant mix of animals. Drawing inspiration from the species available in Alaska, the Caribou was an immediate pick due to it being a staple in the northernmost regions of the world. Alongside it, we needed the equally iconic Grizzly Bear, known for its ferocity and wicked temper. Other logical fits included the Plains Bison, the Moose, the Red Fox and Harlequin Duck. But above all the others, the crown jewel amongst them is none other than – the Gray Wolf.

This is why we chose gray wolves

Following the trend established from previous reserves, we wanted to focus our efforts on one species that introduced something new and exciting to players. One of the most requested animals from the community has for a long time been wolves, which held with it the opportunity to draw from learnings made since our last reserve and potentially create something completely new. With the gray wolves, we wanted to take the next logical step from the solitary Pumas of Parque Fernando and Lions of Vurhonga Savanna, introducing a different kind of predator whose primary threat towards the player stems from strength in numbers. The challenge lay in cementing their pack behaviour and hierarchical structure while also ensuring that they were exciting from a player experience perspective. And while it did take the team awhile to get the details right, we are happy with the end result and look forward to seeing how we can utilize these learnings for future reserves. 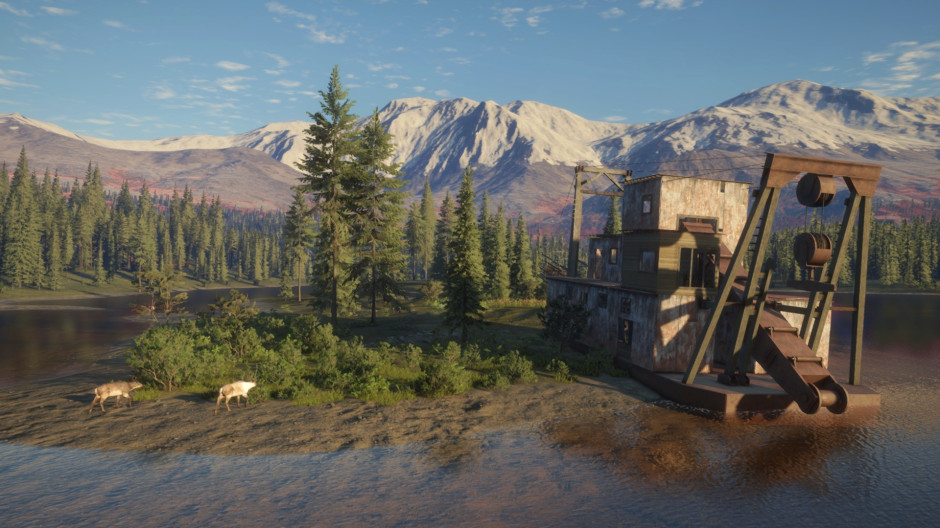 Some of the best bugs we encountered during development

This is a tough one, both because a lot of the bugs you end up tackling are fun for some and frustrating for others in the team. Some of the sillier ones we had for Yukon Valley included our train and seaplane wobbling uncontrollable as if the respective drivers were drunk, and the wolves getting chunks of their butts bitten off and walking around with a hole for a backside. And that’s not even beginning on the various behaviours that had to be tweaked and perfected for each animal, including the wolves shifting from docile to murderous with a vengeance, smelling your respawned hunter from miles away and chasing you down like something out of an action movie.

The future of theHunter: Call of the Wild

While I can’t go into any details, I can say that the team is busy bring more things to the community. We will continue to alternate between pure quality of life releases and paid extra content, continue with our community activities and listening to what our players feel about the current state of the game as well as future content.

theHunter: Call of the Wild is available now for Xbox One on the Microsoft Store. Click here for purchase details. Yukon Valley is available as a separate purchase.