Starting at 6 p.m. PST today, members of the Xbox One Preview Update BETA ring will begin receiving the latest Xbox One system update (1804.180305-1900). Read on to learn more about a new features, fixes and known issues in the latest system update.

Spring is almost here, and for users in the Xbox Insider BETA Ring, your first look at the Spring update for Xbox One arrives today! As always, we’re listening to fan feedback and developing a brand-new set of features to make your Xbox One experience better than ever. Corporate Vice President Mike Ybarra and Partner Group Program Manager Kevin Gammill have already teased some of these new features, but we’ve also snuck in a few surprises for you to enjoy. 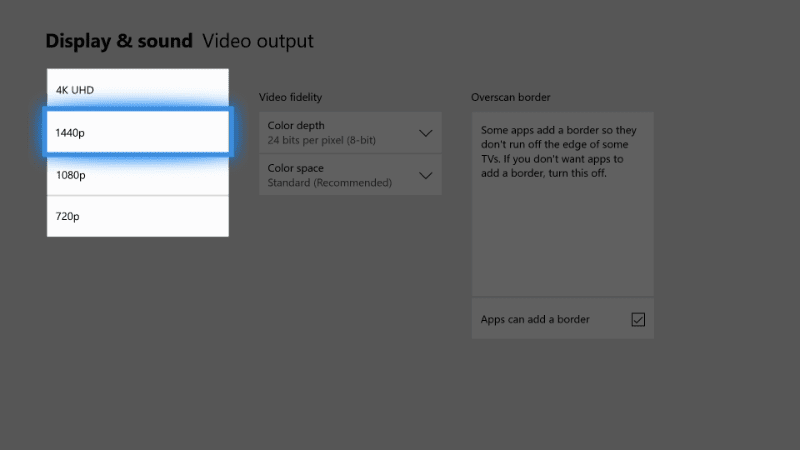 Xbox One X and Xbox One S now support output at 1440p resolution for games and media; 1440p resolution, sometimes referred to as “2560×1440” and “QHD,” is a popular choice for PC users. With over a million and a half more pixels than 1080p, this resolution fills the gap between Full HD and 4K displays.

A New Level of Mixer Interactivity

Introducing a new form of Mixer interactivity: Share controller. Soon, Mixer streamers on Xbox One will have the option of sharing their controller with a Mixer viewer who is watching through Mixer.com. Streamers can share their entire controller (except the Xbox button) in the Xbox game they are playing, and a viewer can take control through the on-screen gamepad or by plugging a controller into their PC. Viewer and streamer can work together in the game, or the viewer can cause trouble – resulting in hilarious chaos. It’s your choice!

Share controller isn’t the only new feature for Mixer in this release. Broadcasts no longer stop when you switch games. Your Mixer stream will now pause when you switch games or exit to the dashboard; your viewers will see a pause screen until you jump back into a game, and you’ll see an indicator on your broadcasting overlay to let you know that your stream has been paused automatically. Additionally, you can now start your Mixer broadcasts from anywhere on Xbox One, whether you are on the dashboard, a game’s splash screen or within a game itself.

The Microsoft Edge browser on Xbox One has been updated to a new look that’s modern but still feels familiar. We know how important a good web browsing experience is for you, so we’ve doubled down on making Microsoft Edge easy to navigate with a controller. Improvements to the Favorites and History experience make it simple for you to return to your favorite sites. We’re also very excited to announce that you can now download and upload pictures, music and videos from Microsoft Edge on the console; your downloaded content can then be browsed with the File Explorer app. Other new features to note are tab muting, read aloud and autofill. We’re always looking to improve the browsing experience on Xbox and look forward to your feedback.

If you’re the type of person that loves to rock out to a music playlist while playing your favorite games, we have good news for you! You now have an option to selectively balance game audio against background music within the Guide. Turn down the game volume, crank up the music volume and rock on. But that’s not all. The system sounds on Home and in the Guide have been completely revamped to support spatial audio, so the audio cues from your surround sound system will match the actions you see on-screen. 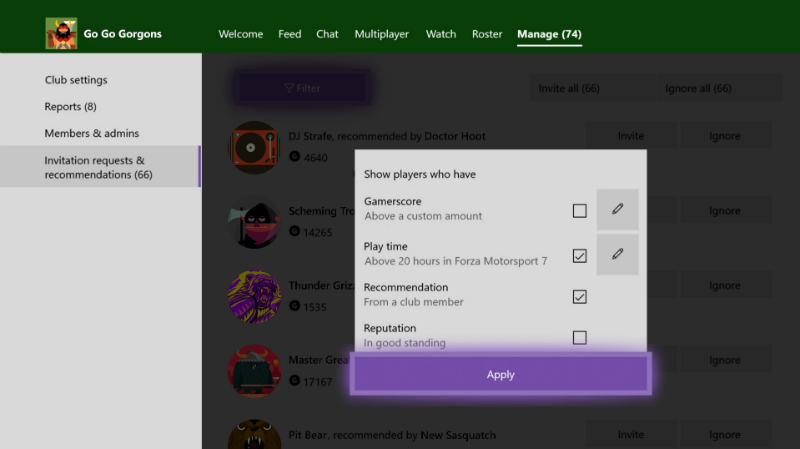 Club administrators can now filter invitation requests based on various criteria, including reputation, Gamerscore, and recommendations from existing club members. Are you setting up a club for hardcore PlayerUnknown’s Battlegrounds players? Set a filter to only show invitees with over 200 hours of playtime.  Maybe you’re looking for Gamerscore completionists in Forza Motorsport 7? Filter requests to only show invitees with over 900 Gamerscore. These filters will persist until the administrator changes them, so if you set or edit club filters, they’ll still be there the next time you sign-in. Club invitees will also now appear in a vertical list, with details such as their Gamertag, Gamerpic, Gamerscore, a line noting if the new invitees were recommended by an existing club member, and a reputation indicator.

You will soon be able to sort your club feeds to show you “what’s hot” and “top posts.” Use the “what’s hot” filter to see trending content in the club feed that’s popular right now. Filtering by “top posts” will show you the most popular posts of all time in that club.

You will also soon be able to disable comments on your feed posts across clubs, Game Hubs, and Community, so the only person in control of the narrative is you. Finally, we’re cleaning up your feeds by hiding posts for broadcasts once they’ve ended. 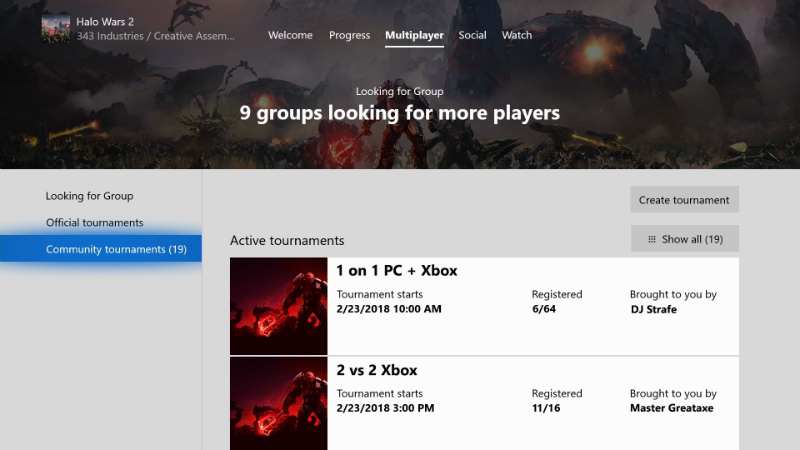 Tournaments are now available directly in Game Hubs, so you don’t have to be a member of a club to start or join a tournament.

In the February update, we told you about a few more features that a subset of users may find – we call these “experiments.” We’re adding even more experiments to the Spring update. These features are only enabled for a portion of the Xbox Insider audience to gauge interest and collect feedback. Last month, we previewed a brand-new collection experience for Xbox Game Pass in My Games and Apps. This month, we’re revamping the experience for Xbox Live Gold as well! You’ll now have a dedicated tab to quickly view and access all your redeemed Games with Gold that you can install. Quickly scroll through all your previously redeemed games and install them with just two button presses.  All of this, and more, will be rolling out to Xbox Insiders over the coming weeks. Thank you, Xbox Insiders, for all your feedback. Your participation in the Xbox Insider Program helps us make the work-in-progress content and features coming to Xbox even better.