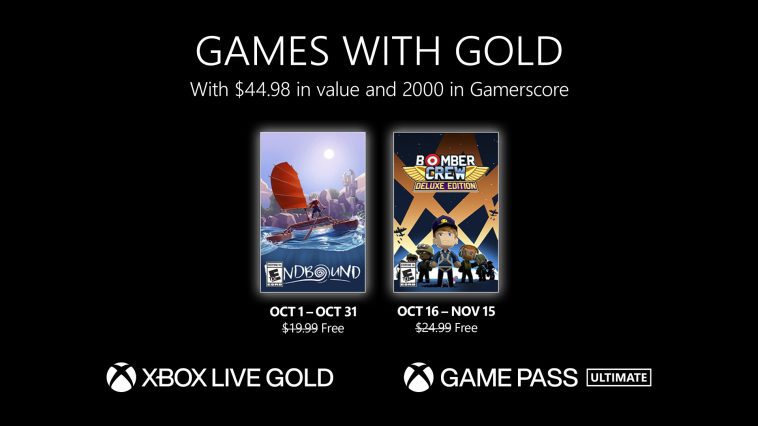 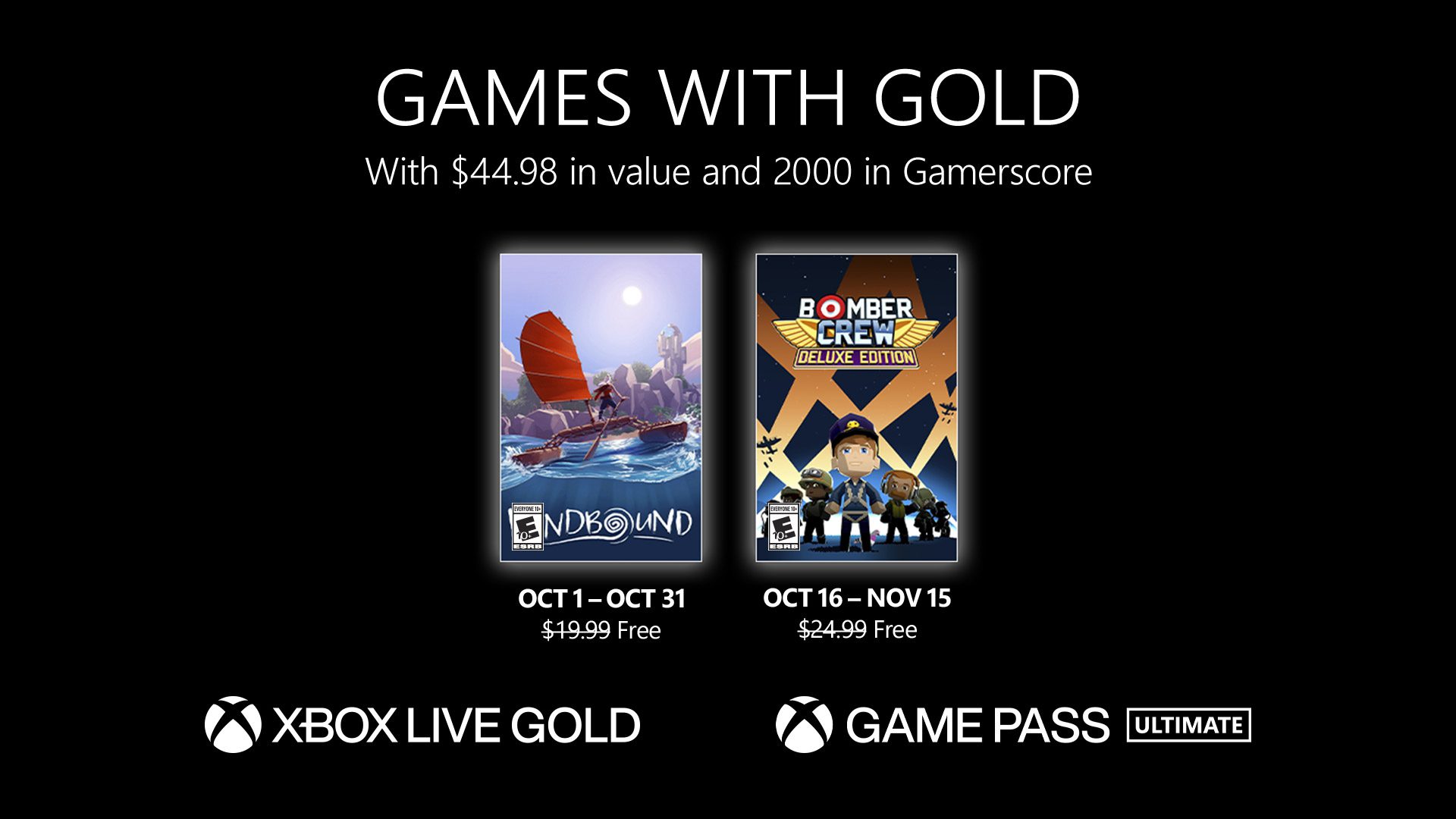 It’s time to announce the October Games with Gold lineup! On Xbox One and Xbox Series X|S, explore a mysterious paradise in Windbound and take to the skies in Bomber Crew Deluxe Edition.

Washed up on an uncharted island, you must use your will and skill to survive! Play as Kara, shipwrecked on the Forbidden Islands with nothing but what you can build or find. You’ll need to craft weapons and tools to survive. Spend time building a new boat which you can use in an immersive tactile sailing experience to reach the other islands. Explore the hidden history of each island to unlock their mysteries. Enjoy this delightfully surprising game that takes the survival genre in a totally new direction.

Listen up fliers! We’re recruiting you to take on extremely high-risk missions in this World War II strategic flying and bombing game. Once you’re up in the air, danger is everywhere. It’s up to you to manage the fuel, ammo, and hydraulics while trying to avoid enemy gunners. Even the weather can bring you down. Keep your crew safe and focused and bring home victory. Bomber Crew Deluxe Edition includes the original Bomber Crew plus the Secret Weapons and USAAF DLC, so there’s plenty of flying to be done.

Read more about our Games with Gold program here and stay tuned to Xbox Wire for all the latest news on Xbox. Like we said before, if you’re an Xbox Game Pass Ultimate member, you get all the benefits of Xbox Live Gold, over 100 high-quality games you can play on console, PC, and across devices from the cloud, and access to EA Play at no extra cost. New games are added all the time, so you’re never without something new to try when you’re looking to find your next favorite game. If you’re new, or if you’re an existing Xbox Live Gold and Xbox Game Pass for Console member, join or upgrade today for just $1.