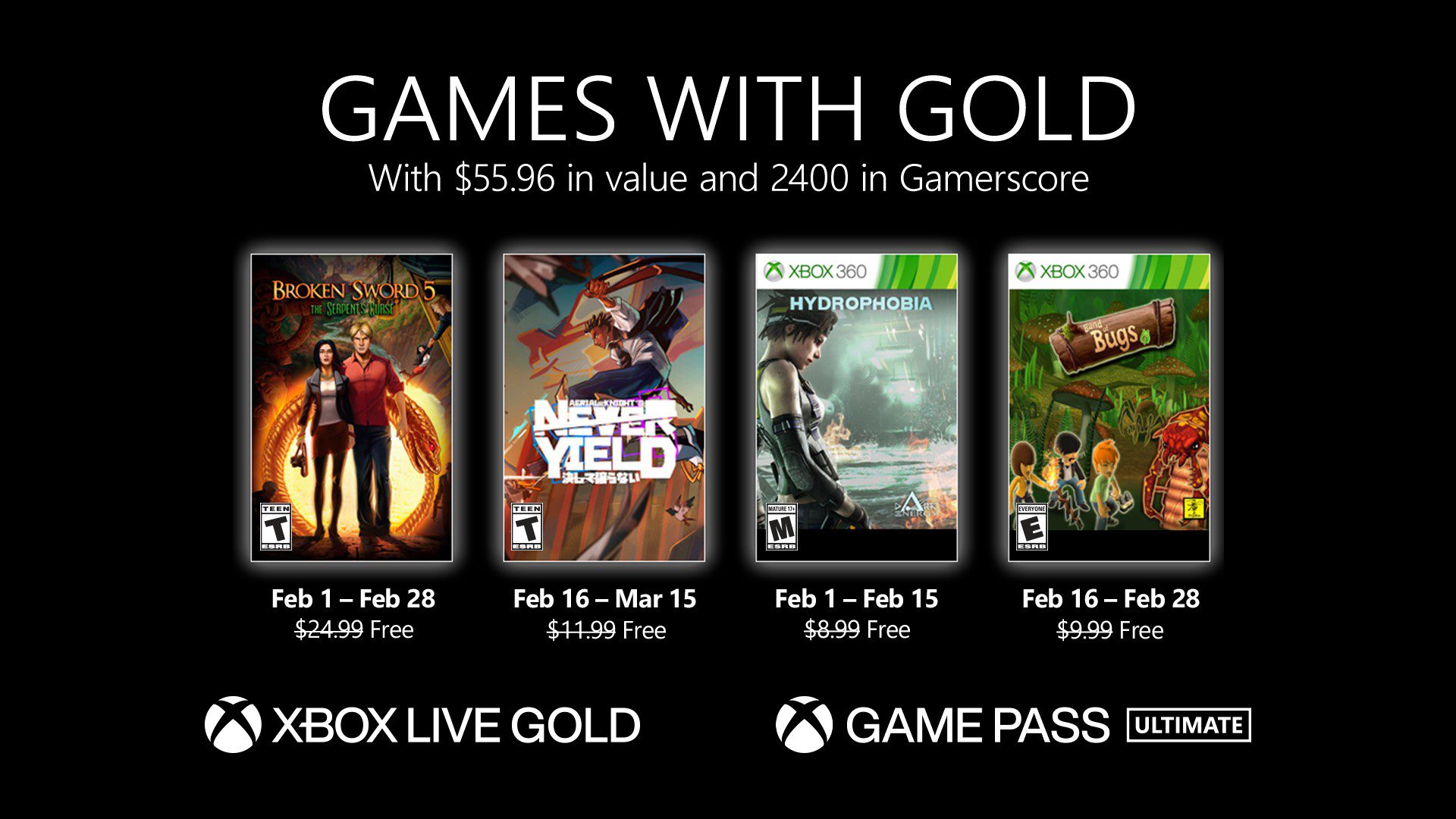 It’s time to announce the February Games with Gold lineup! On the Xbox One and Xbox Series X|S, join in an epic adventure in Broken Sword 5: The Serpent’s Curse, and speed run to a tight soundtrack in Aerial_Knight’s Never Yield. And for our classic lineup via Backward Compatibility, use your wits and the water to fight your enemies in Hydrophobia, and test your strategic skills in Band of Bugs.

Broken Sword 5: The Serpent’s Curse
Play as American George Stobbart and sassy French journalist Nico Collard, on the trail of a stolen painting and a murderous conspiracy. A conspiracy with roots older than the written word, leading to the start of another epic Broken Sword adventure.

Aerial_Knight’s Never Yield
Take on the role of Wally, a mysterious character always in motion as you run, jump, slide, or dash to the soundtrack of Danime-sama. With the average runtime of an action movie, this is a game built for both speed runners and casual gamers alike.

Hydrophobia
Use the engineering skills of the heroine, Kate, to fight back against terrorists who have taken control of her floating city. Featuring fast-paced action and breathtaking visuals, unleash the power of the water itself to wipe out your enemy, in this third-person survival adventure game.

Band of Bugs
Play as your Avatar and fight against, spider, bugs, and even your friends in Spider Hunter Mode. Band of Bugs is a fast playing, accessible game for fans of the tactics-strategy genre, that puts you into the game.