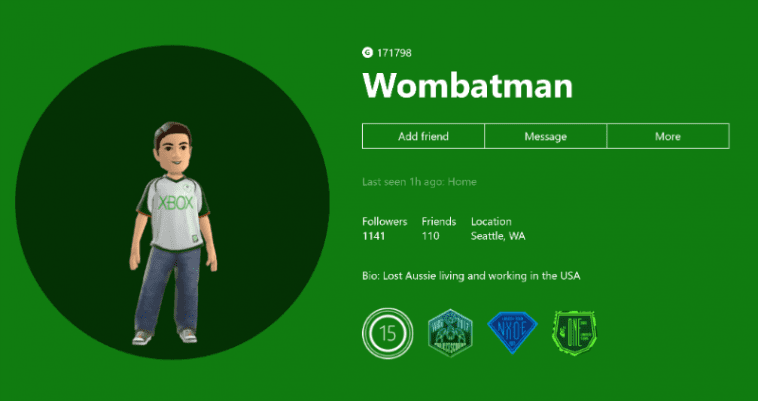 Last month we spent some time talking to the Xbox Insider Program’s XP champion, The Wee Bear, and this week we’re chatting with Xbox Program Manager Brad Rossetti, who you may know as @WorkWombatman on Twitter. Brad plays a big role in managing and communicating system updates, from posting release notes on The Xbox Insider blog to answering questions posed by Xbox Insiders on Twitter and Reddit and much more. Below, Brad takes some time to better explain his role (and the role of the Xbox Insider team) and talks about some of his favorite games! 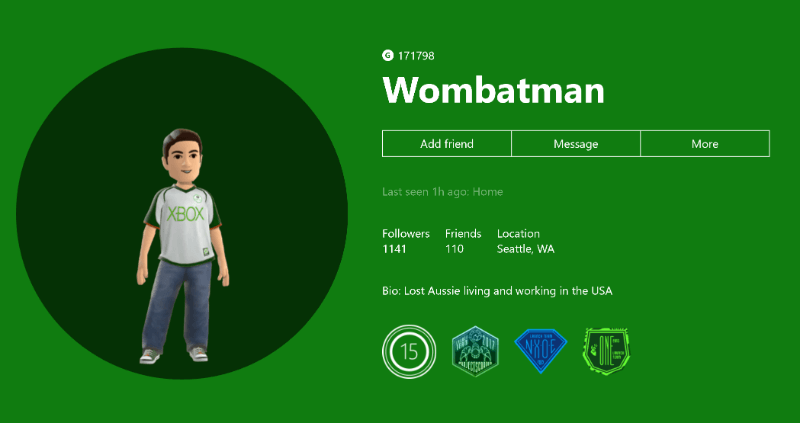 Hi there! For starters, what is your role with Team Xbox?

Brad: I am a Program Manager responsible for Platform and Hardware Previews.  Essentially, this means my team and I provide users with early access to system updates and features. We complement this internally with  early access to hardware. My role also involves managing my team and our release process in a way that ensures we’re listening to feedback from our end-users and shipping quality products and services.

And how long have you been a member of Team Xbox?

Brad: I have been a team member of Xbox for 7 years.

You often Tweet about games you’re enjoying on Xbox One. What game(s) are you playing now?

Brad: I am obsessed with Assassin’s Creed: Origins, which is funny as I really do not like RPGs! I’m also playing Forza Horizon 3 (as an Australian it at least allows me to see the sun when living in Seattle!) and Planet of the Eyes (a fantastic puzzle platformer). I honestly enjoy any short game that lets me maximize Gamerscore every month, given we (members of Team Xbox) have a little competition going. Please send me your suggestions!

Do you have an Achievement you’re proudest of?

Brad: Honestly, it would be the “G-Unit” achievement from an obscure game called 50 Cent: Blood on the Sand. One night, I honestly sat down with this title and joined a random co-op session with another Xbox User. We completed the campaign over a 4-hour session and honestly it was one of the most satisfying online experiences I have ever had on a console. I am now striving to unlock the complete all locations achievement (“Old Habits”) in Assassin’s Creed: Origins and have three more locations to complete after 80 hours of gameplay.

Why would you recommend joining the Xbox Insider Program?

Brad: Users are able to obtain early access to content (such as games and apps) and new system features as well as provide feedback on the experience. The amazing part of previewing system updates is that a user can file a bug using the “Report a problem” tool, and within 24 hours, the Dev Team has looked at the bug and worked on a fix that we can then flight back out to Xbox Insiders within 2-4 days. There is no time commitment to being an Xbox Insider – all you need is a passion for trying new things, providing feedback and, most importantly, having fun!