Dauntless is officially leaving early access with the launch of its latest season: Aether Unbound. This season comes complete with a fearsome new Behemoth called Tempestborne Stormclaw, but the Slayers of Ramsgate aren’t sitting idly by. The Scarred Master has arrived, bringing with her a powerful new weapon: the aether strikers. My name is Dan “dibs” Gibson, Designer at Phoenix Labs, and I’m here today to give you the rundown on Dauntless’ newest weapon.

Meet the Scarred Master. The Scarred Master witnessed the raw fury of Tempestborne Stormclaw first-hand when it robbed her and her people of their home. To combat this menacing new force, she brings the aether strikers to Ramsgate. Think of them as an extension of a Slayer’s will — a way to turn the mind and body into a focused, living weapon. The Scarred Master believes a Slayer’s greatest strength is their inner power. To meet her and earn your first set of aether strikers, head to the crafting plaza in Ramsgate.. You’ll receive your quest to unlock the Aether Strikers after progressing the Dauntless story to the “City on the Verge” quest. Upon completing it you’ll be able to craft a variety of different strikers based on the Behemoths you’ve unlocked so far. Each set of strikers promises unique effects and perks that draw from the power of the Behemoth they’re crafted from. 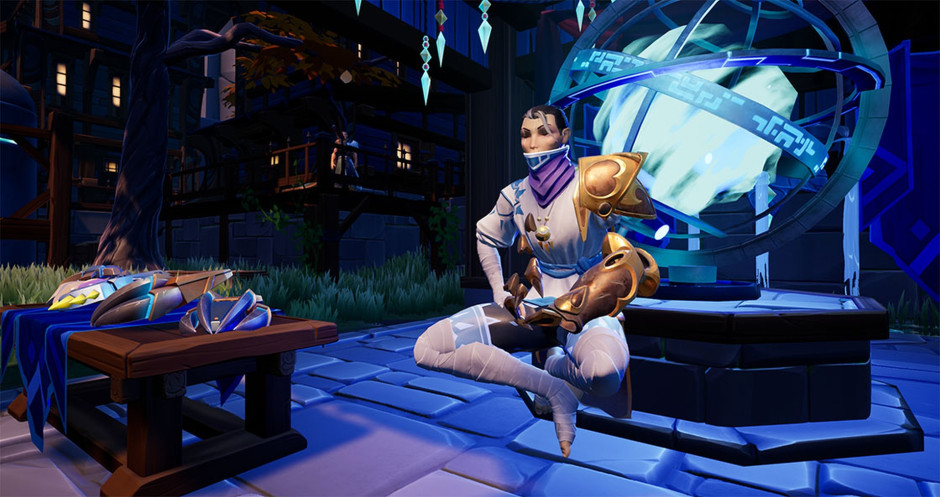 Master your Mantras. Mantras are a new mechanic exclusive to the aether strikers. As you unleash different combos, you’ll charge up different Mantras, unlocking potent new attacks called techniques. Mantras don’t last forever and need to be refreshed periodically, so you’ll want to keep up the assault to ensure that you’re always flowing with your Mantra. Each of your three combos unlocks a different Mantra: Focus, Spirit, and Might. Each Mantra you charge has a corresponding technique. Don’t stick to just one combo, change it up and keep it spicy.

Unleashing powerful techniques. Once you have charged up at least one Mantra, you’ll gain access to Surge — a lethal dash attack that lets you to pass through and damage your target. Not only is this great for dodging an incoming blow, but it also refreshes your Mantra timer. It will be an essential tool for making sure your Mantras are always up. With one Mantra charged, Slayers can access Tempest Form, the simplest technique. Activating this technique will provide Slayers with an extended attack speed buff. At two Mantras, Karma Breaker unlocks. This devastating strike deals damage up front and then over time to its target. Finally the most powerful technique, Adamant Bolt, unlocks with all three Mantras active. Buckle up, because this is where we go full anime. With Adamant Bolt, Slayers unleash a cannon-like blast dealing damage to the first target it hits. Plus, it will deal bonus damage if Tempest Form or Karma Breaker is active, and even more bonus damage if you’ve activated both. 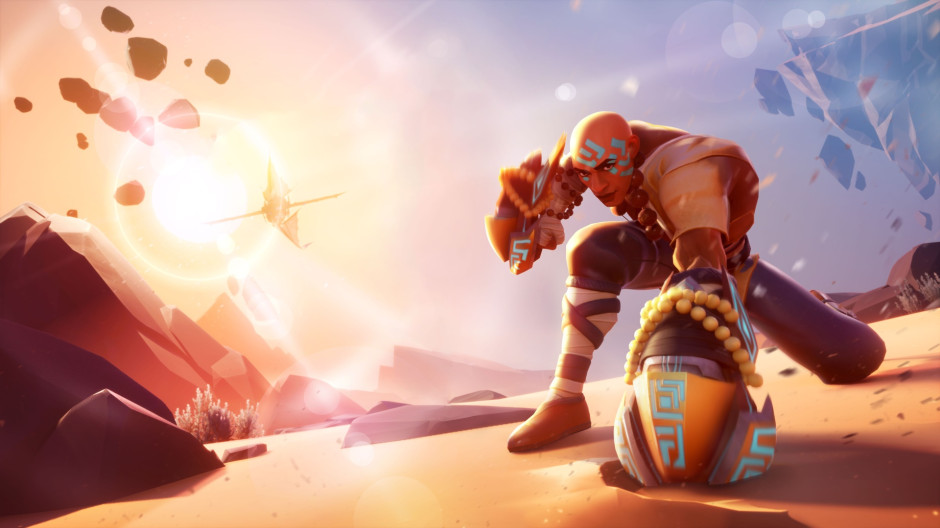 Get up close and personal. Combos, Mantras, technique … and anime? There’s a lot to manage with the strikers, which makes them one of our deepest weapons in Dauntless to date. To unlock their full potential, Slayers will have to get up close and keep the pressure on. Be mindful of your combos and timers. Stay varied, and use Surge to keep your Mantra timer up. By balancing all three combos, all three Mantras, and all three techniques, you can become a devastating force of will.

Being blunt. Dauntless features three different damage types: piercing, cutting, and blunt. Piercing is great at exposing weak points on the Behemoths, whereas cutting is useful for severing tails and other parts. Blunt, on the other hand, is great at staggering Behemoths and breaking through hard armour, such as Skarn’s rock plates. The aether strikers deal primarily in blunt damage. The heavy attacks on the strikers are also excellent for interrupting Behemoths when they charge in. The next time a Shrike, Embermane, or Riftstalker dives towards you, don’t back down. Stand your ground and unleash a retaliating strike of your own. The resulting interrupt will create a big window of opportunity for the hunting party to attack and dish out some serious damage.

That’s it from us at Phoenix Labs. We’re very excited to share Aether Unbound and the aether strikers with you. Happy hunting, and we’ll see you in the Shattered Isles!

Dauntless is available now for Xbox One on the Microsoft Store as a free to play title. Click here for download details.