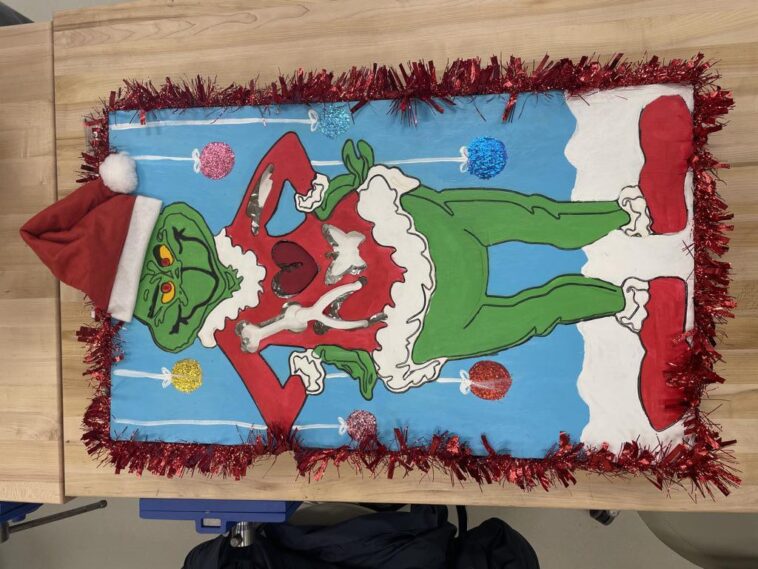 Before succumbing to the Whos’ Christmas cheer, the Grinch’s heart was two sizes too small (or three in the text) and that sounds like a medical condition that warrants immediate surgery. What better way to celebrate Christmas this year than by performing that surgery yourself after building this Grinch-themed Operation game.

This project from Hanzlica puts a grumpy green spin on the classic Operation game. The gameplay is the same and there are six maladies to remedy, including a broken heart, butterflies in the stomach, and the ol’ nail in the arm. As in the standard Hasbro game, the goal is to pull those pieces from the patient’s body without touching the sides of the cavities. But this version is enlarged to the point where players don’t need to use special tweezers and can instead pull the pieces using their hands. The cavities have aluminum foil lining and act as capacitive touch sensors to detect contact.

The Instructables tutorial provides detailed instructions on how to build the board using plywood and glue. The removable pieces are 3D-printable and a laser cutter is ideal for the complex board outlines. An Arduino Nano RP2040 Connect board handles logic. It detects contact through an Adafruit 12-key capacitive touch sensor breakout board. That knows which cavity the player touches, which allows for the use of different sound effects that play through a small speaker connected directly to the Arduino.

Both kids and adults should get a kick out of this game, which will make it perfect for holiday family gatherings.

The post Make your own Grinch-themed Operation game this Christmas appeared first on Arduino Blog.