When we started developing Lou’s Revenge, we drew our inspiration from a collection of sci-fi stories called “The Ultimate Weapon,” which I had read about 10 years before. In one of the stories, a U.S. SWAT team, led by an archaeologist, makes their way through the jungle to some Native American shrine while fighting off some local tribe and the guerrillas. According to a prophecy, there is some kind of ultimate weapon from the Maya civilization, a nuclear bomb of some sort, somewhere in the depths of the jungle. If the weapon is found, it’ll mean the beginning of Armageddon.

In the end, the American troops open a portal to Hell. Naturally, demons, led by the Devil himself, swarm out of the portal. Very quickly it turns out that demons can be easily killed with rifles, and to eliminate their boss, you just need to shoot with armor-piercing bullets. For a Native American armed with a stone axe thousands of years ago, it was an impossible challenge, and the boss was the ultimate weapon. So, to cut a long story short, the invasion ends prematurely.

So I thought: what if the protagonist, say, from Diablo had a machine gun? Hell would be conquered much easier and faster. Then I came up with the idea of making a demon the main character – after all, I have always appreciated games where you have to fight for the “wrong” side. As the game progresses, you have to liberate Hell occupied by humans. So, basically, the game is the opposite of Diablo, only with big guns.

The development began in early 2017. That’s when we decided to reskin our top-down shooter with no frills, bells or whistles. Now, after more than two years of development and our relentless and arduous work, Lou’s Revenge is finally out on Xbox One. 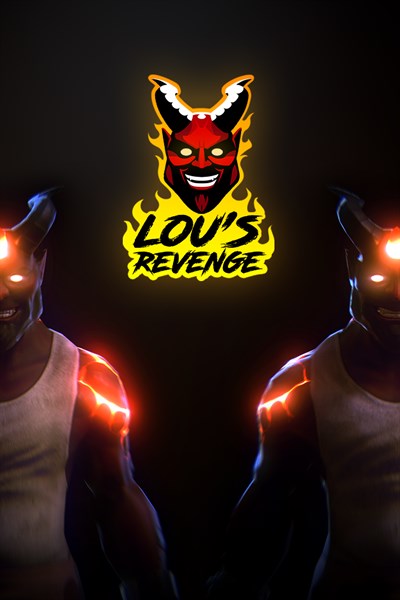 ☆☆☆☆☆
★★★★★
$19.99
Get it now
Xbox One X Enhanced
Lou's Revenge is the first satirical action-RPG in which you can play Lou, Satan’s son! Ever wondered what it's like to be Satan's son? Nothing special… Brawls, endless joy and reckless shooting — the usual routine. Save Hell! Wait… What? Yup, that's right – Hell! It's not the place it used to be – Hell's been possessed. Possessed by the most vile dark hideous evil the world has known — people. They've turned your stronghold of sin into a madhouse, and only you can stop them! Choose the right side of evil and rescue your ""princess"" — the most badass dare-deviless Hell has ever seen.

Related:
Try and Connect Them All in the Colorful Puzzle Game Batu Ta Batu, Available Now on Xbox One
Drop into Tony Hawk’s Pro Skater 1 and 2 Today on Xbox One
Next Week on Xbox: September 8 – 11