Ah, hello again. It’s good to see you. Come, join us, we were just getting started.

The world of Little Nightmares is quite like exploring a child’s bad dream about the realm of grownups, but with all the distortions and misunderstanding made completely real. Adults tower over you menacingly. They are utterly powerful and full of secret intentions. There are rules that are never explained to you which must be followed to the letter. And yet, you are never permitted to wake up. 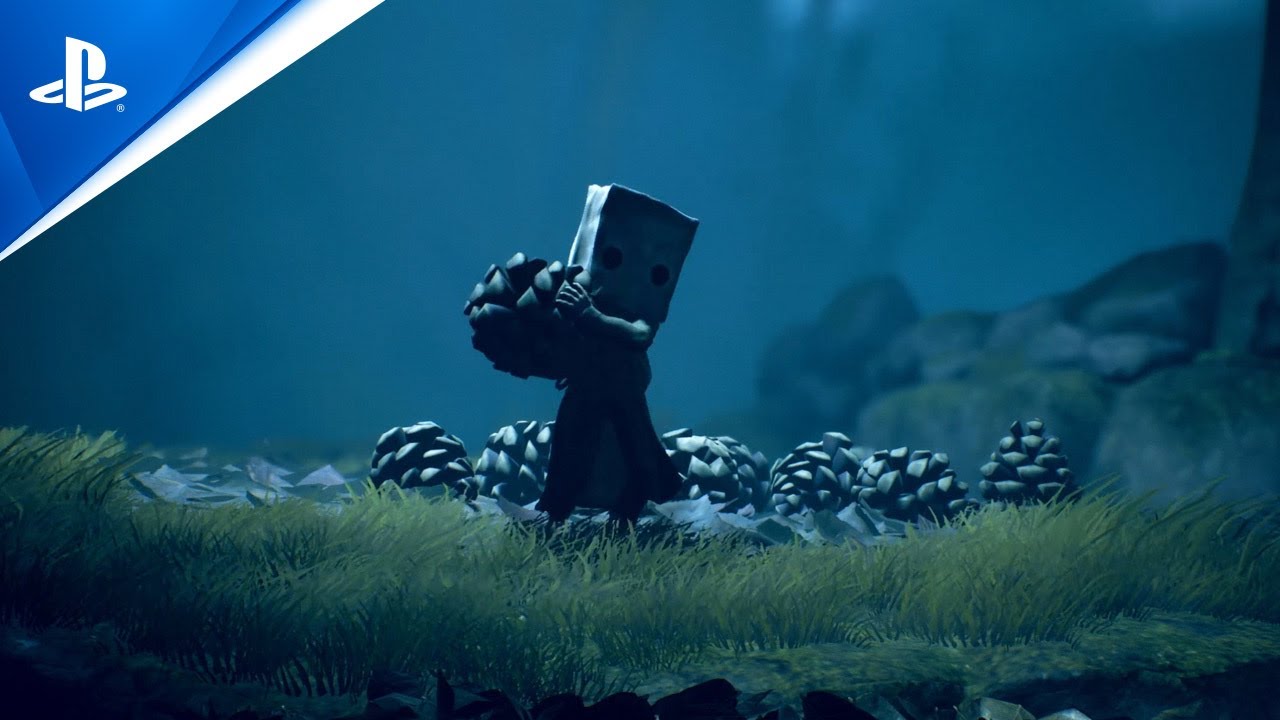 When the team approaches creating a new adventure in the world of Little Nightmares, this is where we begin, with a strange world that isn’t made for the children trying to navigate it. Each adventure leads the visitor through a system that acts in accordance with a basic principle or concept, challenging you to overcome both puzzles and horrors that will stalk and capture you if you wander too close.

One of our main design principles is that, to help you feel the same level of confusion and struggle that a child feels, the game explains very little. You must find solutions and learn about your environment through careful observation.

In the original Little Nightmares, we were trapped in The Maw, which operates on the principle of hunger – not just the physical sensation, but other concepts that are related, like greed and over-consumption. In Little Nightmares II, we travel to the Pale City and its surroundings, an area that entices and threatens us with escapism. Let’s talk about how that theme touches the main areas of the game.

The natural beauty of the Wilderness might seem a tonic to the idea of things that one must escape. Quickly, we can notice that we might not be alone in this beautiful forest. Traps and snares are everywhere; someone is intent on capturing anything that dares move. The Hunter, who mutters and snarls beneath his mask like a pack of hounds, is the embodiment of a threat you can’t fight.

Your only hope with the Hunter is to run faster, think quicker, and look for a way to turn the tables. It’s a very primal version of escapism that shows us the roots of the behavior. Keep your eyes open for others who were lost to the hunt as you trek through the Wilderness. Sometimes, not even digging into the ground can save someone in the Hunter’s sights.

Then, across the cloudy sea, on the outskirts of the Pale City, you have the School. This twisted learning institute is home to other predators who are also fond of setting traps. Bullies rove the halls looking for anything weaker than them to torment, but they are not at the top of this food pyramid. Even the wildest Bully wouldn’t dare to so much as twitch without permission when they’re inside the Teacher’s classroom.

In this school, conformity isn’t a choice, it’s survival, and everyone is looking for a moment of escape. Even the Teacher needs to step away from her duties from time to time, and if you’re clever enough, you might catch her dabbling in her own form of artistic expression.

We’ve already discussed how the Hospital’s Patients are seeking to escape from their humdrum lives by looking for a medical source for their boredom. They run willingly into the Doctor’s waiting room and become part of his search for the perfect expression of his techniques. Even though his methods are horrific, his perfectionism is also a bit of procrastination – forever fiddling with details rather than finishing his creations, hiding away from the possibility that the final product won’t be as good as hoped.

And then, we come to the Pale City itself. Here we have a population of Viewers who have given up everything to tune in to the sweet promises of the Transmission. What might look like useless static is a siren’s song that lures these Viewers with whatever their hearts desire. The more they watch, the deeper they fall under its control. They develop a dependency on the Transmission, violently destroying anything that interrupts their connection to its cool, heartless glow.

Eventually, the Transmission leeches away everything that makes them unique. Their faces soften and blur, their limbs quiver in time with the commercial breaks. They become desperate to get closer to the screen, as if they’re bathing in its light. It becomes harder and harder to tell where they end, and the television begins. Finally, in a state of televisual rapture, they quietly slip all the way in to the signal, leaving behind only a suit of empty clothes.

Mono, and his new abilities, can be seen as a threat to these systems of escapism. He can use the televisions scattered around the city to move freely where others cannot. He can attack things straight on, cutting through the static.

When he frees Six from her captivity, he’s also freeing her from her own fixation. The music box that she endlessly plays while locked in the Hunter’s shack is another form of escapism – rather than continuing to struggle to break out, she’s become entranced with this music to the point where it’s pacified her until Mono comes along.

But Mono also isn’t immune, as he seems to have a mysterious connection to the Transmission. More than once, Six saves him from becoming entranced by the twisting corridor that opens to him when he comes across an active television.

Their partnership is their only hope to shake the city free from the Transmission’s grip, and in doing so, perhaps escape the terrible fate of all children who find themselves in the world of Little Nightmares.

Please join us tomorrow, when Little Nightmares II slips into our waking world.