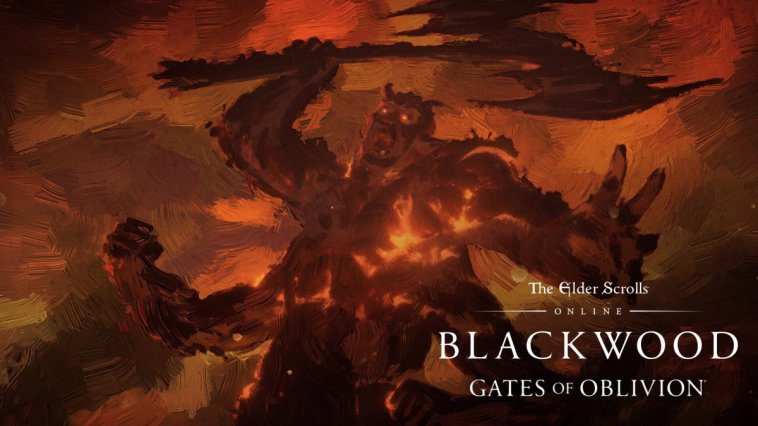 Discover the mortal ambitions and Daedric schemes that lead to the upcoming Blackwood chapter and larger Gates of Oblivion adventure with this new story trailer (above).

In The Elder Scrolls Online: Blackwood, arriving June 8 on Xbox One and Xbox Series X|S, you’ll have an opportunity to discover a story that began with the Longhouse Emperors and Mehrunes Dagon as part of the year-long Gates of Oblivion saga.

This massive new storyline kicked off in March with the Flames of Ambition DLC and continues with the upcoming Blackwood chapter and throughout the entirety of 2021. Of course, you can jump in any time and still experience an incredible tale of ambition and destruction, as each unique release tells its own unique tale. Even better, with the Blackwood Prologue available now for everybody who owns The Elder Scrolls Online, you can take your first steps into the new chapter’s main storyline before it arrives this June!

Imperial ambitions, Daedric schemes, and a desperate band of heroes standing in the face of destruction itself, the Gates of Oblivion year-long saga is going to be an adventure unlike anything you’ve seen before. In addition to continuing this massive story, Blackwood also introduces a new zone to explore, the new Companions system, the new Oblivion Portals world events, and much more. For more on the upcoming chapter and the Gates of Oblivion storyline, visit The Elder Scrolls Online official website for everything you need to know — we’ll see you in Blackwood!

☆☆☆☆☆170
★★★★★
$59.99 $47.99
Get it now
The Elder Scrolls Online Collection: Blackwood is the ultimate Elder Scrolls experience and includes the Base Game and all Chapters: • Blackwood (New for 2021) • Greymoor • Elsweyr • Summerset • Morrowind Pre-purchase now to begin your adventure immediately in the base game or previous Chapters and gain instant access to the Nagahide Welwa Ravager Mount, plus bonus content at launch: • Dremora Kynreeve Outfit • Deadlands Wamasu Pet • 1× Iron Atronach Crate, including exclusive randomized loot • 3× Blackwood Treasure Maps • 2× Experience Scrolls, granting Double XP ULTIMATE FREEDOM—Create your ultimate RPG character, play solo or adventure with friends, and determine your fate in an ever-expanding world. With no level restrictions, go anywhere, at any time in a truly open world. In The Elder Scrolls Online, the choice is yours. CHOOSE YOUR ADVENTURE—With a new tutorial, begin your adventure where you like: emerge from Coldharbour in the Base Game, battle Dragons in the Elsweyr Chapter, or get ready to face the Prince of Destruction, Mehrunes Dagon, in Blackwood, the latest Chapter. All content is accessible for new players, and you can switch adventures whenever you like. INCLUDES LATEST CHAPTER: BLACKWOOD—As part of the Gates of Oblivion adventure, a deal made with the Prince of Destruction comes due in Blackwood. Explore Imperial cities and murky bogs, uncover Mehrunes Dagon’s sinister plot, and never adventure alone with the new Companions System.