Konrad the Kitten is ready for all your love in VR | Blogdot.tv

With cute-sim Konrad the Kitten launching officially this week, we caught up with Konrad Kunze, Lead Game Designer at FusionPlay, to ask him all about the love, care and attention needed to own a virtual feline.

Hello! Please introduce yourself to everyone.

Hi, I am Konrad Kunze, the Lead Game Designer at FusionPlay. FusionPlay is the brand of IT Sonix custom development GmbH that cares about innovative gaming concepts which merge the digital and the real world. Besides Konrad the Kitten, we are also working on FusionPlay Heroes, a physical card game with NFC radio chips contained in each playing card.

Both games are more or less my babies. I am primarily in charge of the Game Design but also care about a lot of things around the game development itself. For Konrad the Kitten I also coded the game. 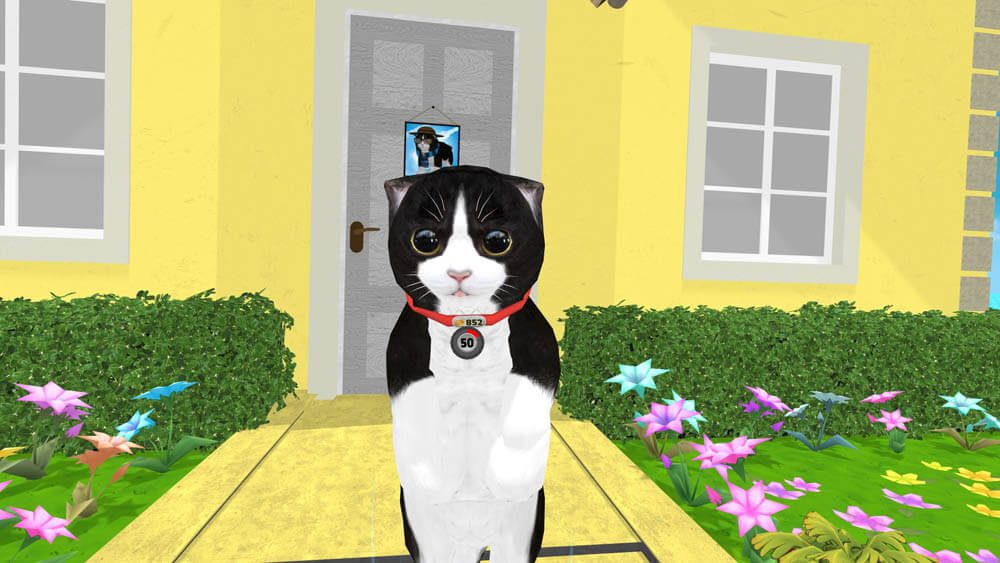 Tell us the origin story of Konrad the Kitten – why was it originally created?

The first prototype was created 2016 as a gift for my girlfriend. As she loves cats and I was experimenting with the new possibilities of the just released HTC Vive, I decided to create a little cat game for her. At the same time I was reading a lot about people that were trying to track their arms and feet with the HTC Vive Controllers to bring them into the virtual world. This gave me the idea of having a real world item representing the cat, to make it possible to physically touch and lift the kitten.

It did not take long until I saw a plush-covered children’s hotwater bottle (in the shape of a cow). This seemed to be perfect to simulate the cat because of the weight, size and feel.

So on our anniversary day I ran my program, told my girlfriend to put on the Vive and look down. In VR she saw the little kitten and immediately liked it. Then I told her to lift the little kitten, and at first she was confused as she had no controller in her hands. I told her just to try lifting the kitten, so she reached down and gave a big “aww” when she realized she could really hold this little furball in VR, and it felt real.

What happened after that? (Apart from a happy girlfriend.)

She loved the little game, although it wasn’t much more than a demo. We both agreed that this idea was so incredible, it needed to become more than just a cute demo. Fortunately, I was already working for FusionPlay on FusionPlay Heroes. I showcased the cat demo to my boss as a proof of concept and luckily could convince him to set up a separate project to let me make this little concept into a full game. 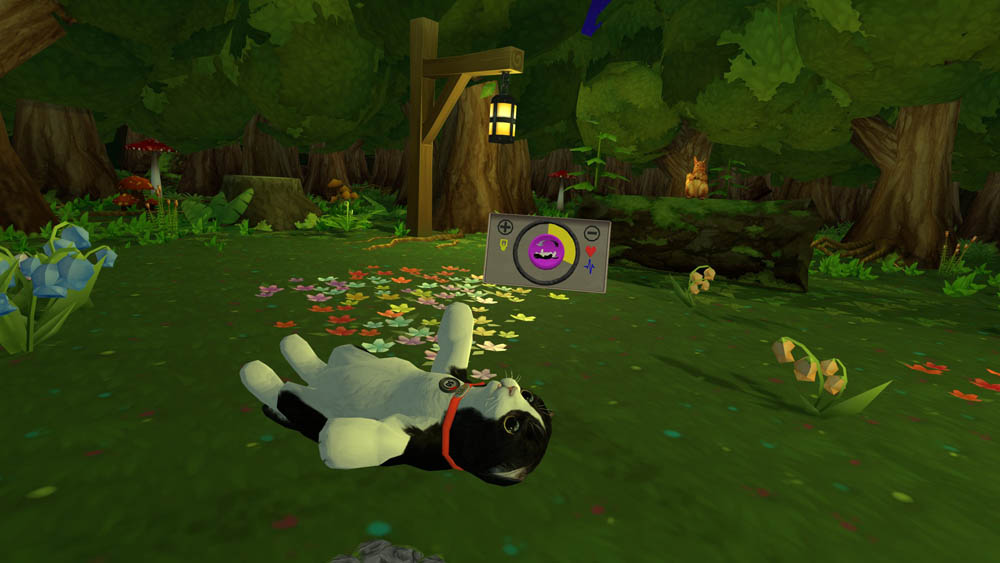 You’re a Konrad, the kitten is a Konrad; is this a coincidence?

More or less. In the beginning the cat had no name. The first internal version was just called “virtu-real cat”. I wasn’t happy with that name but I am not good in thinking up names, honestly. Then a friend of mine tried out the game and asked “Is that called Conrad the Cat?”. I immediately liked this idea. First of all, because it is a really catchy name and second, because it does not directly involve my own name (cause it was written with a ‘c’).

But then we found out that ‘Conrad the Cat’ is a registered trademark, so this was no longer an option. Finally the name became ‘Konrad the Kitten’ which works nicely but unfortunately now includes my name. I didn’t like that much but as I could not provide any better idea it became the name of the game!

Konrad is a virtual kitten. What can you do with him?

Mainly you do two things with him: introducing him to objects he likes and playing games with him. Playing with him is done with mini-games. You can help Konrad catch mice or fish, guide him through a set of rings or let him throw dishes from the table.

Helping him to interact with stuff is more passive. So, if Konrad is hungry, you move him to the food bowl (or the pizza slice) to let him eat. If he needs to poop afterwards, you put him in his litter box. You need to care about his wishes and needs to make him a well-behaved cat that also likes you. 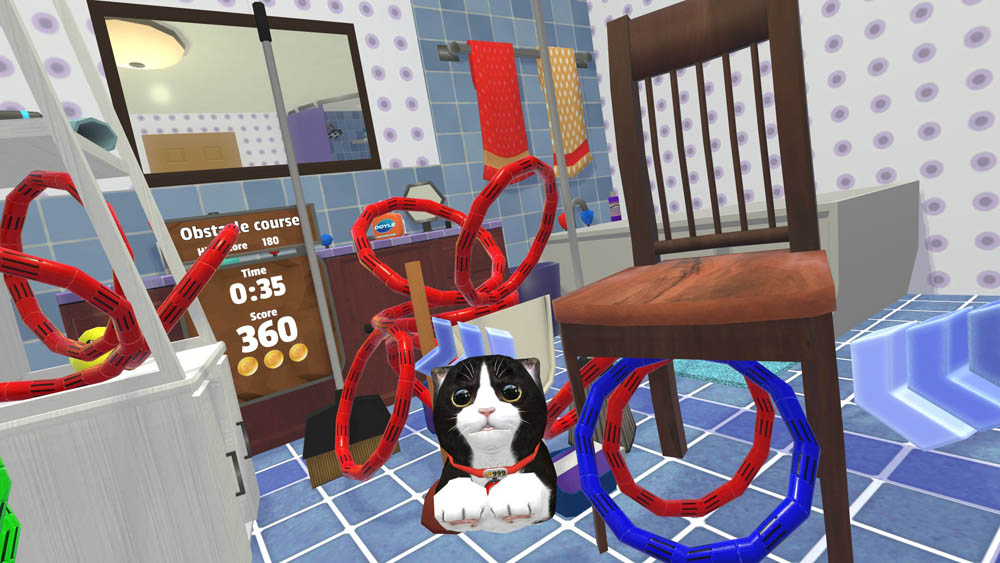 You can put him in his litter box… but do you have to clean it? (As a cat owner, not my favorite task.)

No, you don’t have to! All objects reset themselves when Konrad leaves them. Even the water bowl fills up automatically after Konrad has stopped drinking. Isn’t that something you need in the real world?

Yes, I do. So, Konrad seems similar to the old ‘Tamagotchi’ games – we have to ask. Can he… die?

The game mechanics are comparable to a Tamagotchi. The game wants you to care for the kitten each day for about 20 minutes. Completing actions drains Konrad’s energy. If he runs out of energy, you need to come back later. Over the time his energy replenishes but his love and behavior decrease, so you should check back regularly if you want his love (and good behavior!).

Don’t worry though, no matter what you do, Konrad can’t die. The worst thing that can happen is that the attributes ‘love’ and ‘behavior’ reset to their default values.

Tell us about the ‘Plushy Mode’. Is it easy to use?

Plushy Mode is so special! When you activate this in the options menu the game shows a video that tells you how to attach the Vive Controller to the back of a plush toy. This is the most unique thing in the game, as it raises the immersion a lot. Instead of holding a Controller, you then hold a plushy in your hands. In the virtual world, the plushy is replaced by the cute little kitten. So your brain is tricked and thinks that you are really holding a fluffy kitten. It sounds totally strange but needs to be tried out to understand how well it works.

You’ve got a lot of accessories for Konrad to wear. Tell us about your favorites! It also looks like you can change Konrad’s fur, making him look more realistic? 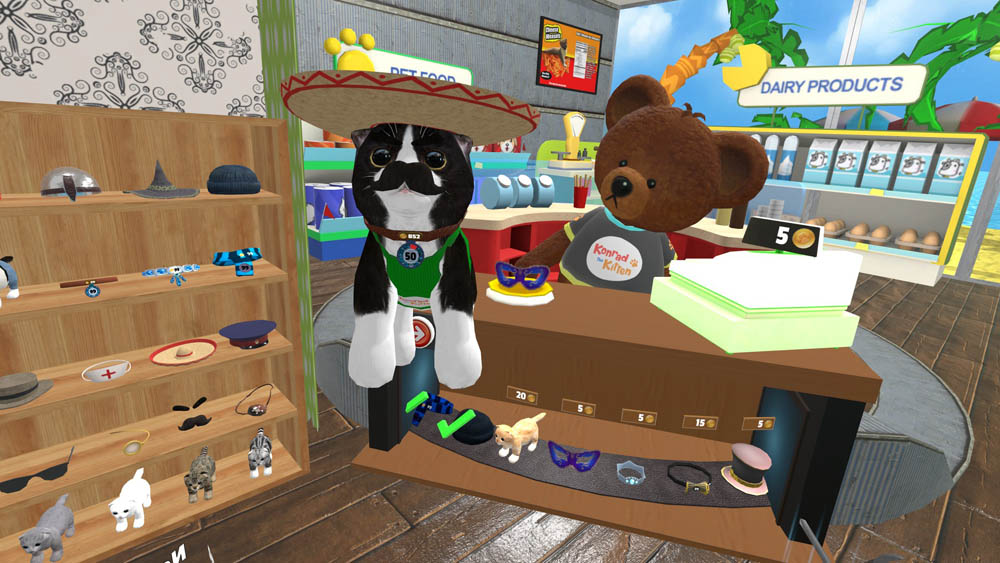 As for his fur, we added different fur patterns and colors so that players can recreate their own cat or match the fur with the cat they always wanted. My favorite one is definitely the bobble cap combined with the scarf. That just looks so cute!

Are there any plans to add more features to Konrad, now you’re out of Early Access?

We have plenty of ideas that we may add in the future but we haven’t decided anything specific for now. There are ideas for new areas like a garden, a desert and a snow capped mountain. Also ideas for new minigames like riding on a magic carpet or catching symbolic dreams that float around a bedroom. We are also thinking about whole new features like having the second controller becoming a camera that takes photos of your kitten or having a playroom where you can start the minigames directly and see their high-scores. We’re even thinking about beauty contests for the cat!

One thing is for sure: there will be a first small update in late March that adds some cute stuff for the Easter season.

Finally we have to ask. Are you a cat owner? If so, can we see pics?

No I don’t have a cat but my girlfriend has a cat (sometimes even two) at her work. She is the crazy cat lady!

This is the cat all her love belongs to – named Morle. 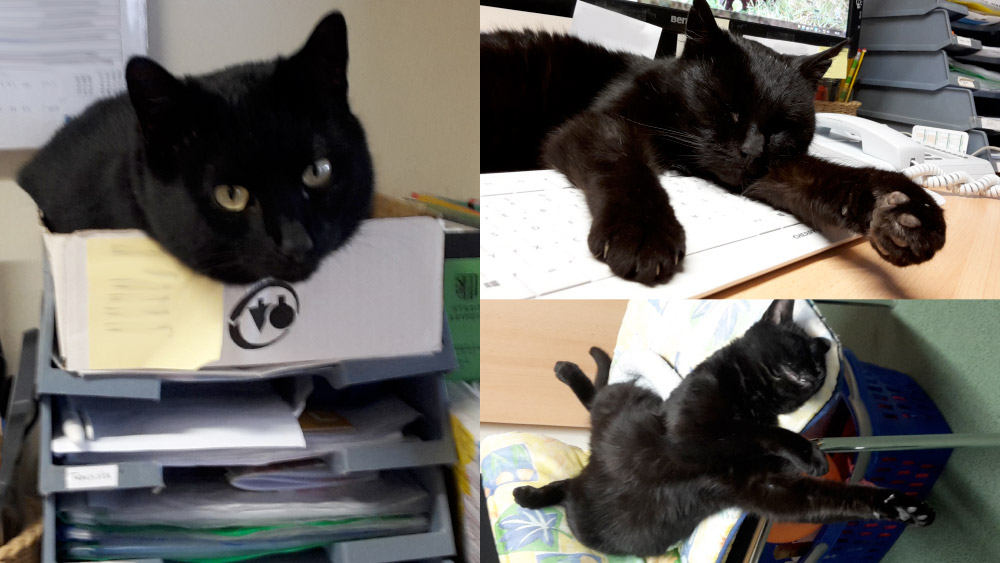 Thank you very much for talking to us, Konrad!

Konrad the Kitten is available on Viveport.