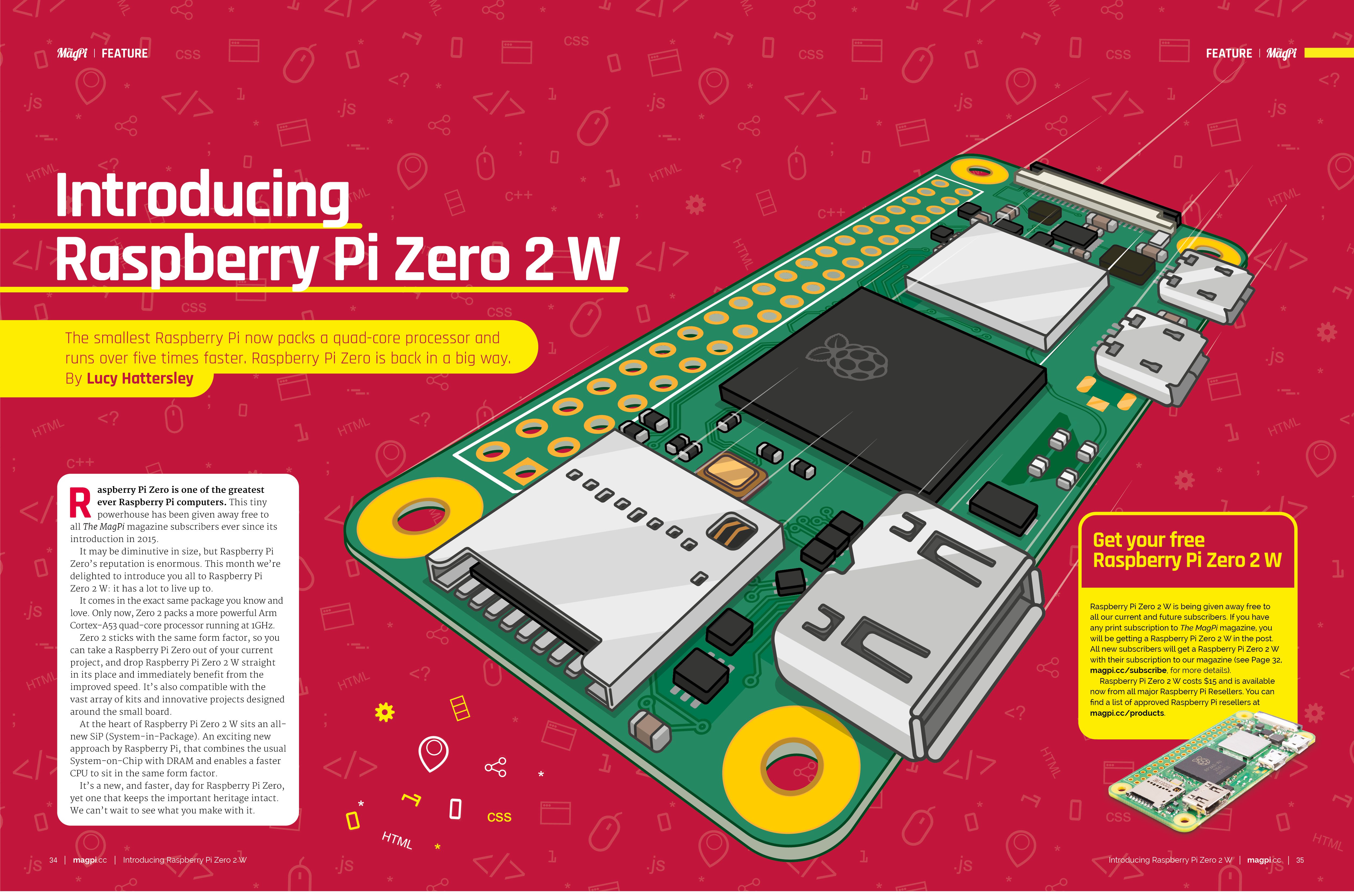 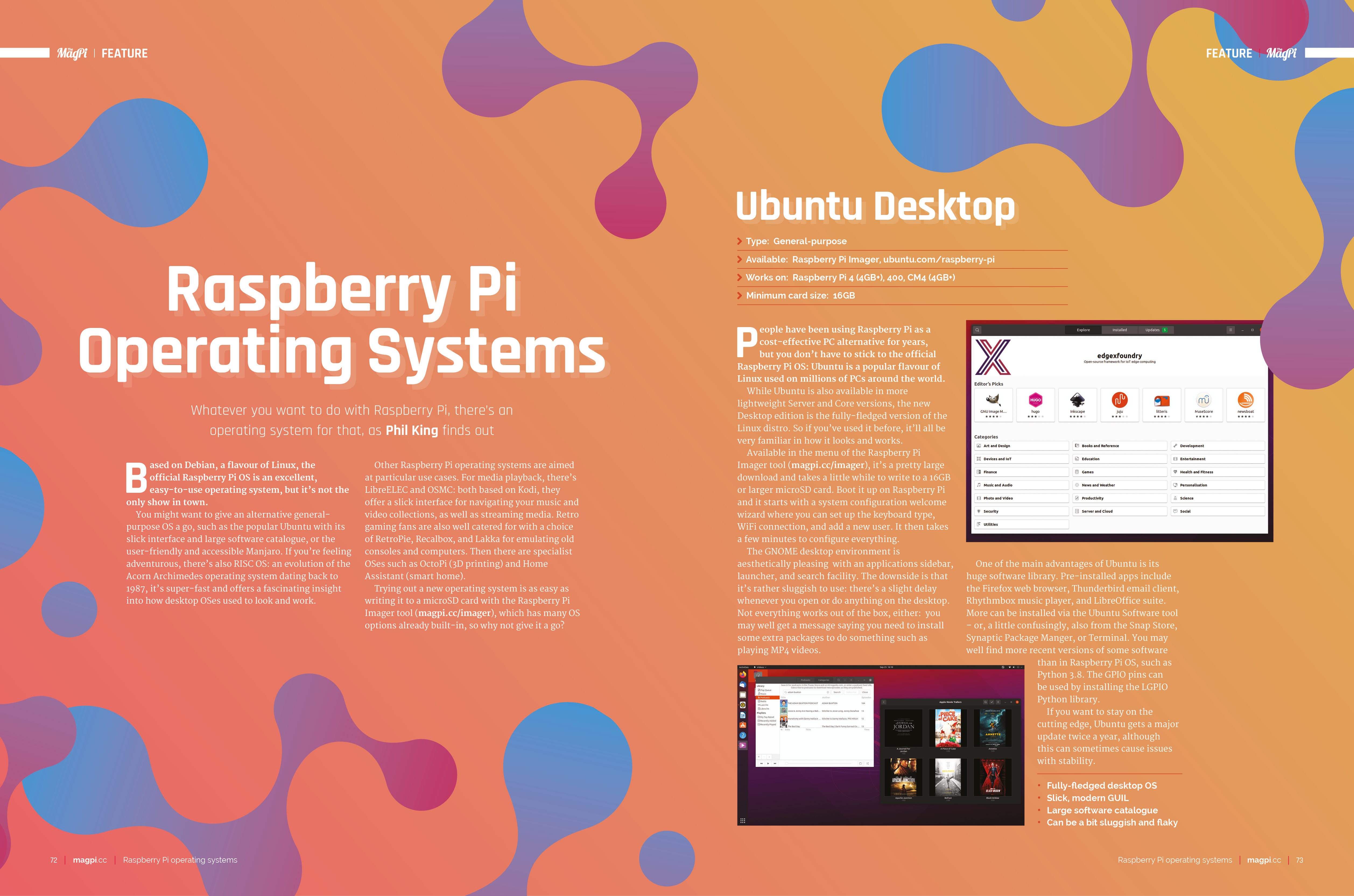 We love Raspberry Pi OS and it’s just one of many different OSes you can use with a Raspberry Pi computer. This month, we look at Ubuntu, RISC OS, LibreELEC, RetroPie and a wealth of other OSes. So turn your Raspberry Pi into something new with a different operating system. 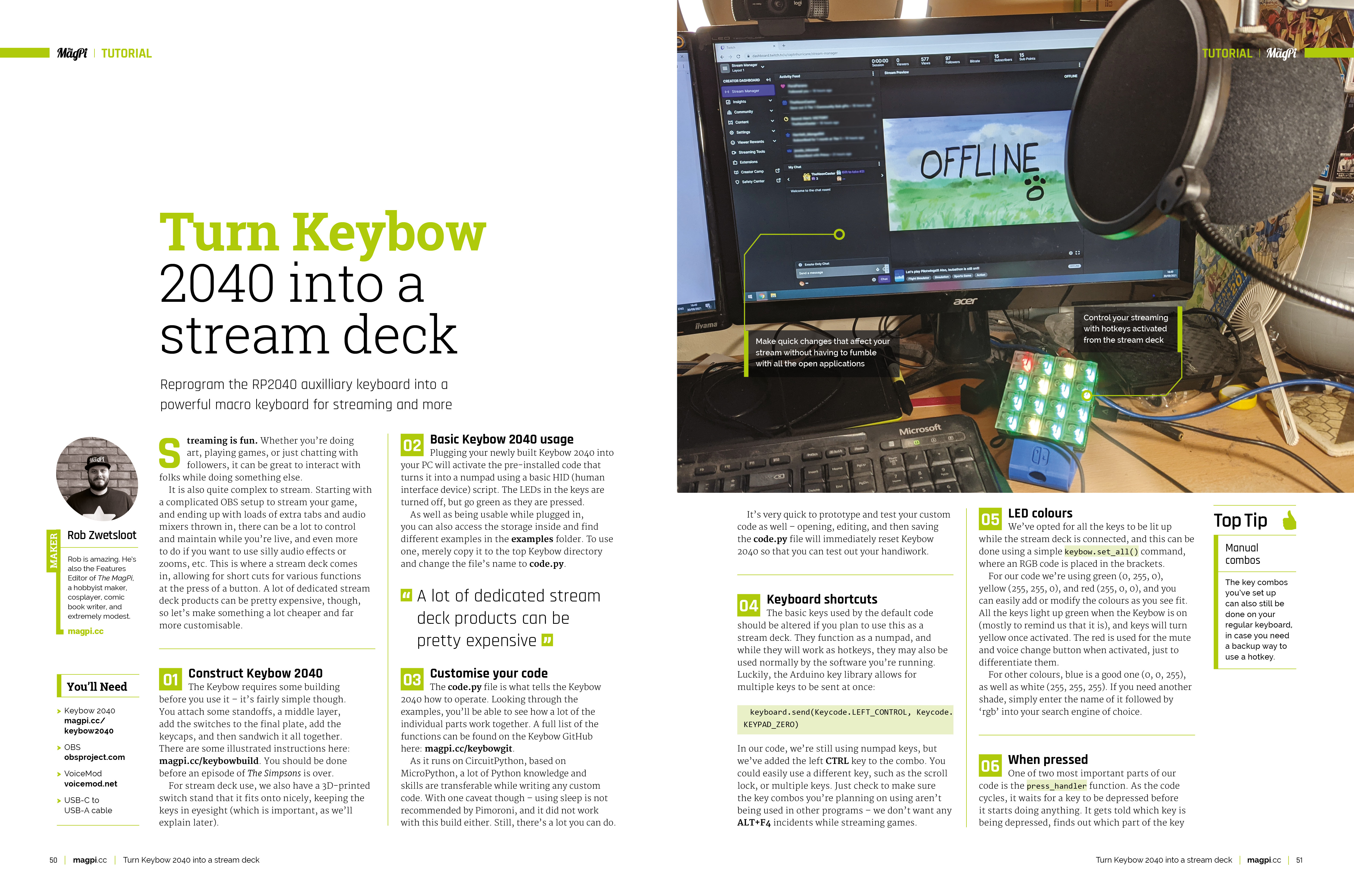 Streaming video across the internet is much easier with a Stream Deck. These clever dedicated keyboards contain LEDs that light up and enable shortcuts at the touch of a button. This month, Rob Zwetsloot shows us how to turn a Keybow 2040 into a stream deck for video control. 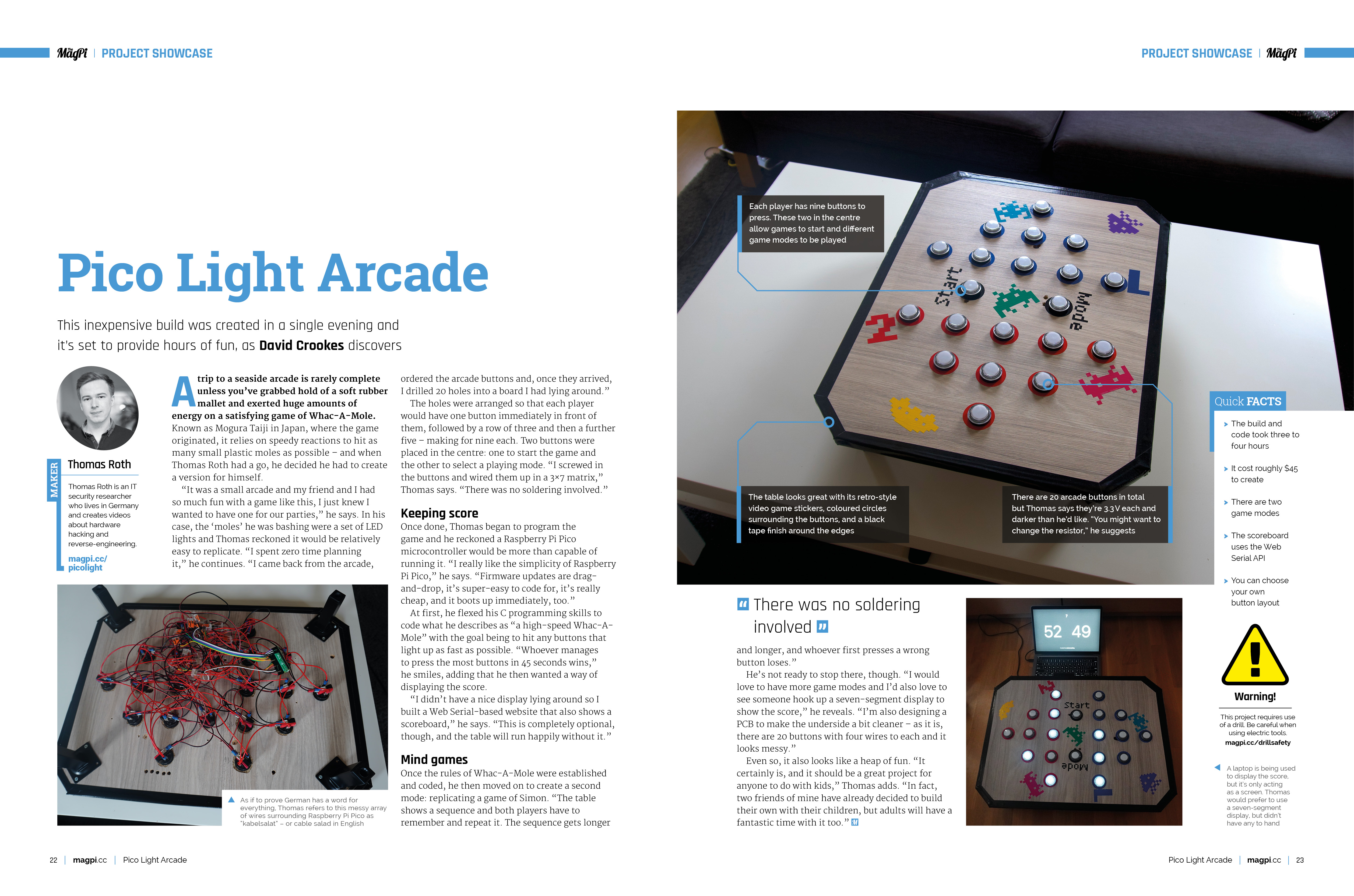 Every issue of The MagPi magazine is packed with Raspberry Pi and Raspberry Pi Pico projects. This Light Arcade is a physical recreation of the Whac-a-Mole games found in seaside arcades across the world. 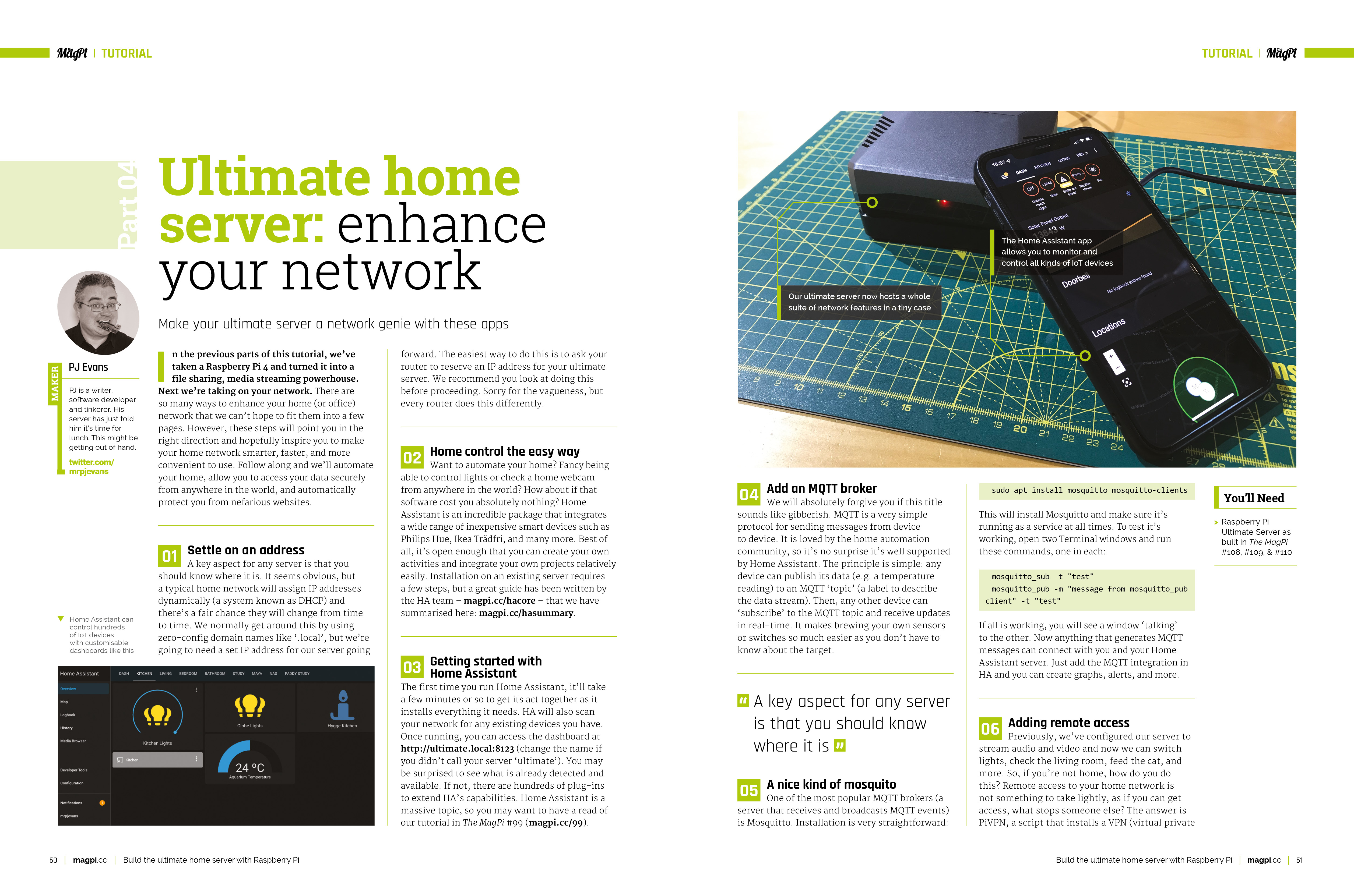 Find and control smart devices on your home network using a Raspberry Pi connected to your television. PJ Evans takes a media streaming home server and adds smart networking functionality. The result is an incredibly versatile tool that entertains and looks after your house at the same time. 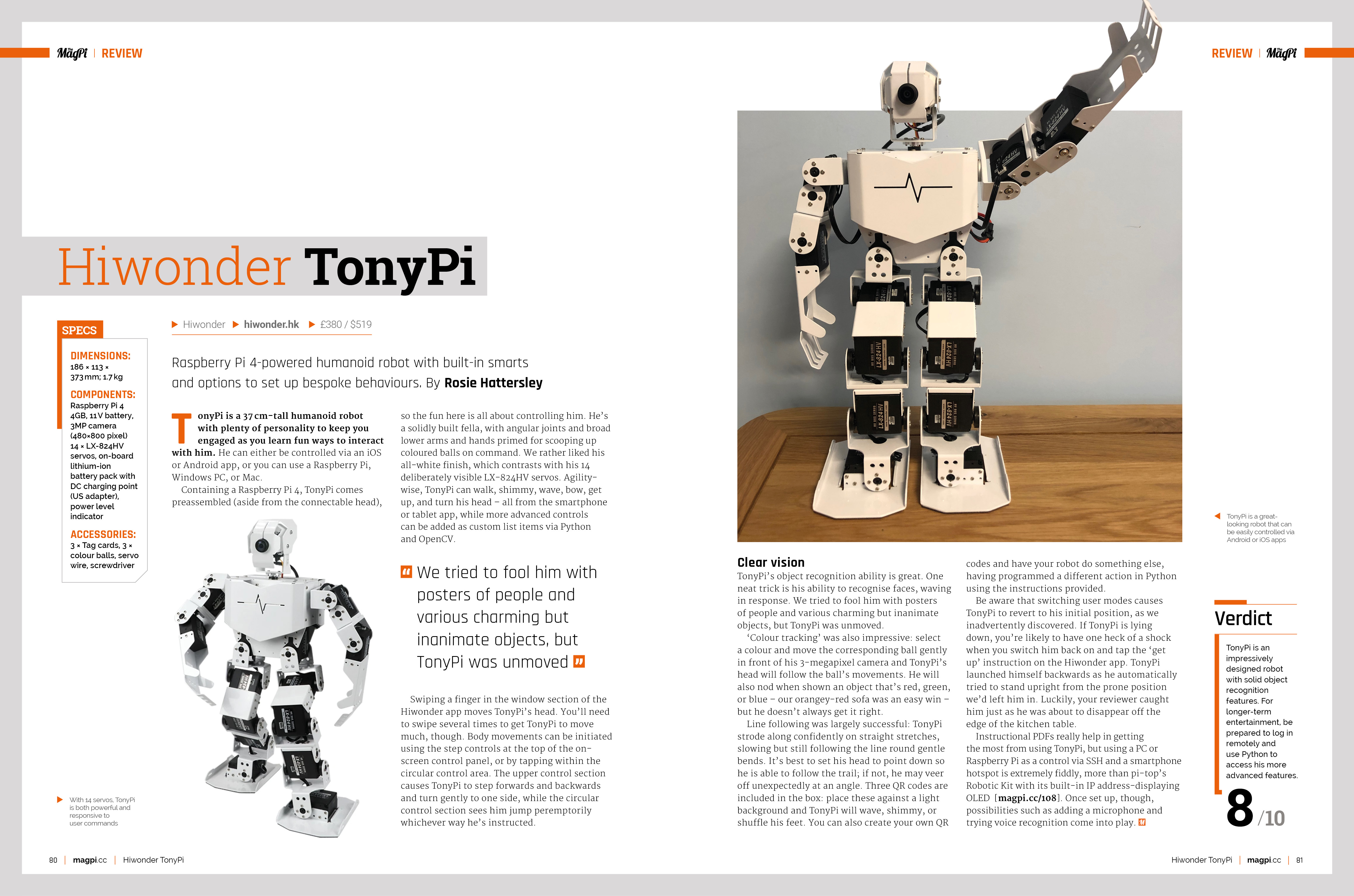 We love a good robot at The MagPi, and Hiwonder’s TonyPi is one of the most spectacular we’ve seen in a while. Discover this fully articulated walking robot with arms and a face-detecting camera.

The MagPi magazine is available as a free digital download, or you can purchase a print edition from the Raspberry Pi Press store. Subscribe to The MagPi in print for 12-months and get a free Raspberry Pi Zero 2 computer.