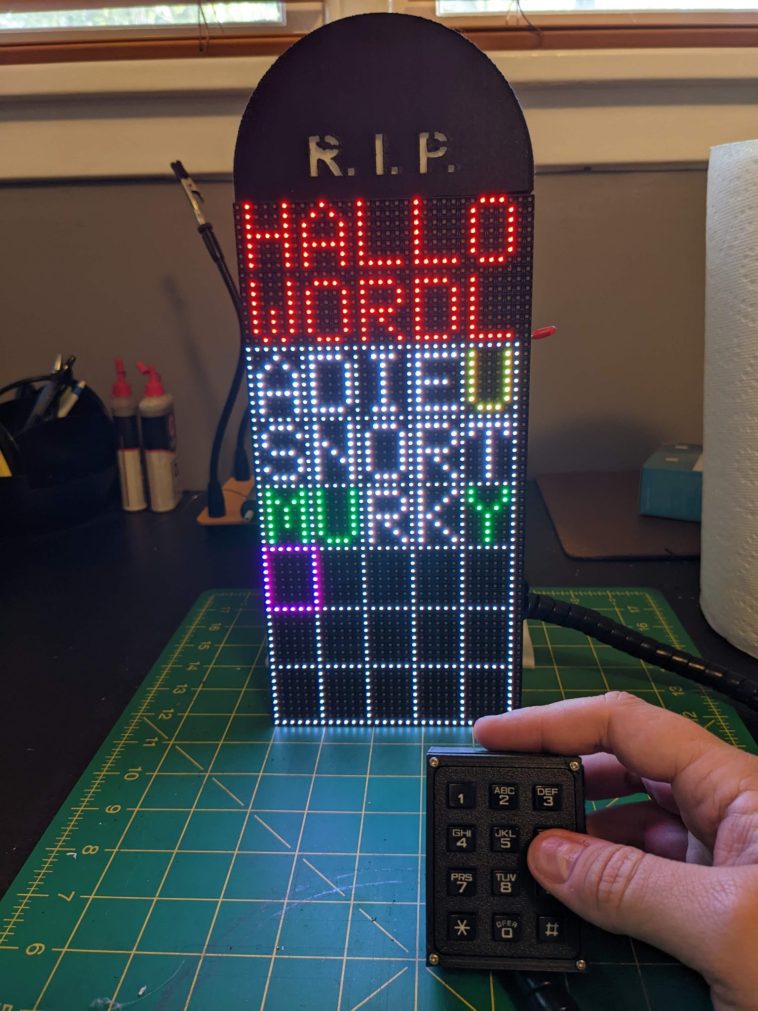 Youâre probably already familiar with the gameÂ Wordle â it was a hit in 2021 and then took the world by storm when The New York Times purchased it in 2022. The gameplay is simple to understand, but still challenging. Players have to identify a word through trial and error by making guesses to identify matching letters and letter positions. Chesâ Halloween costume called âHallo Wordlâ lets passersby play a physical version of the game.

Hallo Wordlâs gameplay is similar to standard Wordle, except that the words are all spooky. Those can include words like âghostâ or âfoggy.â There doesnât seem to be any dictionary checking, so players can enter a string of characters that isnât a real world. But that isnât a big deal when this mostly acts as an icebreaker for Halloween parties. Players can enter their guesses using a small 12-button keypad through T9-style typing (though there is no predictive text). That might stop gen-z from playing Hallo Wordl, but it provides a much more compact and affordable interface than a full keyboard.

The game board displays on two 32×32 RGB LED matrix panels from Adafruit. An Arduino Mega 2560 controls the matrices using Adafruitâs GFX, Matrix Panel, and BusIO libraries. To generate a seed for randomly selecting a word, the Arduino polls one of the analog pins that doesnât have anything connected and is therefore âfloating.â Power comes from a 2200mAh 3s LiPo battery pack, which is good for around four hours of use. The components fit inside of a tombstone-shaped, 3D-printed enclosure that Ches can wear on his chest.Â

Ches already tried Hallo Wordl at a pre-Halloween event and reports that it was a success.