We’re excited to kick off the fourth annual ID@Xbox Game Fest this week, where we celebrate the diverse range of games and experiences offered by independent developers on Xbox One.

From May 7-27, we’ll be unearthing some of the ID@Xbox program’s hidden gems for players to discover. Beginning this week until May 20, we will focus on Gaming for Everyone and feature diverse stories, voices, creators, and characters across 31 participating titles. We’ll wrap up the month (May 21-27) with an ID@Xbox Super Sale highlighting even more games that have released through the ID@Xbox program.

As a Game Fest tradition, we talked with the developers behind some of these games to learn more about what Gaming for Everyone means to them as well as how their own personal stories have impacted the experience and creative processes for their games.

1979 Revolution: Black Friday – “Diversity of experience is one facet of the Gaming for Everyone ethos, and an interactive drama set against the turbulent backdrop of Middle Eastern politics and civil unrest certainly isn’t your typical video game. 1979 Revolution: Black Friday not only demonstrates the medium as a unique platform for powerful story-telling, but also how it can be used as an engaging and entertaining means to inform and educate on a complex, real-world subject that, normally, would fall beyond the interests and/or awareness of many people.” – Matt Cundy, Digerati community manager

“Our goal was to breathe life into a piece of history that few understand intimately. By engaging with a diverse cast of characters and engaging with narrative choices, we were able to blend the forms of gaming and documentary to capture a digital recreation of Iran in 1979 for a whole new generation to discover.” – Navid Khonsari, creator of 1979 Revolution: Black Friday and iNK Stories co-founder 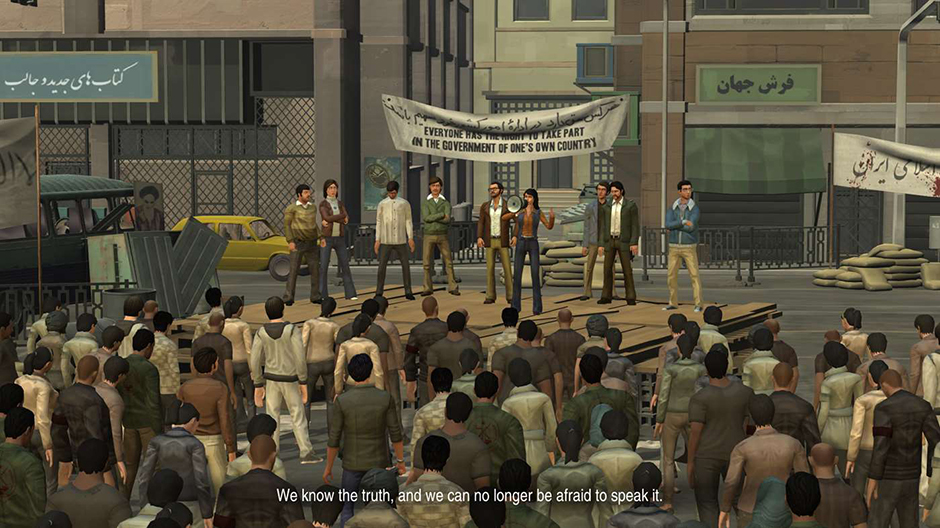 Dandara – “Even after many rewrites and inspirations, I think Dandara is always going to be a statement about Brazilian culture and history. It’s an outsider’s scream telling you that inspiration can be found by looking out of your own window, or even closer, on your own story. Better yet if it is able to touch you through those inspirations, with stories and people you have not stopped to think about.” – Luke Icenhower, marketing manager 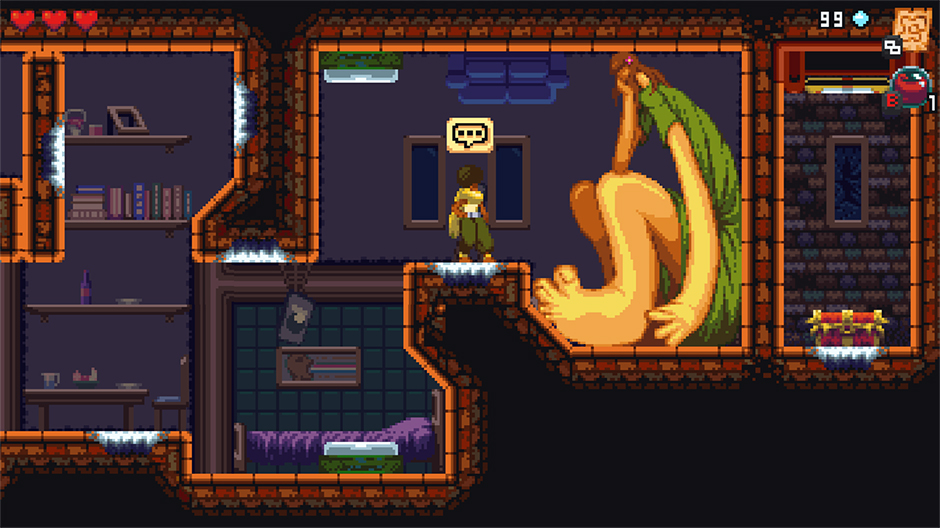 Firewatch – “Firewatch is single player, first-person mystery. We love games that transport you to a faraway, unusual place and tell you a gripping story, but we don’t so much love games that trap you in impossible combat scenarios or esoteric puzzles along the way. So, we made Firewatch a mystery for everybody – where the game design isn’t about how good you are with a gun but what it feels like to be alone in the woods with (almost) no one to trust.” – Sean Vanaman, writer/designer 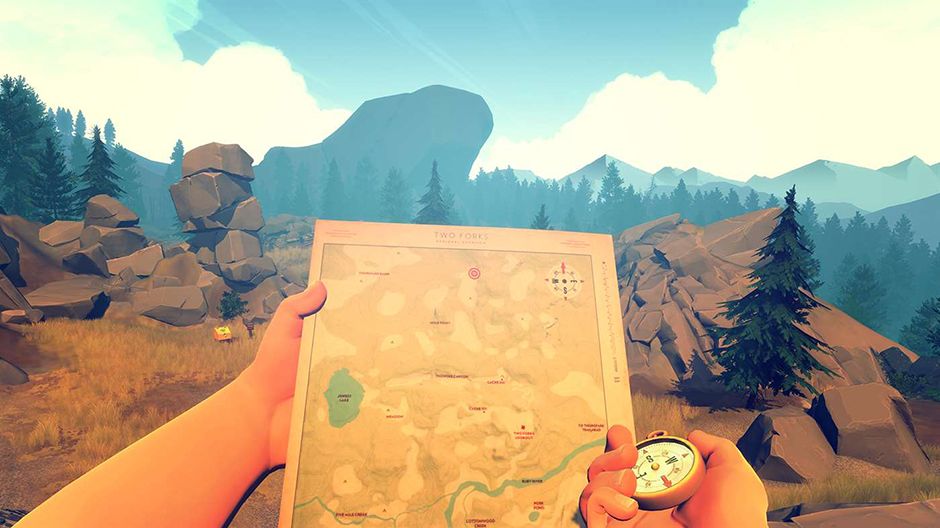 In Between – “In Between started out as part of my bachelor’s thesis back in university dealing with with the taboo topics of death and dying within a video game. In the end, our mission with In Between was to tell a story, that follows along a specific theme but that would still allow players their own interpretations and provide different possibilities for self-identification. We hope to try and give an insight into/make it easier for other people to relate to the thoughts and emotions of family members, friends or anyone else who finds him-/herself in these seemingly hopeless situations.” – Daniel, art director, co-founder 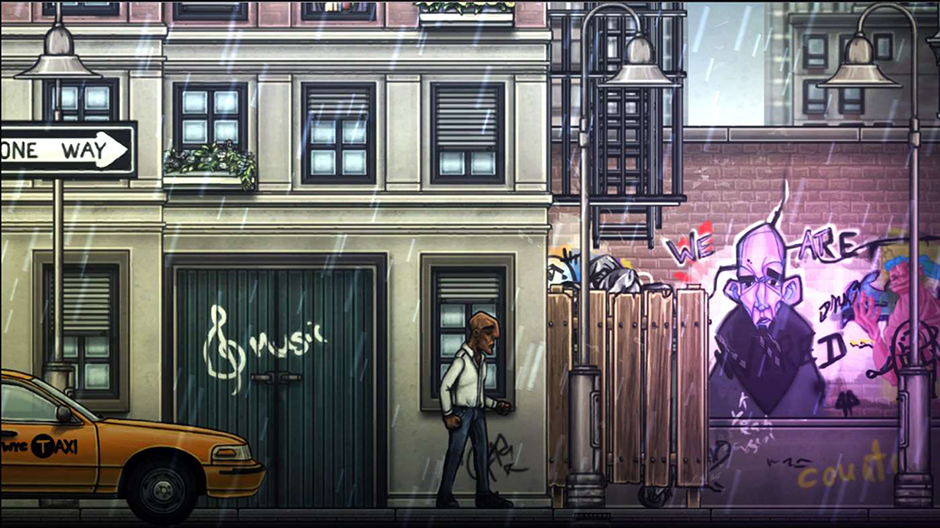 Night in the Woods – “Night in the Woods was an interesting project to write code and music for because, while we had an overall outline in mind, we left a lot of things open for ‘improvisation.’ I had to stay on my toes to make sure we could adapt the code to whatever new ideas might come up. It’s really cool that Night in the Woods has meant a lot to a bunch of folks, because it originated from this very odd and personal process.” – Alec Holowka, programmer, composer and game designer 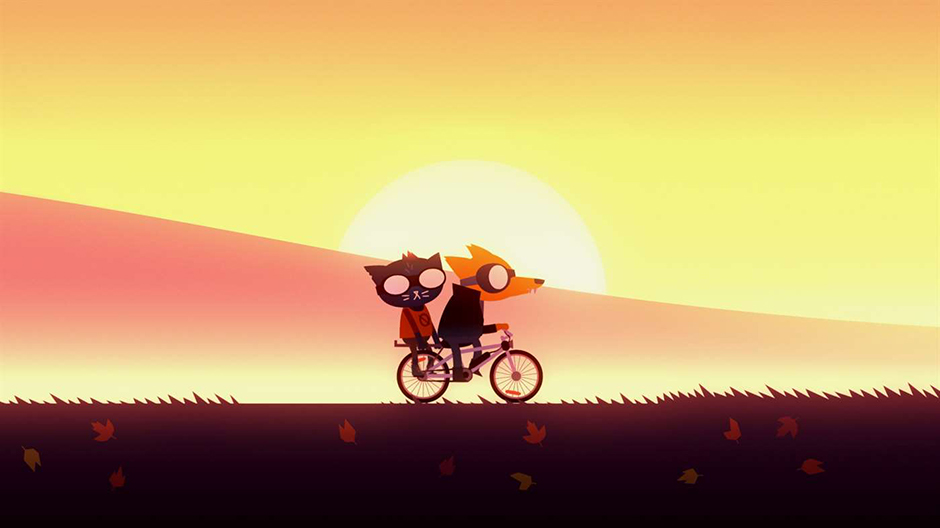 The Path of Motus – “I think the game deals with issues that most people face daily. I know many people that had big dreams as a kid, but as they get older society beats those ideas out of their head and they settle for less than what they want in life. I hope this game speaks to those people and shows them that it’s never too late to pursue your dreams in life. I know some people are stuck in their situation due to monetary problems, so I also released a free educational video series showing people how to program games on our website (pathofmotus.com) to help folks that are interested in game development. I hope The Path of Motus can have some type of positive impact on everyone that plays.” – Michael Hicks, designer 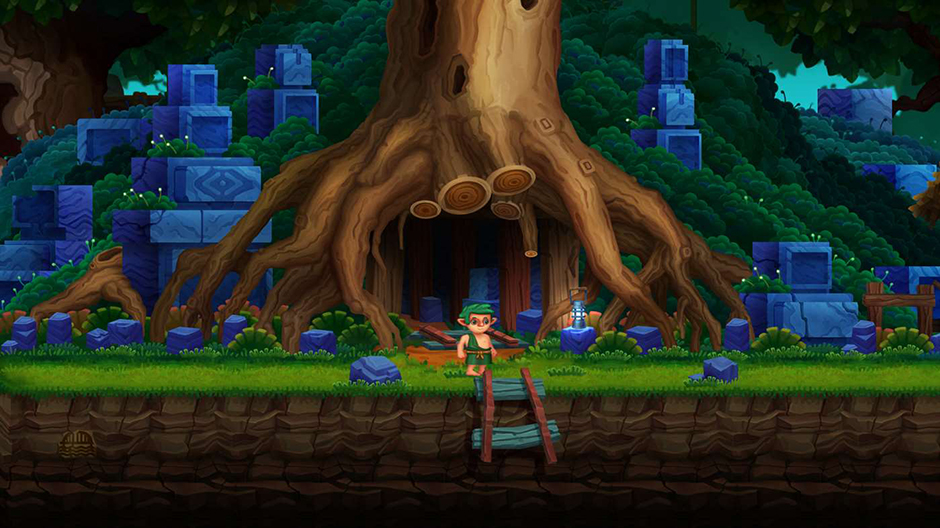 Where the Bees Make Honey – “I make games to express myself and to communicate with others. Through the power of interactivity, games offer experiences from different cultures and communities.” – Brian Wilson, developer 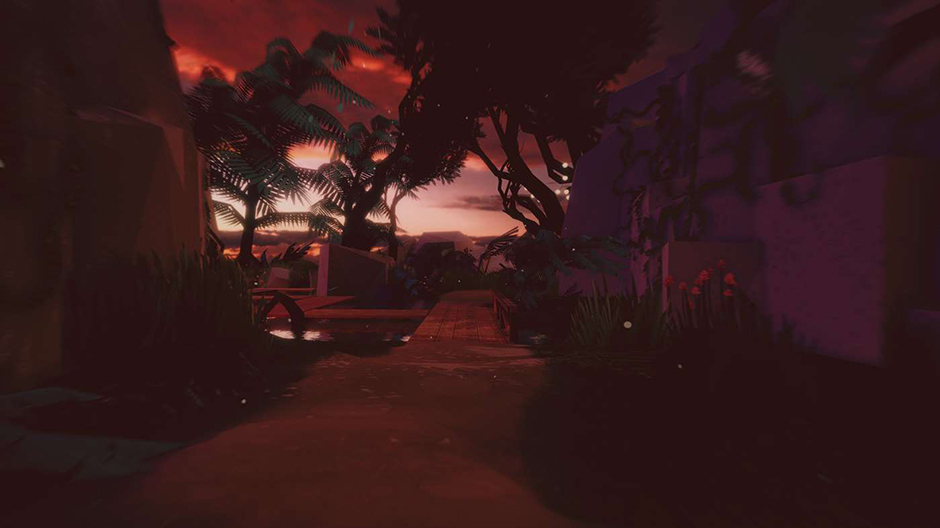 See below for the rest of the games on sale during Game Fest this week: 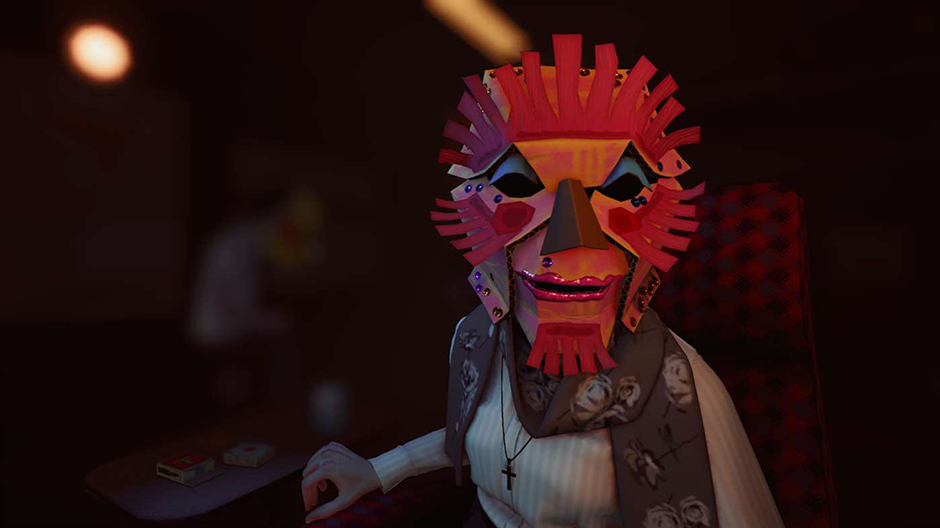 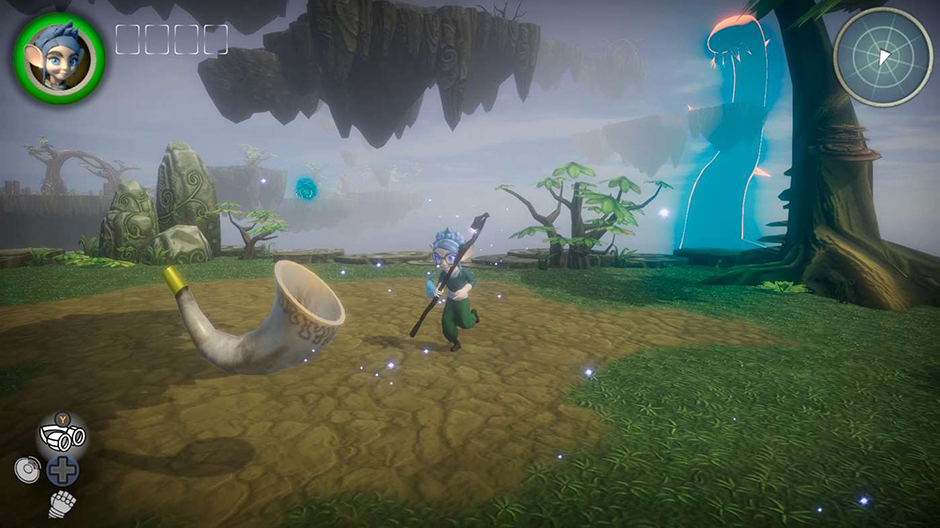 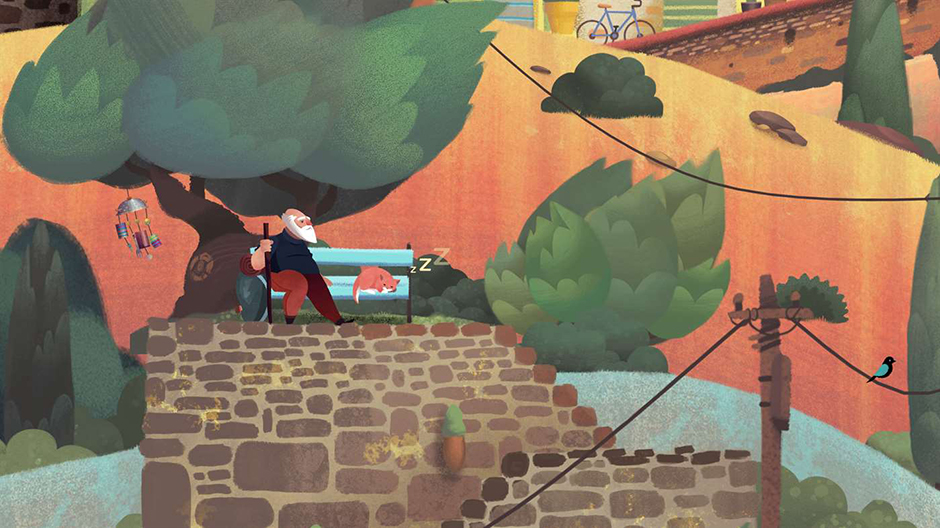 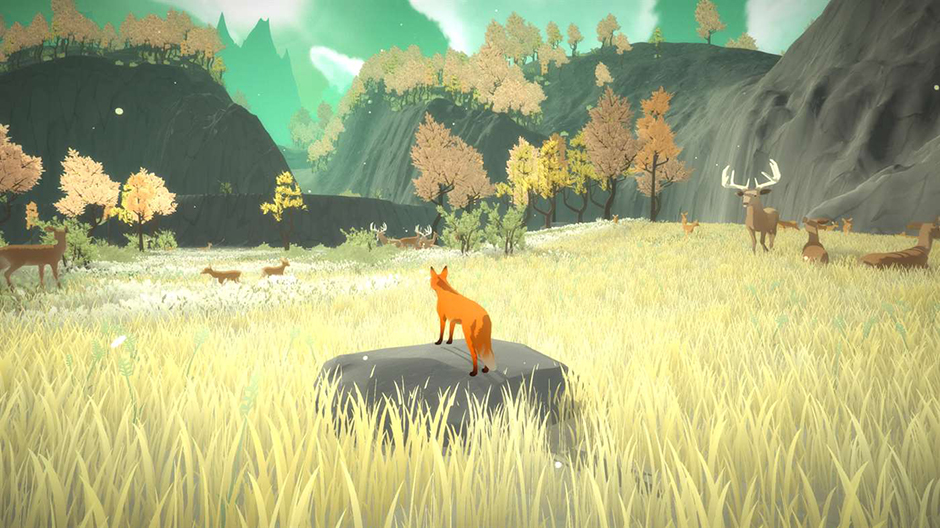 The Town of Light 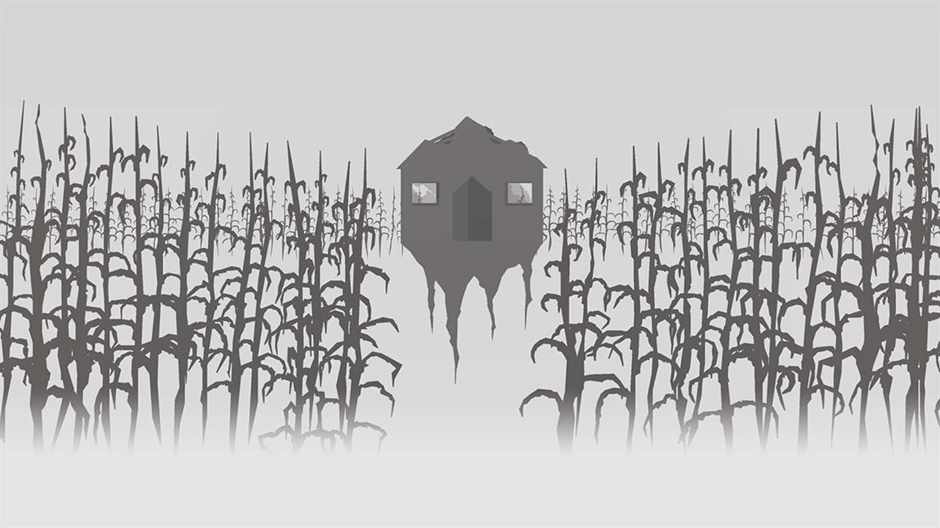 What Remains of Edith Finch

This is just a taste of all the great games included in ID@Xbox Game Fest. The Gaming for Everyone theme will run from May 2 through to May 20, so jump in and start discovering the games behind these exceptional stories.

To see all titles included in the first week of Game Fest visit Xbox.com.

Related:
Compete for the Best Prize in the Seven Kingdoms: A Custom Game of Thrones Console
Puyo Puyo Champions Lets You Drop Blobs on Your Friends or Against the World on Xbox One
This Week on Xbox: May 3, 2019