HTC VIVE® is Changing the Face of VR with its most versatile virtual reality (VR) product line-up ever. Today, HTC introduced the complete VIVE Cosmos Series —with three new products and three new modular faceplates that expand the functionality of VIVE Cosmos. Vive Cosmos is an adaptable premium PC-based VR system that can grow with customers over time by changing the front faceplate of the headset, all while delivering impressive visuals and comfort across the entire Vive Cosmos line-up. 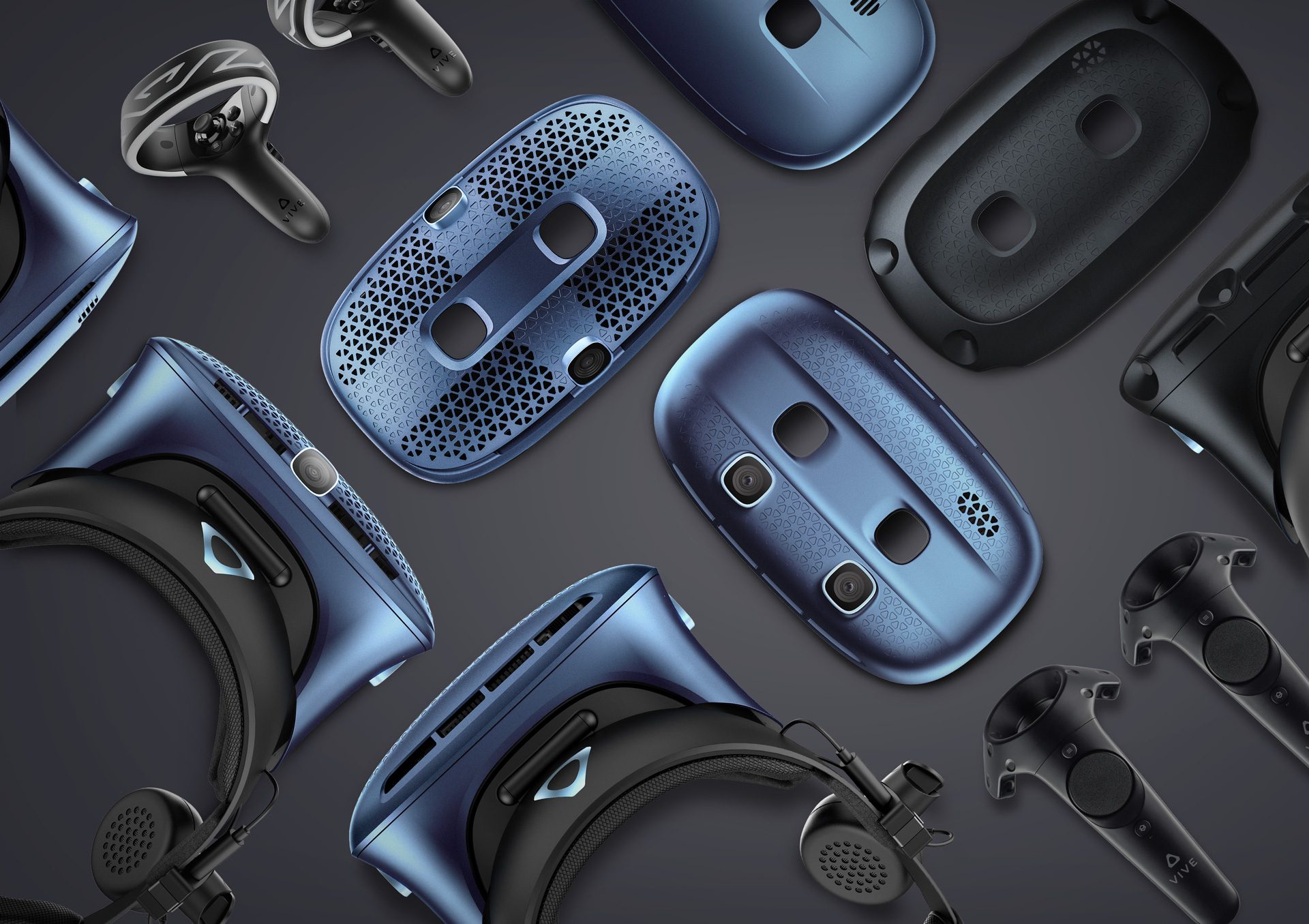 “Our customers want an incredible VR experience and we are proud to announce a new family of products tailor-made for VR use-cases of all types,” said Yves Maître, CEO, HTC. “Vive Cosmos is truly the most versatile headset yet. From consumers just discovering VR for the first time to the demanding business user, Vive Cosmos offers stellar quality, comfort, and the ability to evolve VR and XR journeys over time – from changing faceplates to adding options like wireless.”

All VIVE Cosmos headsets are designed with a range of features that offer industry-leading performance and build quality, no matter the headset version or where your Vive Cosmos journey begins.

Change your plates: With Vive Cosmos’ interchangeable faceplates, users can get more out of their VR headset over time. Future upgrades in functionality and performance are as easy as changing the front faceplate.

One flip from reality:  Featuring an innovative flip-up design, Vive Cosmos can transport users to and from their virtual world with ease. Vive Cosmos also delivers comfort and ergonomic features that make your VR experience more immersive and comfortable than ever before.

Vive Cosmos Elite pairs the performance of external tracking alongside the flexibility of inside-out technology to meet the needs of the most demanding VR entertainment enthusiasts.

By using Lighthouse base station technology, users will be able to experience the power and precision of SteamVR tracking. Vive Cosmos Elite also supports Vive’s ecosystem of peripherals including the Vive Tracker—delivering unprecedented input freedom for VR controls—and the Wireless Adapter for an untethered VR experience.

Vive Cosmos Elite includes a pre-installed External Tracking Faceplate, 2 SteamVR base stations, and two Vive controllers. The External Tracking Faceplate can be used with base station versions 1.0 or 2.0 as well as the original Vive or Vive Pro controllers and is easily swapped with the original inside-out tracking faceplate that ships with Vive Cosmos.

Vive Cosmos Elite is built for precision gaming titles such as Pistol Whip, Superhot, and Audica as well as multiplayer VR titles like Battlewake.

The Vive Cosmos Elite bundle will retail for $899 USD and be available later in Q1. The External Tracking Faceplate will also launch globally as a stand-alone accessory in Q2 for $199 as an upgrade for either Vive Cosmos or Vive Cosmos Play. 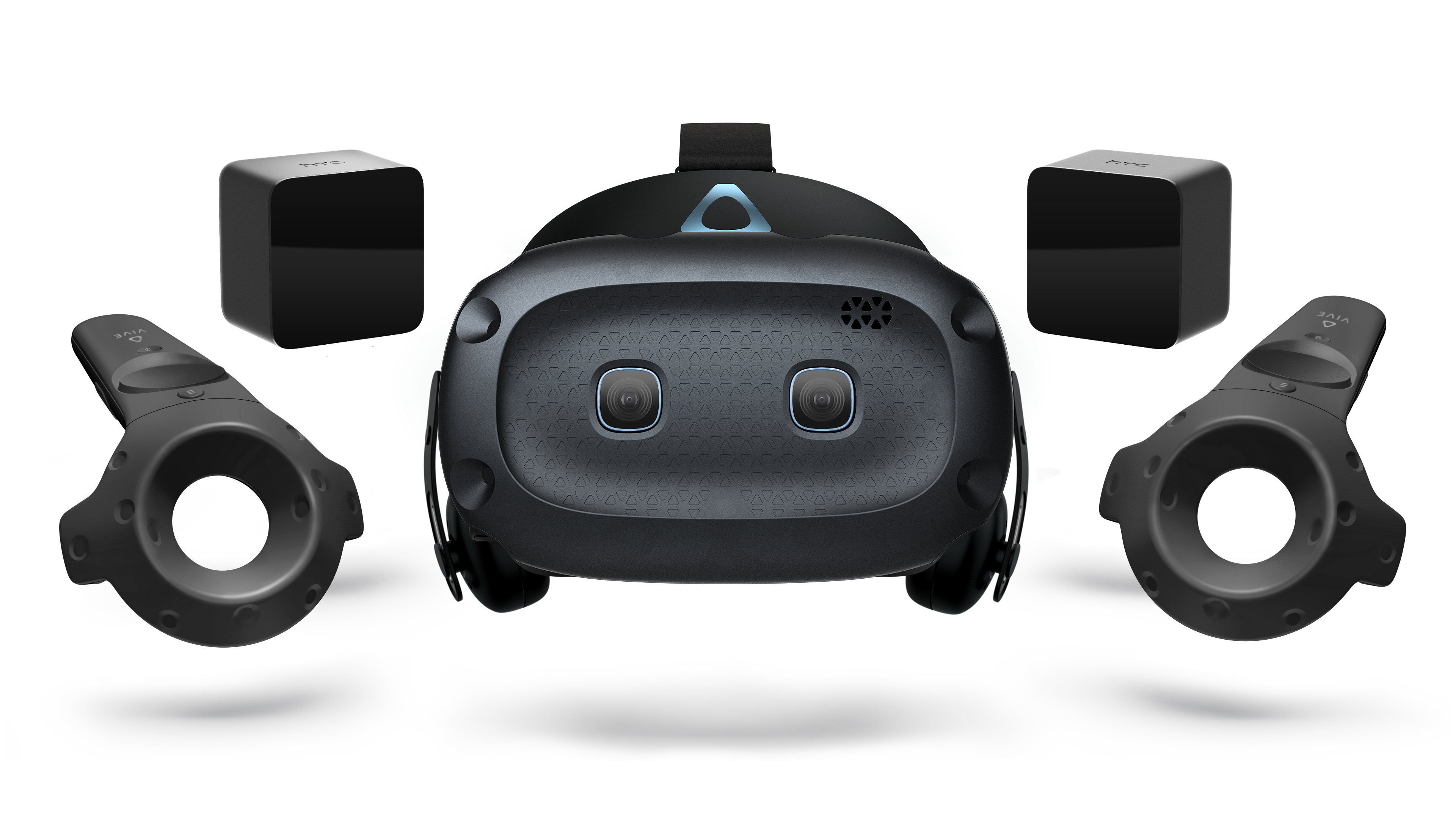 VIVE Cosmos XR is an upcoming stand-alone edition and faceplate for the modular Vive Cosmos that brings high-quality XR passthrough cameras to Vive Cosmos for the first time. Debuting as a developer kit in Q2, Vive Cosmos XR allows a near-complete passthrough field of view that utilizes the majority of the VR display (up to 100 degrees FOV) to integrate real-world and virtual content.

For example, Vive Sync, the company’s collaboration tool will integrate Vive Cosmos XR functionality so that virtual objects can be brought into real-world environments, bolstering collaboration options for VR-based meetings.

Featuring high-quality passthrough cameras, Vive Cosmos XR combines a crisp view for overlays of the real world, blended seamlessly into the virtual one. Additional information on Vive Cosmos XR will be unveiled at the upcoming GDC conference. 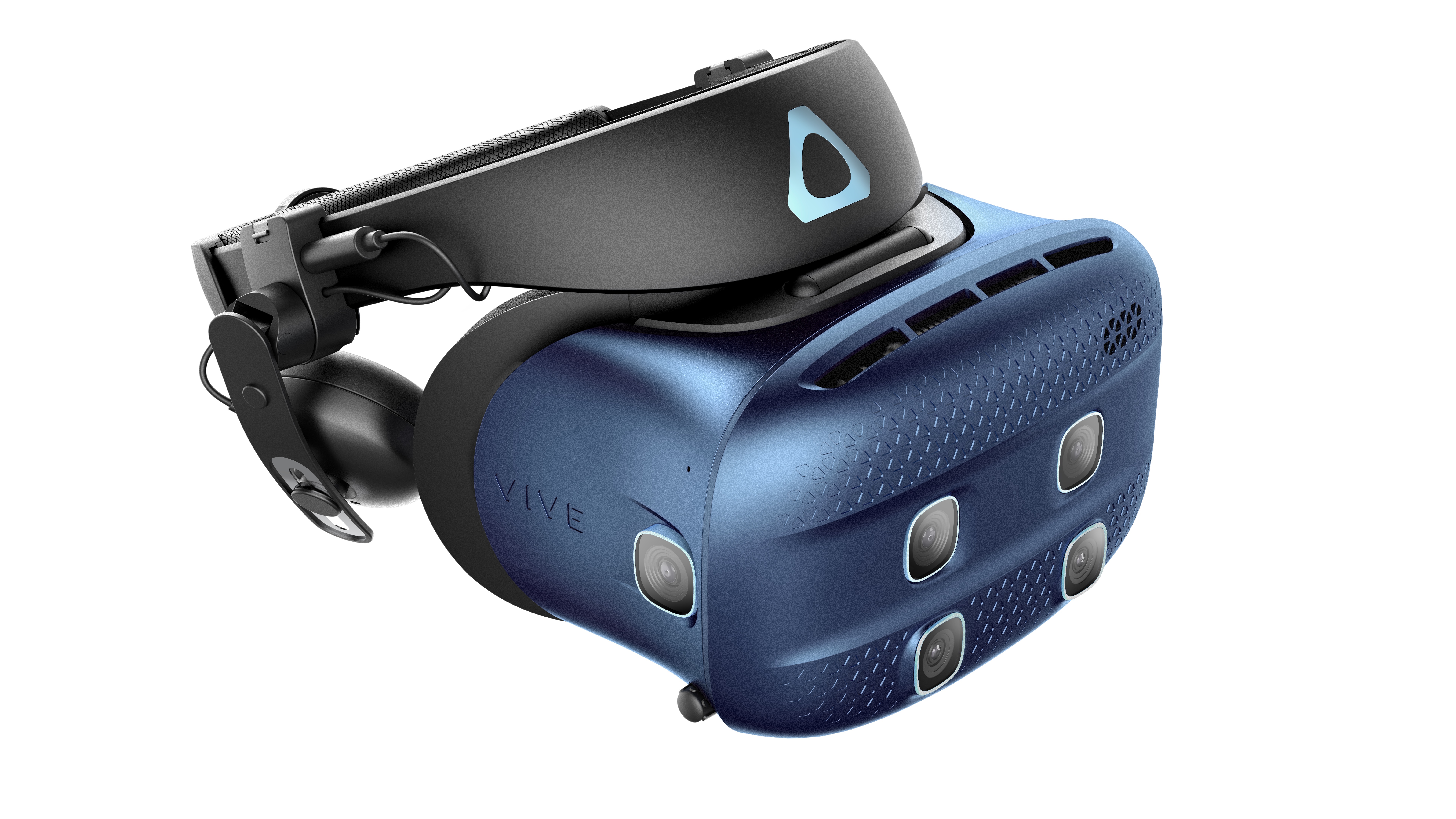 Vive Cosmos Play opens the door for new-to-VR users, making it easier than ever before to step into premium VR. Vive Cosmos Play uses 4-camera inside-out tracking to start customers on their VR journey and has the ability to grow over time to meet their needs.

Vive Cosmos Play is ideal for entry-level VR adventures and applications such as Viveport Video, Angry Birds VR: Isle of Pigs, The Curious Tale of the Stolen Pets, and A Fisherman’s Tale.

Play owners can easily upgrade their Vive Cosmos with Vive’s host of VR accessories such as Vive Cosmos’ full range of faceplates. Additional details on Vive Cosmos Play will release in the coming months.

For customers that want additional tracking height when using inside-out tracking, Vive Cosmos’ six-cameras offer additional vertical and waist tracking by using two additional cameras. Vive Cosmos features all the same great ergonomic, visual, and modular functionality as well as compatibility with the Wireless Adapter. The product is available today for $699 and the six-camera faceplate will be available as a stand-alone accessory in Q2 for $199.

Vive Cosmos Elite will be available for pre-order online on www.vive.com on February 24th. Additional pre-order dates, pricing and availability for the Cosmos Series will be announced in the coming months. For more information, please visit: www.vive.com/product.