We’re happy to announce that Rocket Arena, our unique 3-on-3 first-person shooter, that invites you to choose a unique competitor and rep your region in a variety of modes, is coming to Xbox One later this year — we can’t wait for you to play it.

I remember the first time I played Rocket Arena about three years ago. I was one of six employees asked to playtest a game that Nexon had just signed on to publish for Final Strike Games. The game was very early in development, but the fun was immediate and infectious. By the time we were two rounds in, we were having a great time, yelling at each other to stop the other team from scoring, and taunting one another for getting blasted out of the arena. The gameplay was classic but the experience was unlike anything I had experienced before. The developers has taken familiar concepts from shooters and sports and blended them into a cohesive, engaging gameplay experience. It was obvious that the game had a ton of potential. 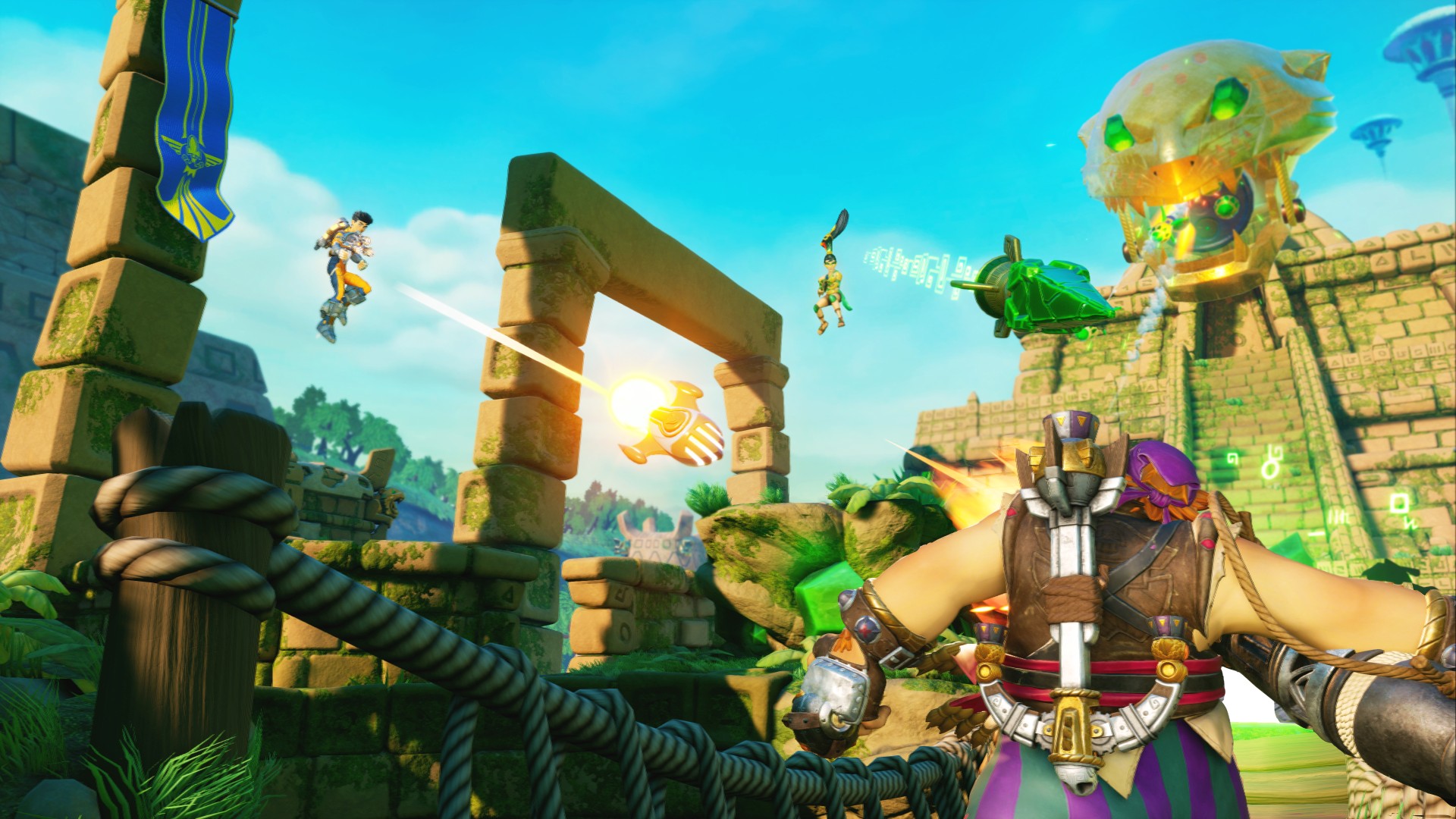 I quickly found myself leading the project and drawing on Nexon’s expansive knowledge in free-to-play titles to help Final Strike Games bring Rocket Arena to life. Final Strike Games CEO Kevin Franklin and CTO Doug Barnes, never strayed from their vision once. The game was meant to be a departure from the traditional design of today’s shooters, juxtaposing fun, fast-paced, rocket-only combat with a bright world full of characters who don’t take themselves too seriously.

Each competitor in Rocket Arena has a primary weapon that launches rockets unique to them. These rockets have a travel time, range, and trajectory, requiring players to lead their shots and anticipate their opponent’s moves. Characters also have one secondary attack and one special ability that can provide utility, leave opponents susceptible to physics, or keep themselves from getting knocked out of the arena. 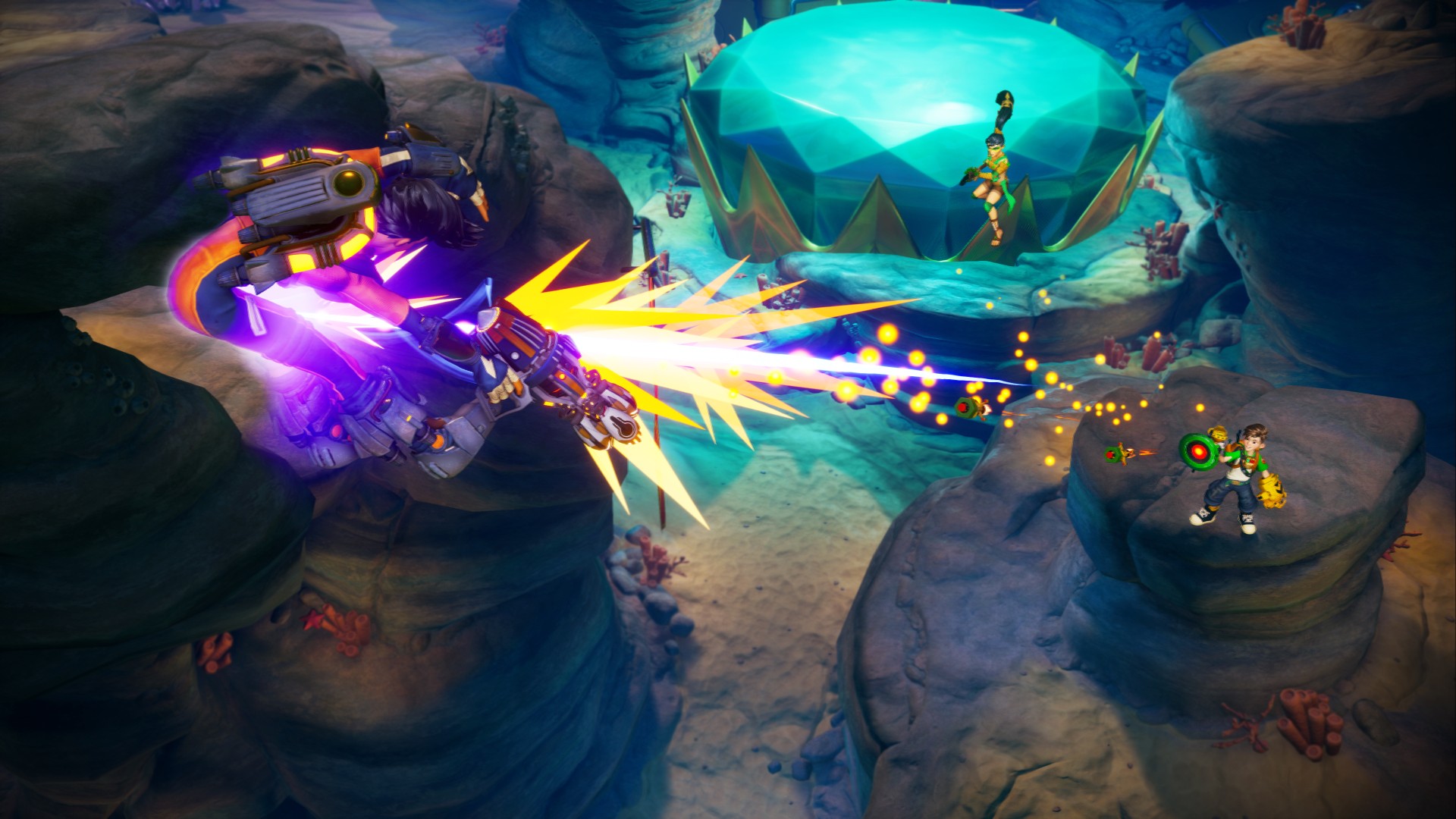 One feature that sets Rocket Arena apart is the knockout system, a respawn mechanic that ensures players get back to the action quickly. Instead of a health bar, competitors have a blast meter. Each hit from a rocket fills the bar until the player is no longer beholden to the laws of gravity and the final strike sends them careening out of the arena. Within seconds, they recover and fly straight back into the fray and rejoin the excitement!

Rocket Arena takes place in the world of Crater, a collection of distinctive realms filled with people who love nothing more than a cultural phenomenon called the Rocket Championship Tour. Each realm selects a champion to represent them in the competition. Some of the most famous examples are Izell the Fearless from the Gemstone Jungle, Plink from The Desolation, and Jayto Keen from the magnificent megalopolis of Boom City. Each region has a map associated with it, hosting one of the three game player versus player modes that currently appear in Rocket Arena. In Knockout, teams compete to remove each other’s badges – it’s a deathmatch without the – well, the death. Players who have lost all their badges stay in the action protecting teammates or removing badges from opponents. Rocketball is Crater’s take on capture the flag. Teams fight over a Rocketball and try to throw or carry it into the opposing team’s goal. Mega Rocket is a classic point control map, but with just a little more mayhem. A giant rocket lands in the arena and players fight to control the landing zone. Capture five landing zones to win! 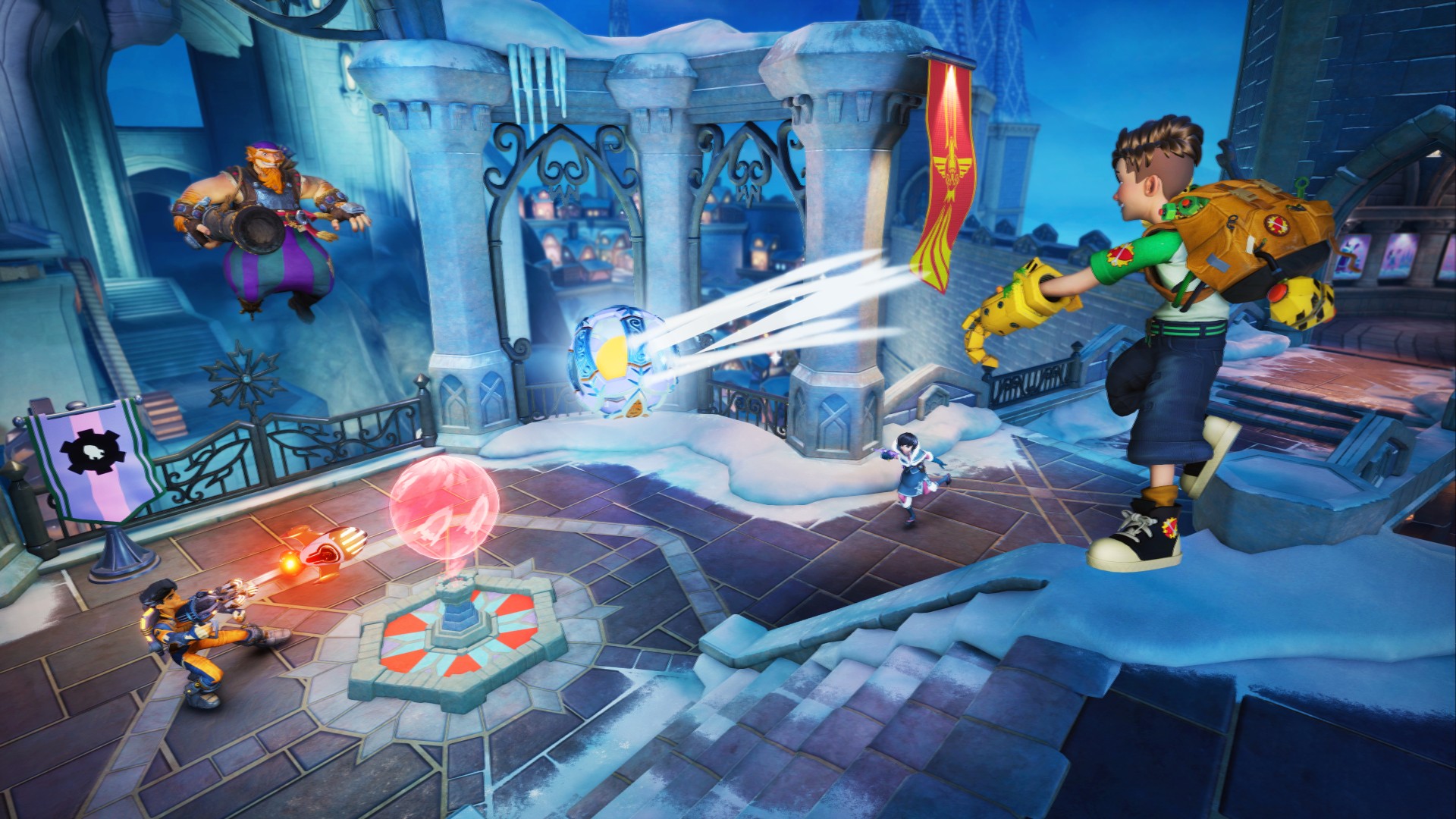 Matches are meant to be short and sweet, typically lasting five minutes on average. The gameplay is simple enough for players of all skill levels to pick up, but the finer points and mechanics require time and practice to master! Rocket jumping for one. Shooting Amphora after she comes out of her special 60 feet in the air. You know, stuff like that!

Our Xbox One beta will be blasting off in the near future, so keep an eye out, and we’ll see you on the Rocket Tour! Please visit our website for more info at http://rocketarena.nexon.net​.

We’ll catch you in the Rocket Arena!

Related:
Join the Fishing Sim World: Pro Tour in July on Xbox One
Hidden Horror: The Essence of Layers of Fear 2, Coming Soon to Xbox One
Samurai Shodown Returns This Summer on Xbox One