The magic of the Fairy Tail universe comes alive with everything from wizards to dragons to magical cats. To capture this fascinating world, a world that has lived on through best-selling anime and manga for over a decade, we decided to drop gamers into the middle of Fairy Tail’s storyline, starting their RPG experience in an epic battle against a fierce old foe to introduce the fiery spells and beloved characters to the PlayStation audience. 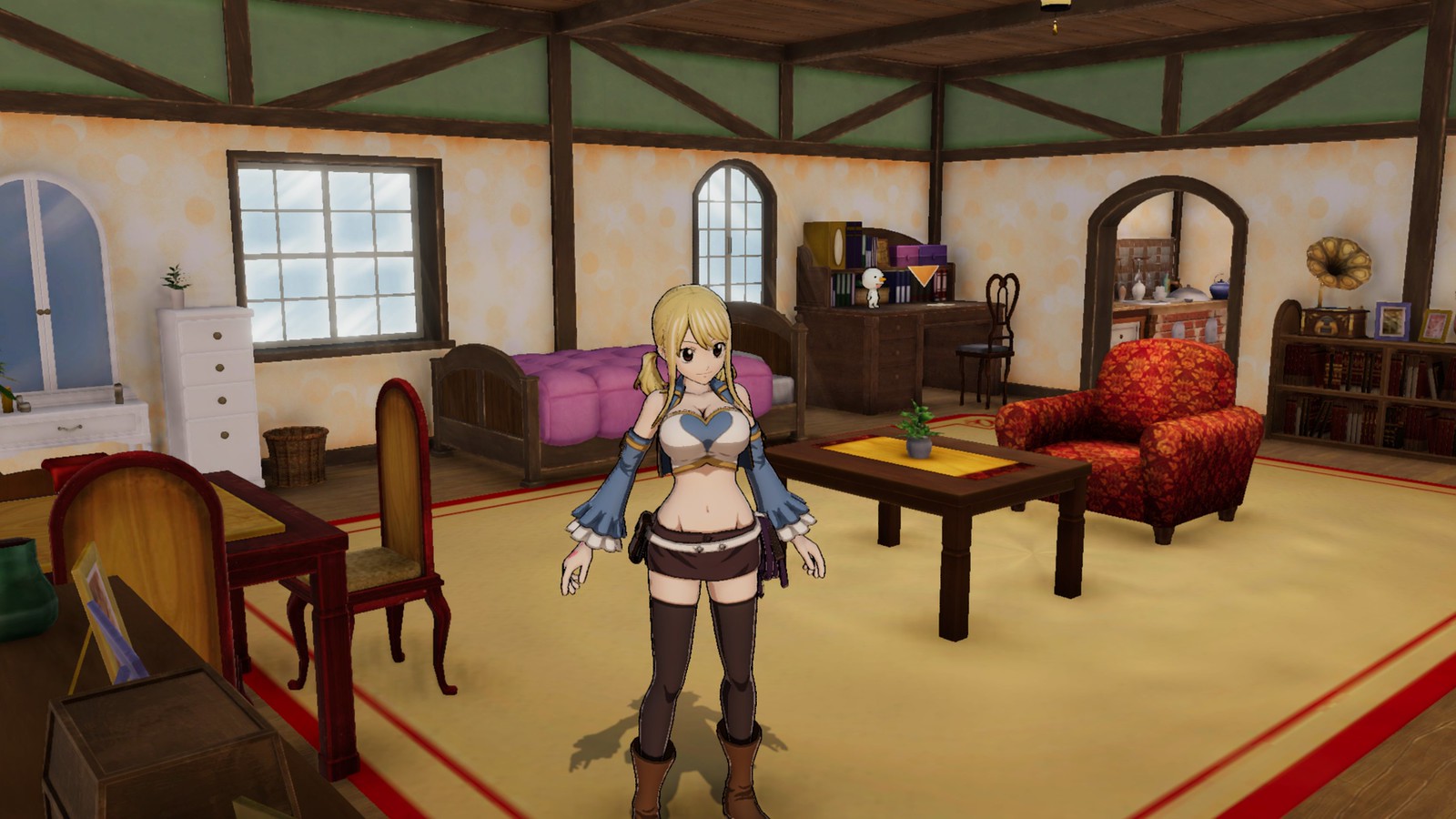 The story picks up at the conclusion of the popular Tenrou Island arc. Tenrou Island is known as holy ground to the Fairy Tail guild, a collection of mages who fight for glory and honor, and have now gathered together for a promotion ceremony to see who will become the next S-Class Mage. But after a frightening premonition comes true and the guild is ambushed by the evil Hades, the heroes jump into battle, launching an adventure that will take them from Tenrou Island to the Tartaros arc and beyond as they attempt to restore the Fairy Tail Guild to their rightful place of prominence. 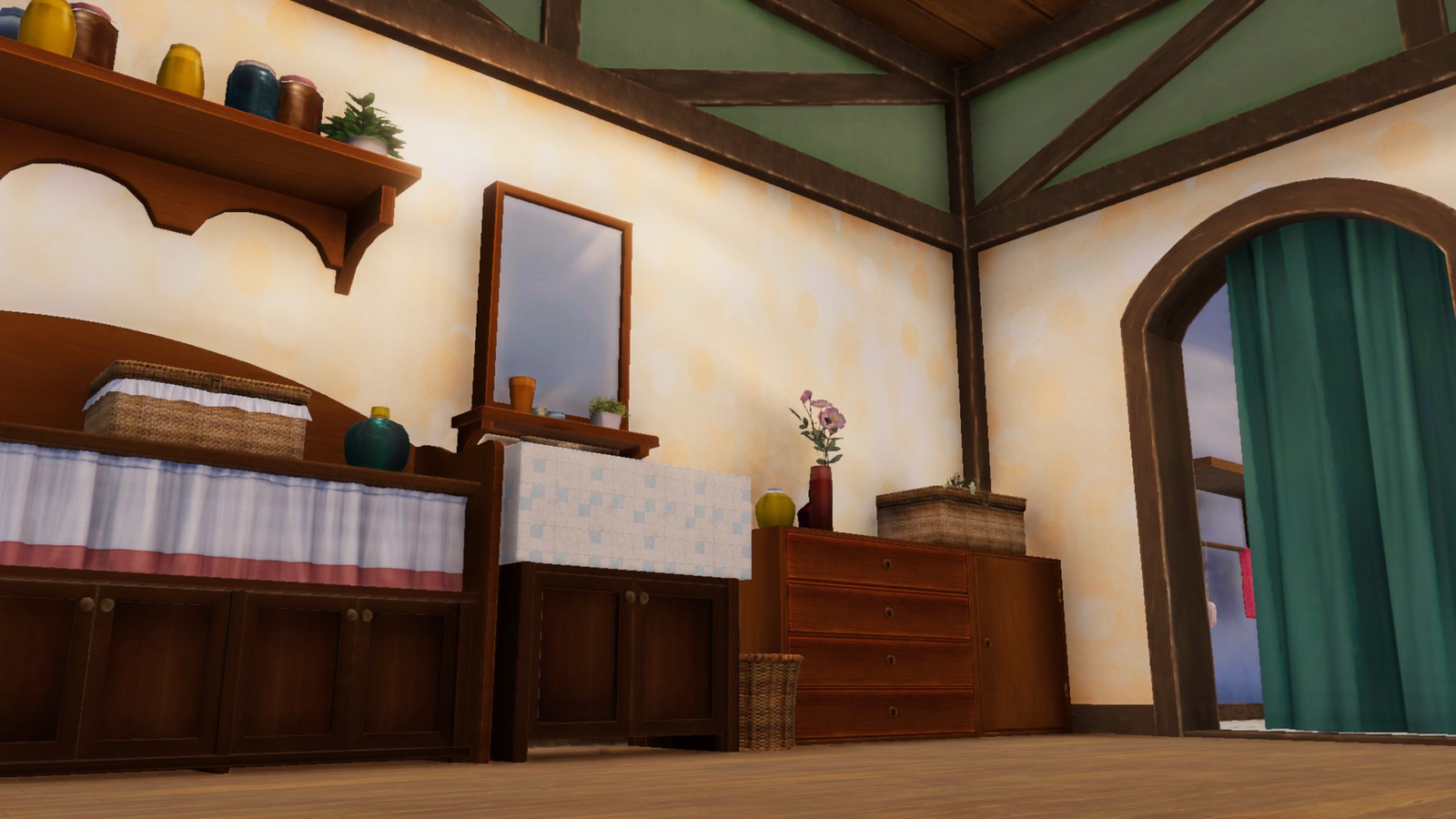 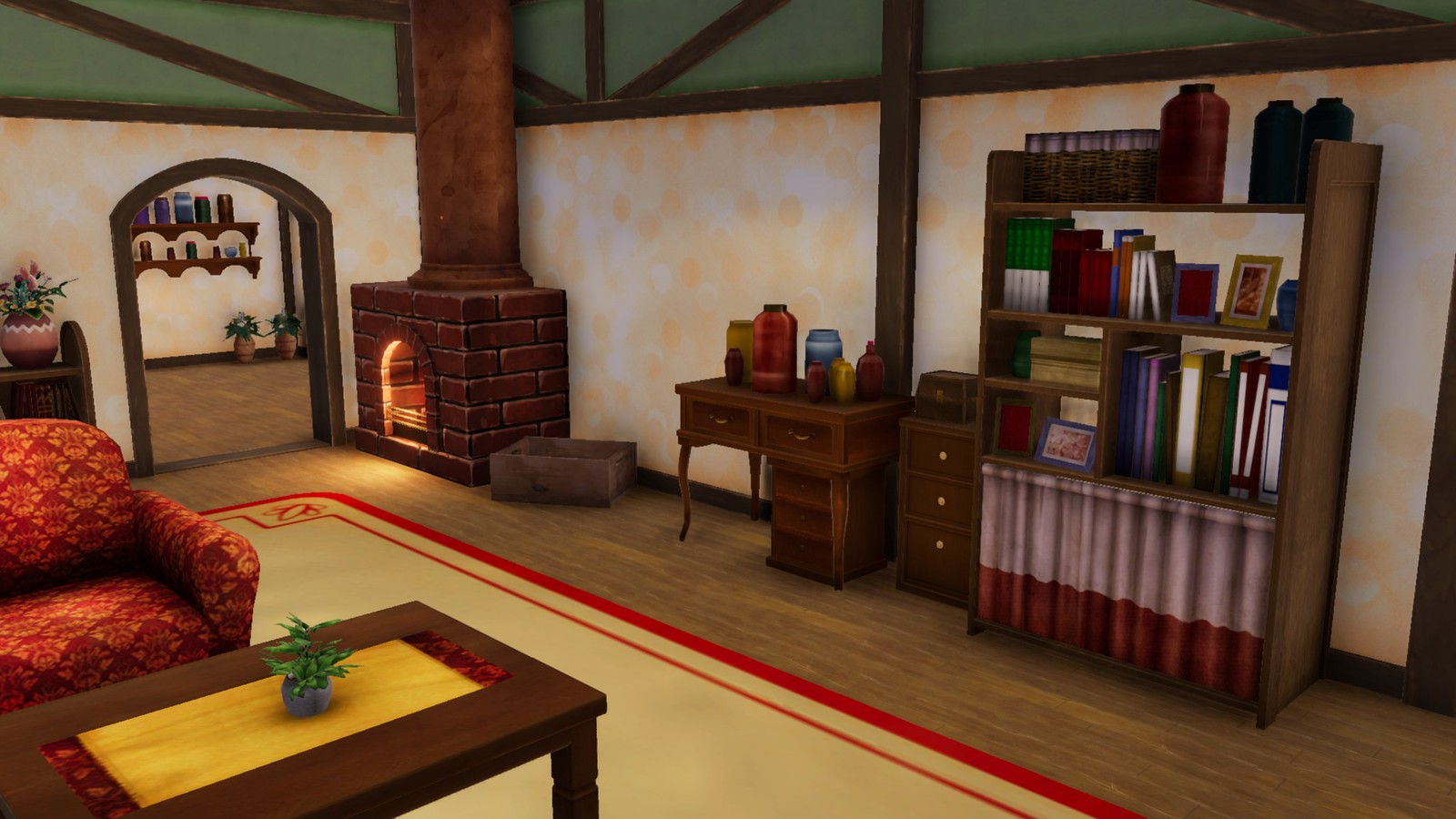 And if gamers aren’t familiar with the beginning of Fairy Tail’s story or fans of the anime/manga need a quick refresher, don’t worry, we’ve got you covered. As you walk through our beautifully animated 3D town of Magnolia, simply head down toward the river until you find the original Fairy Tail guild building (not the rundown guild hall your current crew works out of). As you make your way down the stairs, you’ll discover a special place that will bring a smile to the face of Fairy Tail fans — a section of the building known as Lucy’s House.

To me, this is one of the coolest spots in the game as you can read character backgrounds and even catch up on the original Fairy Tail storylines (takes you from the beginning of the anime all the way up to where you’re now playing in our game!). You’ll also be able to view the various in-game cutscenes, listen to the game’s soundtrack, and even make quick costume changes. Add to that the ability to get rewards for all the hidden candy the adorable Nikora collects on battlefields, and this is one room in the game you won’t want to miss. 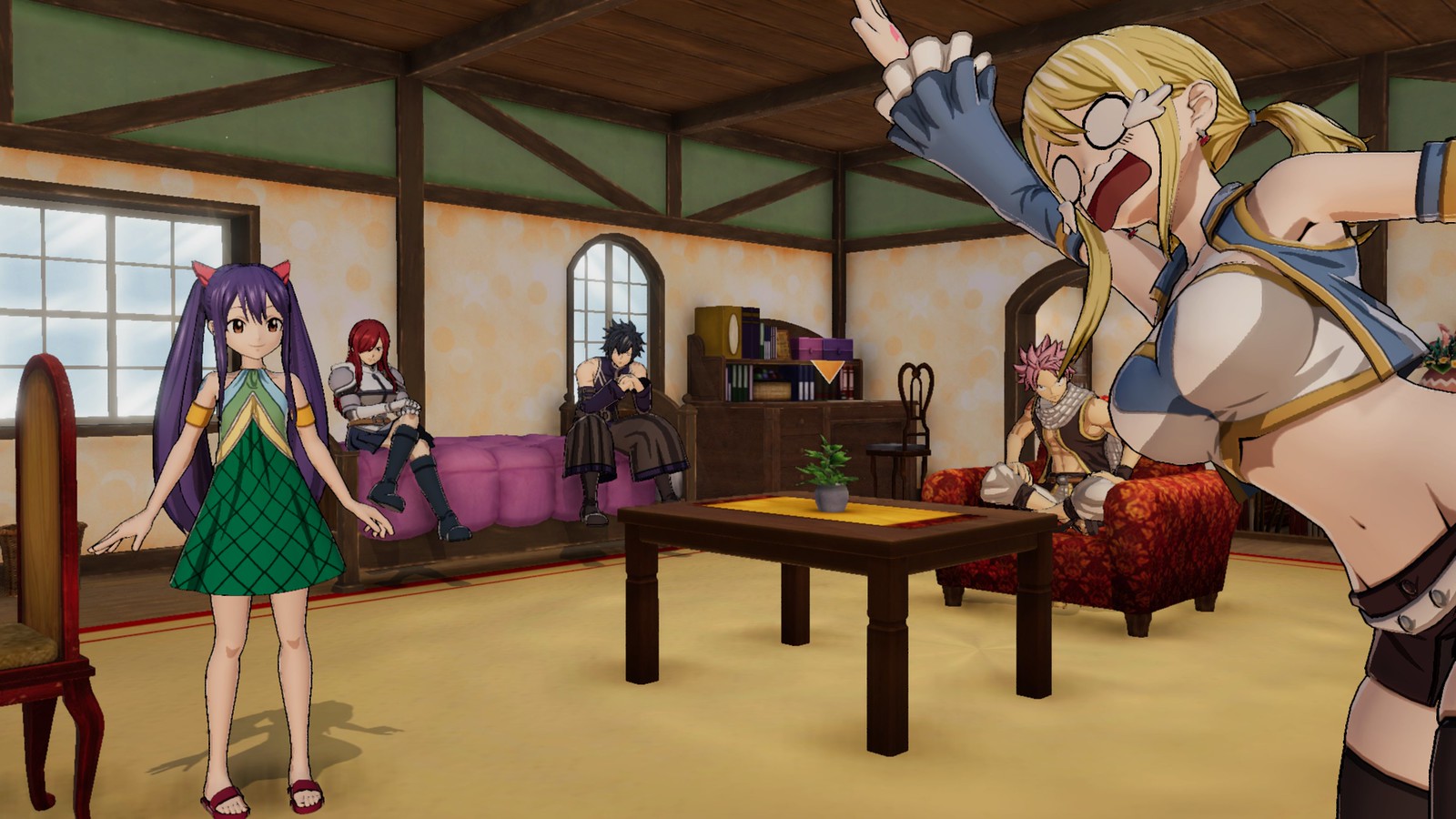 But Lucy’s House isn’t the only feature die-hard fans of the series will want to check out as we’re also introducing a collection of all-new unison raids specially designed for the game by Fairy Tail creator and mastermind, Hiro Mashima. These powerful magic attacks chain together some of the most spectacular spells the guild has to offer. Check out this exclusive video to see some of the amazing action play out across Fiore, then get ready to cast your own spells when the game launches July 30 in Europe and July 31 in the US.