Hands On: All Aboard For Man of Medan’s Multiplayer Modes | Blogdot.tv

Supermassive Games just gets horror. When Until Dawn screamed onto PS4 back in 2015, it brought with it a savvy understanding of horror tropes matched with hyper-realistic graphics and real consequences that made the fear come alive. The threat of death looming over each character and the drive to solve its lingering mysteries kept me coming back to the game, often alongside friends who would watch and help me find new paths (and untimely ends) for the cast through multiple playthroughs.

When I played a short demo for Man of Medan back at E3, I could tell that the first game in Supermassive’s Dark Pictures horror anthology was off to a solid start. The characters felt human, and the consequences of my interactions felt meaningful. Stepping onto the historic U.S.S. Hornet in Alameda earlier this week for a longer preview of the game, Supermassive gave a broader peek at its narrative structure…and a first look at its game-changing multiplayer modes. 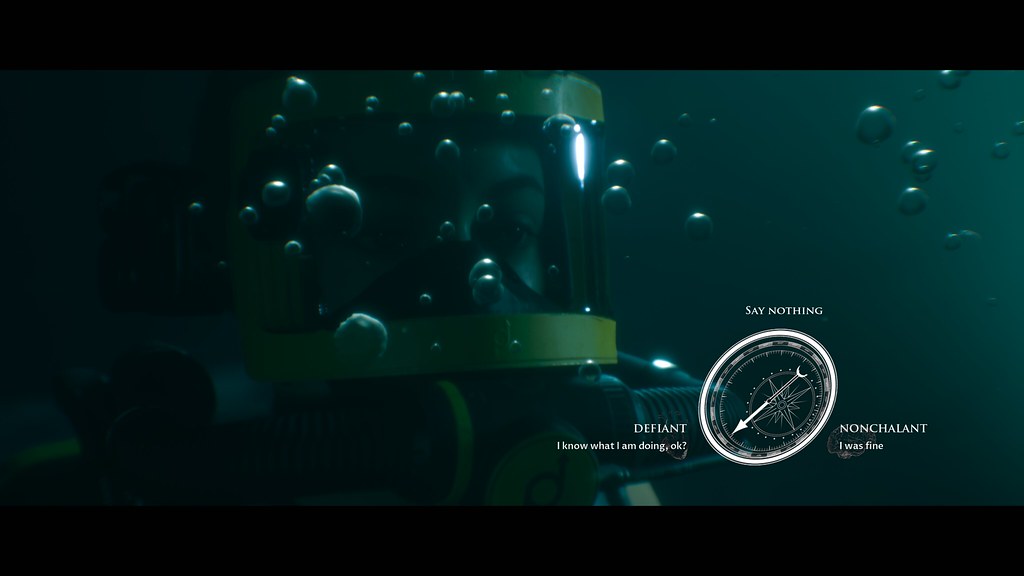 Shared Story mode is a two-player online mode that puts each player in control of different characters, at times presenting them with totally separate sequences. Man of Medan follows a group of 20-somethings who embark on a wreck-diving adventure hoping to discover some treasure, but instead stumbling upon something much darker. The game indicates when control is shifting to a new character, and it similarly relays who your partner is controlling in the upper right hand corner. “Your friend is deciding” flashes ominously during time-critical moments left in their hands.

Characters can appear in scenes together, physically exploring a shared environment or even having a conversation, or they can be split up. In one sequence I played as the reckless Julia, diving below our ship to explore an undiscovered WWII plane wreck. While I grappled with choices underwater (do I take my scuba gear off to possibly reach a clue? Do I pull a bullet out of the hull as a souvenir or respectfully leave things untouched?), my partner controlled the reluctant captain of the ship Fliss, engaging in a totally unrelated interaction. Each of us had conversations and made choices that would affect the relationships for all the characters in the story, and we did this without being able to consult one another. 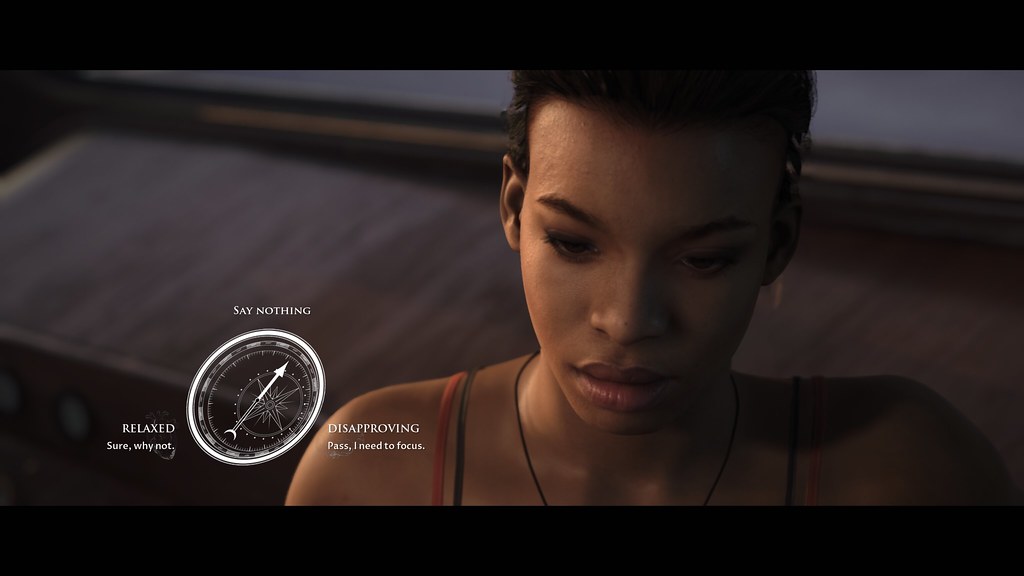 This is the collaborative crux of Shared Story mode. While my partner and I both had an idea of who each of these characters are, and what choices we’d like them to make, the mode creates scenarios where our individual choices created unexpected waves for one another. Sometimes it ended well; our separate conversation choices led to one character getting seasick, which in turn led to him being hidden when the boat was eventually overtaken by intruders. Other times, our best intentions served only to get in each other’s way. While exploring the ship, I rummaged through someone’s luggage, leaving out a bottle of cologne. When the intruders boarded later in the demo, I thought I had made a savvy choice — having the bottle exposed made it easier to grab and smash against one of the bad guys’ heads. But when I consulted my partner after the dust had settled, she told me since her character was above deck during that scene, smashing the bottle actually interrupted her character’s attempt at escaping, leaving us wondering what could have been. 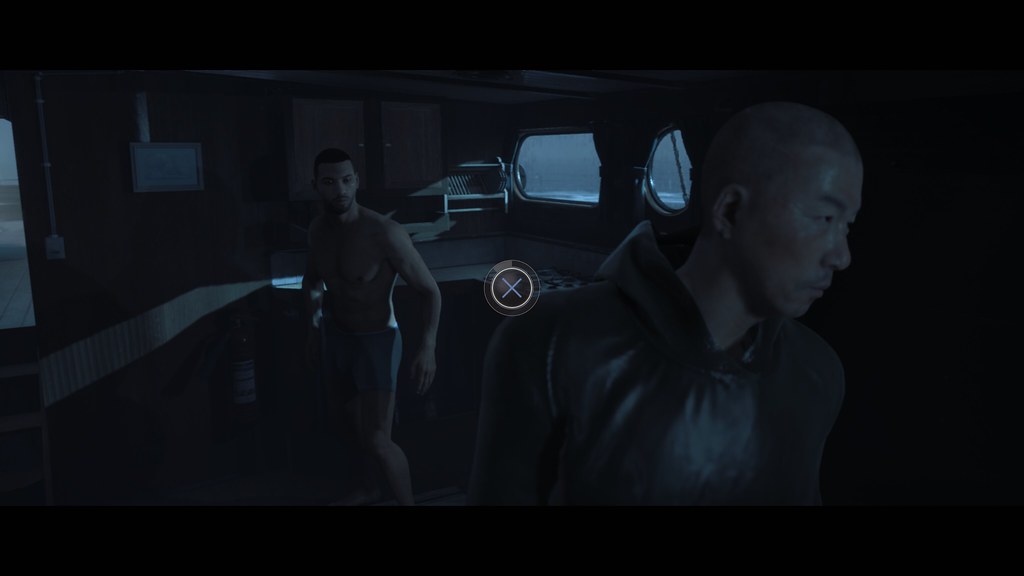 An earlier moment, which served as a tutorial, featured WWII soldiers aboard a battleship. In its final moments, my partner and I believed our characters were separated and succumbing to differing grisly fates. When we met up after the playthrough, the questions flowed quickly — where did you go? What did you see? How did you die? It turned out our characters were actually in the same room, but experiencing different supernatural visions that resulted in us killing each other.

This excitable exchanging of notes made a playthrough of Movie Night mode even more dramatic. The couch co-op mode lets five people each choose a character, then pass the controller when each corresponding character is in control. Having all just come out of a first runthrough, everyone in my party had opinions about which choices we should make, all willing to miss a quick time event or make a more aggressive remark just to see how the narrative would shift. And shift it did — seedier details were revealed, different clues were unlocked, and we even got a character’s ear cut off (sorry Conrad!).

While Until Dawn organically worked as a more communal experience, Supermassive has woven that idea more elegantly into Man of Medan. Its naturally collaborative modes serve to heighten the game’s suspense and add interesting new layers to an already delightful horror romp. My choices felt impactful, and it was fascinating to see how offhand comments could make ripples…or treacherous waves. I’ll be grabbing a friend to see where the story goes next when Man of Medan launches August 30 on PS4.