Philip Lubin, a researcher at the University of California at Santa Barbara’s Experimental Cosmology Group, has proposed an innovative propulsion method that could eventually transport humans to Mars in 3-days or less. It involves an unmanned spacecraft with a one-meter DE-STAR laser sail that is propelled by aiming a powerful laser at it while still in Earth orbit, thus accelerating the craft to a significant fraction of the speed of light. 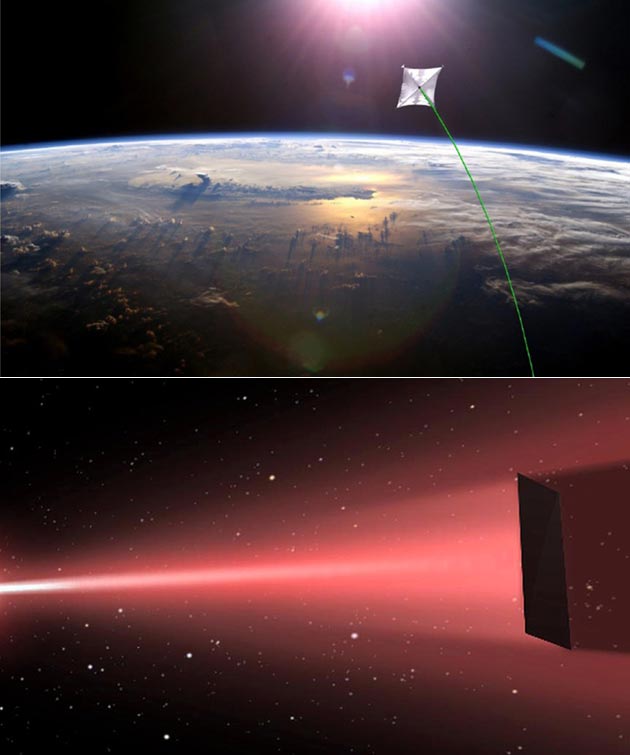 “As an example, on the eventual upper end, a full scale DE-STAR 4 (50-70 GW) will propel a wafer scale spacecraft with a one meter laser sail to about 26 percent the speed of light in about 10 minutes, reach Mars (1 AU [astronomical unit, the Earth-Sun distance]) in 30 minutes, pass Voyager 1 in less than 3 days, pass 1,000 AU in 12 days and reach Alpha Centauri in about 15 years,” said Lubin.