Godzilla and Kong Clash in World of Warships: Legends May Update | Blogdot.tv

Prepare for a battle between titans as the “Godzilla vs. Kong” collaboration begins at the start of the May update for World of Warships: Legends. The collaboration comes alongside new events, like revamped Ranked Battles and a campaign to earn a new French Battleship.

First and foremost is the legendary battle of monsters between Godzilla and Kong. Throughout the May update, you can get the unique commanders Godzilla and Kong with special effects and skills for your Japanese and American battleships, plus the exclusive premium ships Heat Ray and Primal to pair with them. Plus, the legendary titans tower over these ships in port, waiting to go into battle. Be sure to stock up on “Godzilla vs. Kong” camo and supplies before they’re gone!

Ranked battles are coming back with a new format that is sure to be interesting. As you progress through the ranks, it will become more difficult. There will be two seasons in the update, and each season is divided into three leagues determined by your rank. Each league becomes harder, with a higher tier, less players on each team, and less of the losing team getting to keep a rank star. The rewards are as great as ever, including steel, commander progression items, and even some doubloons. Climb through the ranks & reach the top to get all of them.

Those aren’t the only events, there’s also a new campaign for a tier VII French battleship, “A Tall Glass of Victory.” If you haven’t guessed, this ship is named for the renowned province of Champagne and its celebratory beverage. Based on the Gascogne design, but with six powerful & accurate 406 mm/50 guns and greater speed, the Champagne is also somewhat fragile like a wineglass. The campaign will run for 5 weeks and has 100 milestones, with loads of rewards along the way.

A surprising addition comes in the form of two new Legendary Tier ships and bureau projects. The American light cruiser Worcester returns permanently to bring her heavy dual-purpose barrage of 152 mm guns means that she can put up a fiery wall of flak as well as a hail of shells onto enemy ships. Meanwhile, the French large destroyer Klėber is joining the fun as an extreme high-speed skirmisher. Both of these legendary tier ships are available for research in the Bureau, get started on them!

Plus, there are a bunch of balance changes coming to various cruisers and destroyers, so check out the patchnotes to learn more in detail. Get ready for a titanic update and turn the tide. 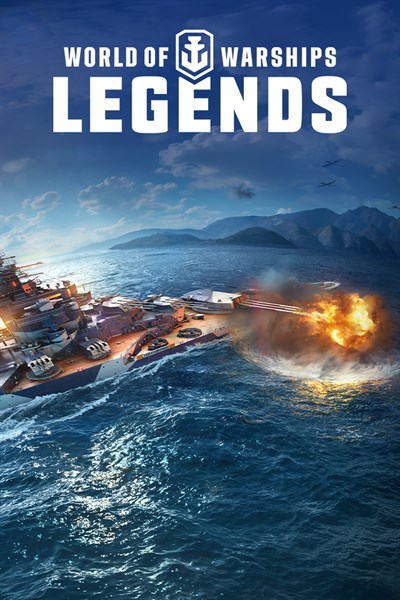 ☆☆☆☆☆ 369
★★★★★
Get it now
Experience epic naval action in World of Warships: Legends, a global multiplayer free-to-play online game in which you can master the seas on the decks of history's greatest warships! Recruit Legendary Commanders, upgrade your vessels, and stake your claim to naval domination alongside and against players from around the world. FREQUENT UPDATES New content in the form of ships, Campaigns, Bureau Projects, events, and more arrive regularly! Each update brings new features to shake things up in-game. FEATURE RICH Develop Legendary warships such as Yamato from the ground up in the Bureau, compete in Ranked Battles seasons for exclusive patches and extra rewards, and finish epic Campaigns to gain powerful new ships! CHOOSE YOUR COMBAT STYLE Take control of over 120 destroyers, cruisers, and battleships—a range that's perfect for every playstyle, whether it be an all-guns-blazing approach, more careful and methodical attacks, or tactics that are unique to you. TURN THE TIDE IN EPIC 9V9 BATTLES Join forces with friends to challenge players around the world, and work together across consoles to devise strategies and plan attacks via voice chat. Cooperate to outgun your opponents and Turn the Tide of battle! World of Warships: Legends features loot boxes known as "containers" and "crates." These provide various items to boost your in-game progress