One of the Ghosts’ main adversaries is recruiting sinister new allies in a new branching storyline for Ghost Recon Breakpoint, but the Ghosts are fighting back with the new Pathfinder class, which can command a rogue Azraël drone to target foes with airstrikes. Episode 3: Red Patriot comes to Xbox One on September 15, and in addition to the new adventure and new class, this episode will bring PVP updates and a bevy of new items for Maria’s in-game shop to help you update your Ghost’s look and loadout.

By now, most Ghosts have crossed paths with Trey Stone, the nefarious head of the Sentinel PMC whose respect for human life leaves a lot to be desired. In the new story adventure, Red Patriot, Stone has recruited a Russian separatist group, the Bodarks, to plan attacks on American soil. Naturally, the Ghosts are having none of it, and they’re on the hunt to take down the Bodarks and put a stop to Stone’s plan. Across the 10 missions of this adventure, players will navigate a branching storyline and decide how to handle optional mission objectives to tailor their approach to stopping Stone. The first two missions will be free for all players, and they can purchase the full adventure from the Microsoft Store. Year 1 Pass owners will be able to play through all 10 missions, and players who complete the adventure will earn a bumper crop of rewards along the way.

As they size up their new enemies, the Ghosts will have some new tricks up their sleeves. The new Pathfinder class can call down airstrikes from a rogue Azraël drone flying high above, giving the Ghosts powerful air support to leverage in a fight. The Pathfinder’s class-specific tool is called the Uplink Protocol, a valuable item that recharges the airstrike ability and can only be found among well-hidden caches. Among the Pathfinder’s passive skills is the ability to highlight such caches, as well as a new kind of thermal vision called Scout Vision. Rounding out their unique set of skills is Wild Metabolism, a passive skill that makes the buffs from consuming rations last longer and have a bigger impact. Year 1 Pass holders will be the first to get more from their munchies (and, you know, the whole airstrike thing) with one-week exclusivity starting on September 15. After that, the Pathfinder will be free for all players to unlock.

For those who enjoy the taut, tactical showdowns of Breakpoint’s PVP mode, Ghost War, a new map is inbound, as well as three new missions tied to the Pathfinder and two exclusive rewards for efficacy with the new class.

It’s all coming to Xbox One in Episode 3: Red Patriot today, so pull on your Ghillie suit, load your co-op buddies into the chopper, and get ready to Ghost. 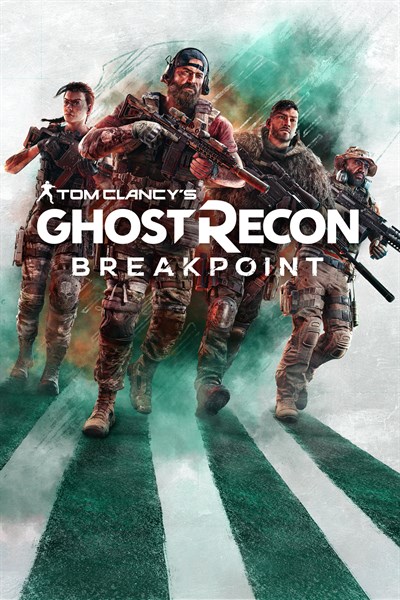 ☆☆☆☆☆ 376
★★★★★
$59.99
Get it now
Xbox One X Enhanced
Free Trial
Play Tom Clancy's Ghost Recon Breakpoint full game for free for 6 hours by downloading the trial! Your progression is saved if you decide to buy the game. Experience a military shooter set in a diverse & hostile open world that you can play solo or up to four-player co-op. LIVE THE LIFE OF A TRUE GHOST STRANDED BEHIND ENEMY LINES Injured, without support & hunted down, test your survival skills and fight back. FACE YOUR TOUGHEST ENEMIES With your own play style, take down the Wolves, ex-brothers-in-arms gone rogue and their leader Cole D. Walker. ENJOY A TRUE SOCIAL EXPERIENCE Team up with your friends, and experience shared progression from the main campaign to PvP. Explore rich end-game content including four-player raids. Upgrade to the Gold Edition or Ultimate Edition to get the most out of your experience including the Year 1 Pass and more. Free trial: note that Year 1 Pass and Ghost Coins can only be used in a purchased version of the game.