Pump some iron into your holiday celebrations and work toward ultra-exclusive Schwarzenegger and Milla Jovovich rewards for World of Tanks!

Stick around to get all the details you need to break the ice whenever someone at Christmas dinner asks what you’ve been up to lately. We’re going to play a wonderful game in World of Tanks Modern Armor: Holiday Ops!

Available during the new Allegiance season, Holiday Ops is a community-driven event that starts December 13th. During this special op, get ready to let off some steam and earn exclusive themed rewards based on the team of your choice. Battle for Team Arnold or Team Milla, and work with your teammates to unlock your rewards!

As stated, this is an all-new community-driven event where, in pure Christmas spirit (minus the fighting between relatives), you band together for an unforgettable event during the season.

All players earn points by ranking among the top 10 XP earners of their teams in a battle. The points will then be added to count toward the event’s seven stages, where your rewards await. Just a note: you need to earn at least 20 points for your team in order to be eligible for your rewards. So, make sure you jingle all the way with your best vehicles right from the get-go, as these rewards are nothing short of season classics in the making.

This is your chance to recruit two of the most unique commanders to ever appear in World of Tanks Modern Armor by going all in, guns blazing, in pure action-flick style. Get ready to put Arnold Schwarzenegger and Milla Jovovich themselves at the command of your favorite tanks in addition to earning more incredible rewards ranging from Silver, team-specific Camo and Emblem vouchers, Key Cards, boosters, Premium Consumable bundles, special discounts, and more!

If both teams complete all the stages, you will unlock three additional Premium medium tanks to pick from for your World War II collection, starting with the T42. This tried-and-tested support tank is mobile and has a quick aim time, excellent accuracy, and a powerful gun with outstanding penetration and depression values. Or perhaps you’re into something more like the K-91 Version II! It’s an equally mobile and well-armed tank but with a sturdier and well-sloped turret, making it suited to reinforce the frontline. Your third option is the CS-52 LIS, a jack-of-all-trades Polish Premium with good damage and penetration values, plus reliable aim time and accuracy thanks to its dependable gun.

Which one do you think Arnold and Milla would like the best? Another note: you need to wait for the opposing team to finish completing all their stages as well in order to unlock the tanks. So there’s a nice secondary reward for you: bragging rights!

It’s your chance to battle alongside two massive superstars during the Holiday Ops event. And we’d be lying if we’d said that’s all there is.

Get ready to dominate the battlefield, crush your enemies, and read their lamentations on social media once they see you unleash your M47 Iron Arnie medium tank upon them! This unique Tier X Premium tank is based on an ACTUAL tank that Arnold Schwarzenegger himself drove during his time in the Austrian Armed Forces. Later in life, he found his old service tank, purchased it, and kept it in good shape to this day (it still runs and can be spotted in various events and charity activities where Schwarzenegger participates)! So, not only can you own the same tank that the Governator used while serving in the army, you can also get ALL Milla Jovovich bundles (both 2D and 3D Commanders will be available individually or together with Cosmetics) during the Holiday Ops event. Get your bundles while you can!

Two epic teams in one massive holiday event you absolutely can’t miss! Arnold Schwarzenegger and Milla Jovovich are ready and waiting to join you and lead the charge, but you’ll have to show them that you’re as much a team player as an ace in battle before you do that. Band together, battle together, and get into the holiday spirit as you earn ultra-exclusive World of Tanks rewards! This special event lasts from December 13th through January 2nd only, so jump into battle and start earning your rewards today! 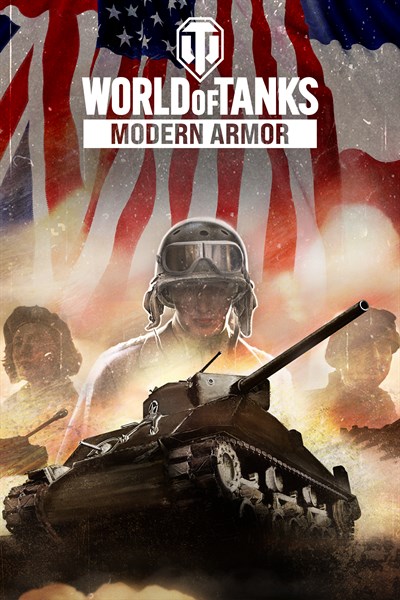 ☆☆☆☆☆1582
★★★★★
Xbox One X Enhanced
World of Tanks is a global online multiplayer free-to-play game dedicated to tank warfare in the mid-20th century. Custom built for Xbox, World of Tanks features realistic vehicles and environments, enabling players to command history’s most powerful tanks and experience combat on Xbox like never before. Features: • Strategic, fast-paced 15 vs 15 online action. • Over 700 authentic tanks to choose from among 12 nations. • Battle across a variety of environments with varying terrain and weather effects
• Built-in support for Xbox One X pushing the boundaries of graphic fidelity. • Regular updates offer new content and frequent special events.