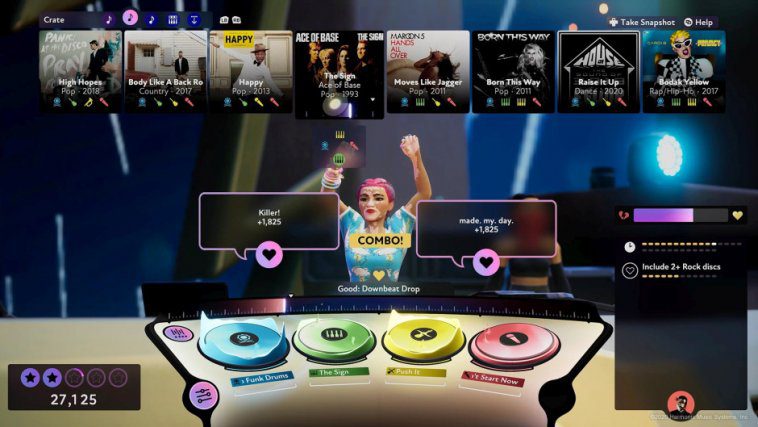 I’m excited to announce the launch of Fuser, the new music game from Harmonix that lets you live out your wildest DJ fantasies. You know you’ve had them – whether you’re an established headliner on the festival circuit or a subscriber hitting “shuffle” on that playlist you spent all night perfecting, chances are you’ve dreamed of being in the spotlight, dropping the illest beats for legions of sweaty, screaming fans. With Fuser, you can make that dream come true without ever changing out of those social distance sweatpants: You pick your songs from some of the world’s most popular hits. You craft your distinctive look. Fireworks, lasers, video screens, corgi holograms – you’re in charge of your own stage show. The crowd is yours to win, but keeping your mix fresh all night long is nowhere near as easy as it looks. You’re going to need skill, creativity, and quick reflexes if you want to make a name for yourself at the Fuser festival.

Lucky for you, Fuser gives you plenty of opportunities to develop your style and prowess. We suggest you start with the Campaign, where six of the festival’s top promoters will help you read the crowd and build your techniques as you mix your way through increasingly high-profile sets to land the coveted headliner slot. Want to play by your own rules? Freestyle mode lets you do just that: Drop discs to your heart’s content, and when you find a mix you really love, capture it and share it with players around the world online or through Fuser’s activity feed and mix browser.

As fun as it is to play in front of a massive crowd of NPCs, we know that nothing beats a live DJ session among friends. Our Co-op Freestyle multiplayer mode lets you take turns at the decks with up to three other players, while up to eight live spectators cheer you on. And for those of you looking for more of a challenge, our online competitive mode, Battles, pits you against a live opponent in a head-to-head struggle to win the love of the crowd.

Our Most Ambitious Game

Here at Harmonix, we’ve spent the past twenty-five years on an obsessive quest to bring the joy and magic of music to everyone, everywhere. With Rock Band we turned living rooms and basements into jam-packed clubs, and kept the party going all night long with Dance Central. We’ve even given players the power to remix the soundtrack in games like Frequency, DropMix, and Fantasia: Music Evolved. But Fuser is by far our most ambitious project yet. It’s a game. It’s a party. It’s a musical instrument that sounds good the very first time you play. And that’s just the beginning. Fuser also features live events where players capture mixes based on a theme. The players with the most-upvoted mixes earn exclusive in-game rewards. And our weekly song DLC means you’ll have a constant stream of new opportunities to make your mixes stand out.

Oh, and by the way, you don’t need a fancy peripheral to play Fuser. All you need is a game controller.

When we started making Fuser, we had no idea what the world would look like on its release date. We never could have imagined that music festivals everywhere would be put on hold. Back in March, when the world went into lockdown, our entire studio transitioned to working from home indefinitely. While we’re grateful to be able to continue working on Fuser during the pandemic, we also recognize the important role live music plays in uniting communities, and we feel its loss every day. From the huge multi-day festivals that were a big reference point for the Fuser dev team down to the smallest neighborhood block parties, music brings people together like nothing else. We know that Fuser is no substitute for the real thing, but we hope it brings a little light and hope into our players’ lives as they come together to perform, share, and keep the party going. 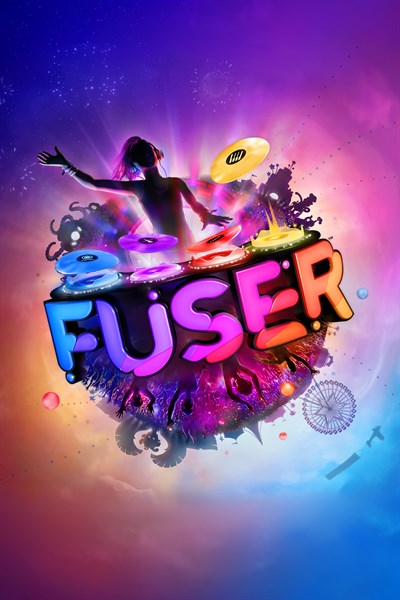 ☆☆☆☆☆
★★★★★
$59.99
Get it now
From the creators of Rock Band™ & Dance Central™ comes FUSER™ – a nonstop virtual music festival where you control the music! Combine elements of the world’s most popular songs to create your own sound or partner with friends on epic collaborations, then share your amazing mixes and headlining performances with the world! FUSER Features – Play with a library of over 100 songs including tracks from the world’s top artists – Complete challenges to unlock new skills and content in Campaign play – Explore, discover and create incredible mixes and custom effects in Freestyle play – Collaborate or Compete in Multiplayer with players from around the world – Customization options to tailor the look and feel to your unique individual style – Share your inspired mixes and mind-blowing performances in-game and online