It’s time for players to visit the “fishing town afraid to fish,” Moonglow Bay is now available for Xbox One, Xbox Series X|S, Windows PC, and with Xbox Game Pass. As you may know, this is a relaxing RPG focused on fishing and cooking, but there is a deeper story at play with many mysteries to uncover and extraordinary locations to explore.

If you watched the announcement trailer back in March at the /twitchgaming Showcase: ID@Xbox, you’ll know that the theme of loss carries throughout the bay – its inhabitants struggling with their own insecurities and uncertainties.

The story begins three years after the disappearance of your partner, swept away in a tragic accident. When your daughter River unexpectedly arrives to assist with the centennial celebrations, it sparks a renewed sense of purpose and the motivation to open your own street food business — just like you always planned.

But as you explore the town, rediscovering the people and local businesses, you realise Moonglow Bay is in really bad shape… all because of the town’s fear of the water. Would you fathom it?

Someone has to get back out there, to document the fantastic aquatic species, chart a course through the beautiful, varied zones and uncover its mysteries.

If you’ve been following Moonglow Bay on social media, you’ll have seen first-hand the incredible work Bunnyhug have put in over the past three years to get to this point. There is a ton of detail packed in here, so here’s a few pointers to get you started.

From start to finish, you can play the game in local co-op with a buddy, assuming the role of River Fisher. Together you can cruise around on scooters and motorboats, support each other during a particularly resilient catch – you can even give Waffles double cuddles! I’m sure he’ll appreciate it.

You should also think about mixing up your bait, rods and lures if you want to catch a variety of species. Across the distinct zones, you’ll need to use different techniques, such as net, trap and ice fishing if you want to complete your fishing journal.

Caught fish can then be donated to the local aquarium where you’ll be able to learn facts about the marine life – including their true names – from the curator, Marina Peixoto. Preservation is important around these parts.

Speaking of preservation, there’s a lot of debris to retrieve in the open waters and several structures around town to renovate. Making the Bay shine and sparkle again will go a long way to building bonds with the townsfolk – they might even write in your journal as a sign of trust and friendship.

And if you still don’t feel like you’ve done a good deed for the day, you can pick up a request from the town bulletin board at any time and help out someone in need. Even if that need is a portion of your freshest fish ‘n’ chips!

The rest I’ll leave you to discover for yourselves. But now that the game is out, I personally want to say thank you for joining in with our fishing puns and silly jokes over the last few months. It’s been so much fun showing you glimpses of the bay, but now it’s your turn. I can’t wait to see all of your amazing discoveries!

☆☆☆☆☆ 161
★★★★★
$24.99
Get it now
Xbox One X Enhanced
PC Game Pass
Xbox Game Pass
Moonglow Bay is set along the Eastern Canadian coastline during the 1980s and offers players a diverse and emotionally charged story, complemented by a relaxing, slice-of-life fishing RPG. You play as a rookie angler, struggling to fulfil your partner’s final wish by keeping a business afloat in the face of impending bankruptcy. Whether playing solo or with a friend in drop-in-drop-out local co-op, you’ll need to cook your catch of the day, then sell a variety of recipes to upgrade your shop, gear, and fishing boat. Combining a playful voxel art style with a sumptuous soundtrack, your journey is split into several distinct story arcs featuring a fully-inhabited town to traverse and the potential for epic encounters with the rumoured Mystical Monsters of Moonglow. With your journal and rod in hand, explore the furthest reaches of the ocean, from frigid glaciers to boiling geysers, and learn to cast nets, set traps and fish through ice, documenting over 100 varied aquatic species while uncovering the secrets of Moonglow Bay. 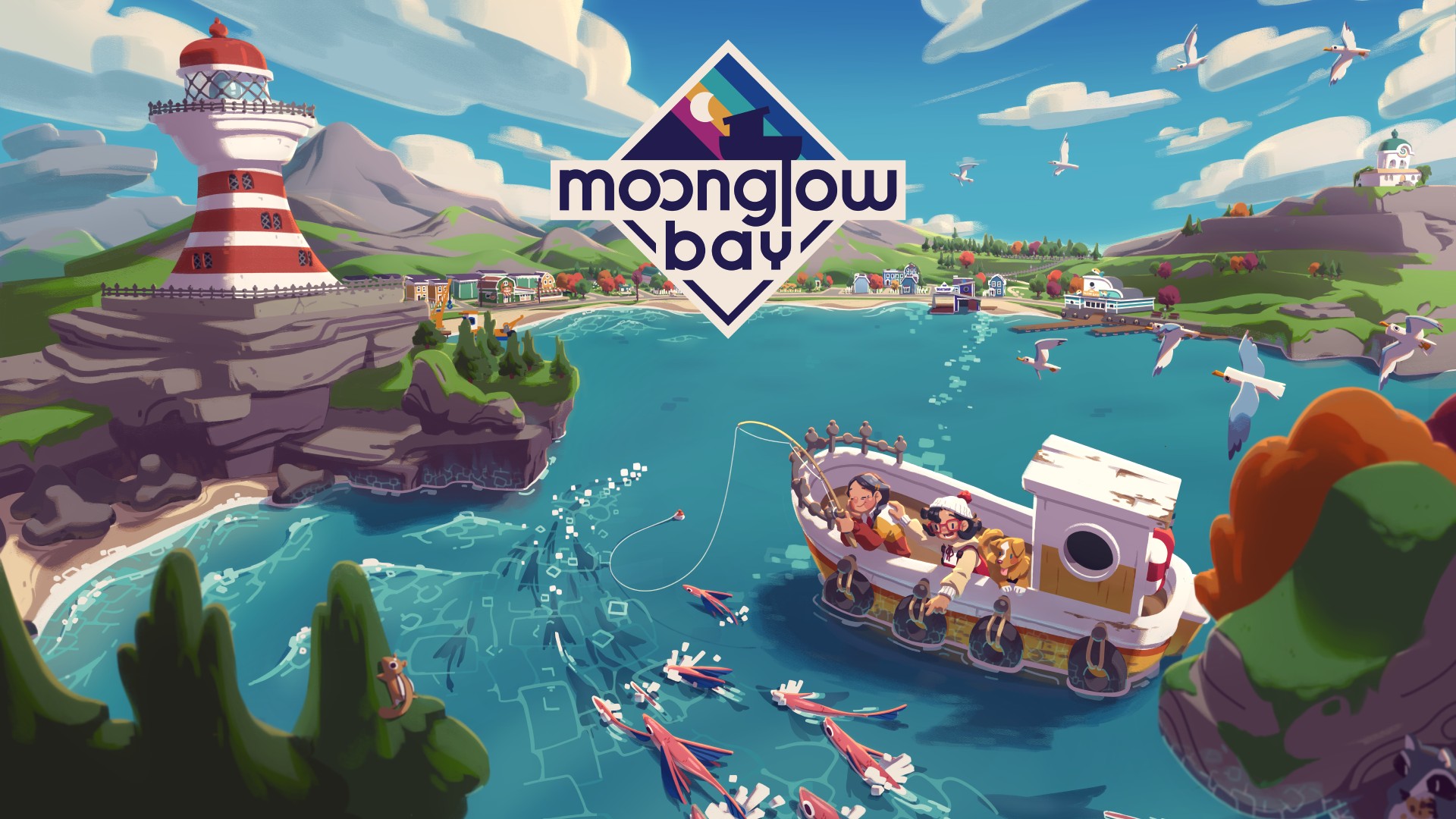