Back in Season 6, when we debuted our new map Karakin, we also announced that Vikendi was rotating out of normal matchmaking so that we could work on a full revamp of our frosty map. As we’re about to kick off Season 7, we’re thrilled to let everyone know that Vikendi has officially made its return to PlayerUnknown’s Battlegrounds on Xbox One!

Vikendi is back and better than ever with many new updates to the map as well as quality of life changes. Terrain and weather adjustments have been made specifically with community feedback in mind. Snow has been applied to certain areas of the map that made more sense, while most of the snow has been removed or reduced. Weather options now include Clear or Snowy.

Towns and landmarks have also been updated, most notably our newly revamped Dinoland, previously known as Dino Park! Be sure to visit this hot drop amusement park to check out the new, bright visuals and attractions that have opened. A Ferris wheel, roller coaster, merry-go-round, bumper cars, and a special museum tour inside the volcano building are now open for admission!

Perhaps the most exciting update on Vikendi is our new railway system. The outer-circle line consists of eight train stations and three trains that extend along the perimeter of Vikendi, with the inner lines consisting of four train stations of six trains that connect in the inland areas of the map. To make way for this huge new transportation update on Vikendi, we have removed the Snowmobile and Snowbike and adjusted spawn rates of vehicles, so be sure to hop on a train and catch a ride to where ever you need to go!

With the Mosin Nagant, we’re testing out the idea of shared stat weapons, so while the stats mirror those of the Kar98k, the Mosin will feature its own look and sound. Our goal here is to continue to bring long-run weapon diversity while maintaining overall gun balance. We’re excited to hear your feedback on this, so be sure to let us know your thoughts!

A new season wouldn’t be complete with a new Survivor Pass! Survivor Pass: Cold Front is your ticket to all the cool new Vikendi-themed outfits in Season 7. With costumes ranging from Dinoland employee apparel and mascot costumes and more, there’s something for everyone. Players can also once again unlock community rewards by working together, so be on the lookout for data discs! Survivor Pass: Cold Front is available for 1,000 G-coin through the in-game store.

We’ll see you on the Battlegrounds with Season 7 on April 28! 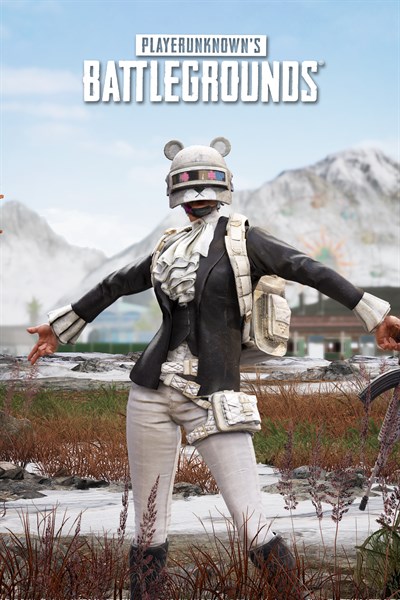 Related:
SnowRunner Available Today on Xbox One
Dread Nautical Brings Unique Tactical RPG Action to Xbox One on April 29
New Games with Gold for May 2020