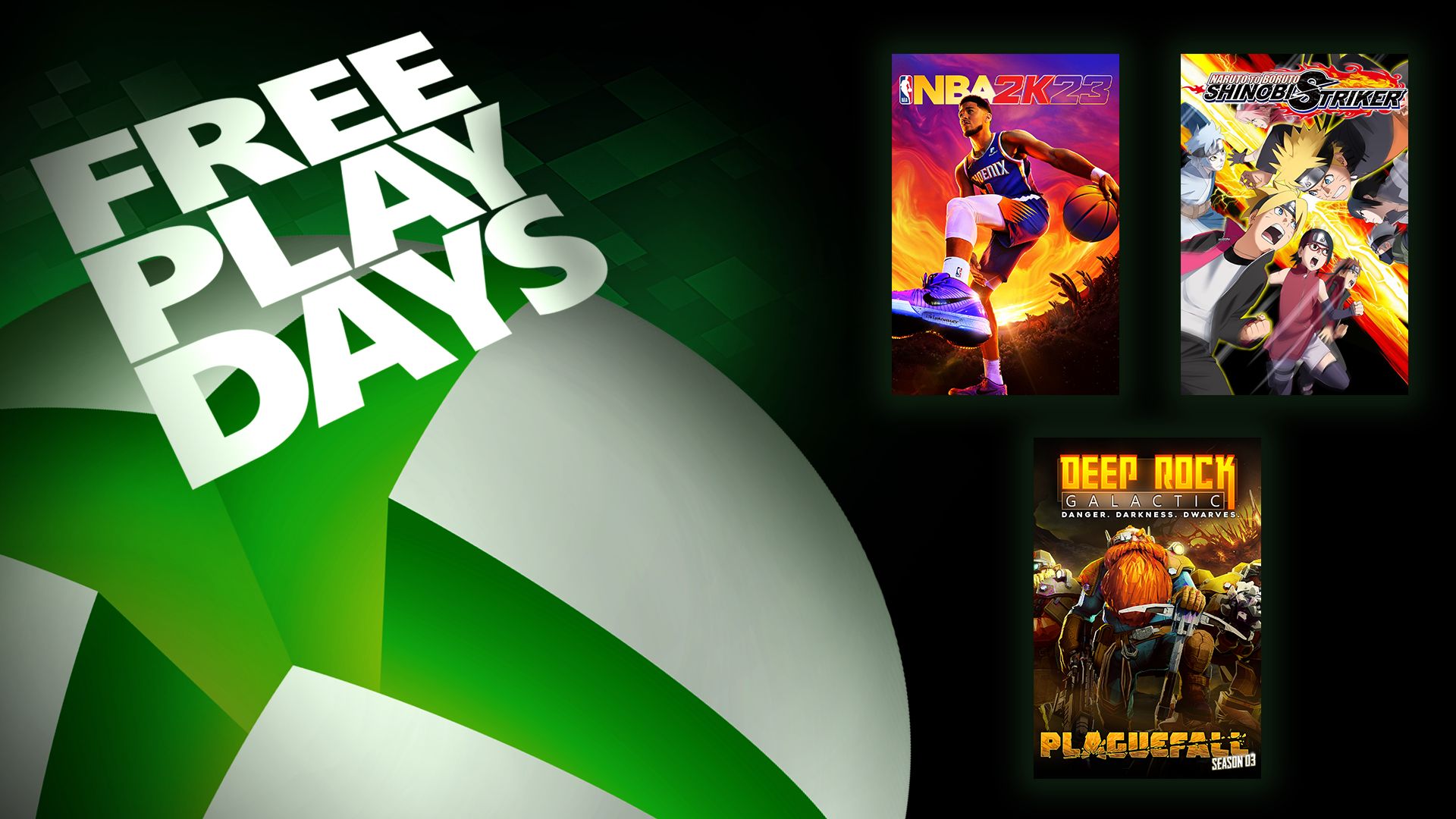 Hoop it up or battle it out this weekend during Free Play Days. NBA 2K23, Naruto to Boruto: Shinobi Striker, and Deep Rock Galactic are available this weekend for Xbox Live Gold and Xbox Game Pass Ultimate members to play from Thursday, November 17 at 12:01 a.m. PDT until Sunday, November 20 at 11:59 p.m. PDT.

Find and install the games on each of the individual game details page on Xbox.com. Clicking through will send you to the Microsoft Store, where you must be signed in to see the option to install with your Xbox Live Gold or Xbox Game Pass Ultimate membership. To download on console, click on the Subscriptions tab in the Xbox Store and enter the Gold member area to locate the Free Play Days collection on your Xbox One and Xbox Series X|S.

Starting today, answer the call and realize your full potential in NBA 2K23 during Xbox Free Play Days now until November 20. You can challenge friends, slam it up in Season 2 with Devin Booker, and make your hoop dreams a reality with this exclusive free access.

Answer the call of the shinobi! Create your own custom shinobi, or select your favorite character, and participate in 4v4 battles where you can unleash a multitude of ninja techniques on your opponents. Follow your ninja way and lead your team to victory!

Deep Rock Galactic is a 1-4 player co-op game where you play as badass space dwarves. You earn your wage by going on mining missions in the caves of the planet Hoxxes to complete lucrative objectives. The caves of Hoxxes are home to numerous threats and hordes of alien monsters that you must overcome if you mean to survive. And if that’s not enough, Season 03: Plaguefall introduces a whole new threat – the Rockpox. An Insidious lithophage infecting the very planet itself that you will have to deal with in new mission objectives and events. The season also introduces 4 new grenades, a new Performance Pass with 100 levels, and many other features. Deep Rock Galactic is available on Xbox Series X|S, Xbox One, Windows 10, and is included in Game Pass. Suit up, miners, time to earn your pay. Rock and Stone!